What are the Pros and Cons (Advantages and Disadvantages) of a Delta wing and a Straight wing against each other, and if a Variable wing with a capability to become a Forward Swept wing is even possible to create.

At low speed, the key to reducing "induced drag" is to have a high aspect ratio, that is, you want wings that are long and skinny. Think gliders. Now of course, these are not easy to build, and for entirely practical reasons you might want something that's more square-ish than a glider. That's one of the many engineering trade-offs every aircraft design requires. Check out the svelt wings on this Q400: 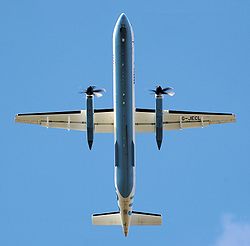 First, as you enter the transonic area above around 450 mph, a new form of drag begins to form, the so-called "wave drag". The way to reduce this is to make the wing as thin as possible, or to be more specific, have as little curvature on the top and bottom edge. Ultimately you want an almost flat plate.

Now of course, lift is generated by that curvature, so that's a problem. And when you try to reduce that curvature to lower wave drag but still want the same lift, well then you have to make the wing larger front-to-back (think about it) and now your induced drag goes up, and skin friction too in most cases.

So then there's a trick. If you sweep the wing to the rear then the air flowing over it travels across a longer distance. So it thinks the wing is longer front-to-back and has less curvature, and that lowers wave drag. Yet at low speeds, the air smoothly flows over the curves and sees the original wing profile. So you get a thick wing that looks thin. Check out this F-86, notice that the wings are actually pretty thick: 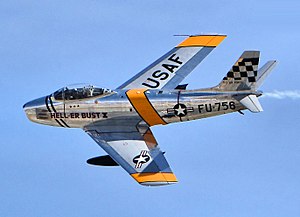 Now as you go supersonic, things change yet again. In this case the drag is minimized by having the least width you can get away with. So for these sorts of designs you want short stubby wings with lots of chord (front-back) and you end up with the F-104.: 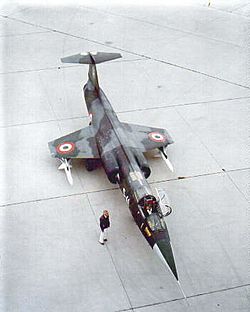 Now you have a wing that is absolutely terrible at low speeds, and for that reason, lots of F-104s crashed while the pilots tried to keep up with the plane while landing at redonkulous speeds needed to keep the thing in the air.

Deltas are mostly just swept wings with the inside filled in. If you want to see an example that really illustrates this, look at the English Electric Lightning: 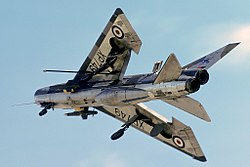 If they filled in that little part, it would be a delta. But there is one trick that you get in a delta you don't get in a swept wing...

At very high angles of attack, with the nose high, the air along the leading edge of the wing can generate a vortex right along the fuselage. If there is a wing under it, this generates lift. Poorly, with lots of drag, but lift. So then you get this little one-trick-pony effect; this will works really well at high speed, but also works OK at really low speeds too. But it only works if the vortex is above actual wing, so the Lightning didn't get all the advantage here.

The problem with deltas are that they are big and heavy, but they also get more room inside for fuel. More trade offs. But then someone came up with a new idea: make a normal swept wing and then add a little bit of delta: 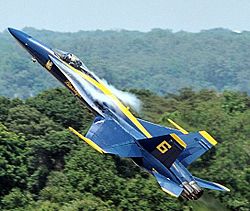 You can even see the vortexes in this image. In this case the little-bit-of-delta is called a "leading edge extension".

Variable wings are simply an attempt to put all of these on a single aircraft. Rotate them forward and you have a nice long skinny wing like the Q400. Rotate them back and you have a really swept wing or even a delta, and at the same time the width is being reduced. So now you can go fast or slow. Just weighs a lot.

Swept forward is basically identical to swept back. This isn't about lift in this case but an attempt to control something called spanwise flow. Check out this MiG-17's wing: 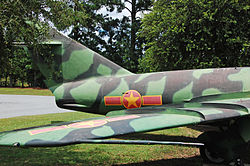 Do you see those metal plates? What happens on a swept wing is that the shape causes some of the air to move sideways. This is a Bad Thing. So these plates grab sideways moving air and redirect it over the wing again. The same thing happens on deltas, check out the notch on the CF-105, same idea: 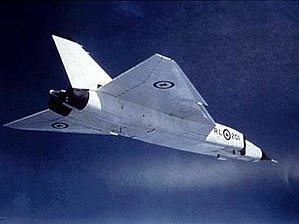 Now the idea here is that the wind is following the wing's leading edge. So what happens if you sweep it the other way? Well then it follows the wing into the fuselage, and stops. Presto, problem solved and no plates or notches! The problem is that it's really hard to actually make one that doesn't snap apart, which is why it's not common.

The big differences between a delta wing and a straight wing break down into thinking about them in two ways: aspect ratio and sweep. A delta wing is going to have a small aspect ratio (short and stubby) as well as sweep. Straight wings can have a small aspect ratio (think F-104) or large aspect ratio (more like a U-2). Delta wings have high induced drag (not good for slow flight) but have favorable characteristics at high speed (like low wave drag). Straight wings can be stronger because they can be easier to manufacture (this is quite a generalization). When you make them high aspect ratio, you get lower induced drag and good high altitude performance but of course there are downsides. You can have aircraft with swept wings that are not delta wings (B-52) for reasons like manipulating the spanwise flow or keeping the wings out of shockwaves. You can find a lot of literature on wing design; these are just some highlights. A couple examples of swing-wing aircraft that transition from straight to highly swept in flight are F-14s and B-1Bs. The X-39 had a forward sweep (made the aircraft very maneuverable) and it flew successfully but it is difficult to build structure like that to handle loads.

Not the answer you're looking for? Browse other questions tagged wing fixed-wing wing-sweep or ask your own question.

21
What are the different wing planforms? What are each's advantages? Where are they commonly used?
16
Why are swept wings better for breaking the sound barrier?
8
Where is the spanwise flow? How does the span wise flow point the air towards the wingtip?
12
What are the advantages and disadvantages of a delta wing compared to a swept wing?
2
Could a variable sweep aircraft also use negative angle?

32
What are the advantages of a forward-swept wing over a rearward-swept wing?
16
How would an Inverted Delta Wing planform behave, Straight part forward? Are there wings shaped this way?
6
What are the benefits of a pivot wing?
13
What are the advantages and disadvantages of an oblique wing over a swing wing?
16
Why did the Avro Vulcan use a delta wing?
0
Spanwise flow and wingtip vortices in forward-swept wings
15
Why do some airplanes have simultaneously a straight wing and a swept horizontal stabilizer?
8
For aircraft with variable-sweep wings, how unstable is it to have each wing in a different position?
2
How does a variable-sweep-wing aircraft keep wing-mounted payloads straight?