In a Practice Forced Landing (PFL), what are Low Key and High Key and how are their locations determined?

Please explain what are "low key" and "high key" in practice forced landings? Are they any particular locations with respect to the airfield? Are they the same for every aircraft? Will they change based on runway elevation?

Practice (or real) forced landings and (SFO) simulated flame out (or actual flame out - engine failure) maneuvers are done often by the military in the fashion shown in the pictures below. Part of the reason for this type of maneuver is due to the characteristics of the aircraft involved. For example, high speed fighter jet aircraft need to fly fast and they use this maneuver to dissipate speed and altitude in a relatively short space.

Regarding the SFO or actual Flame Out:

The High Key position is generally when the aircraft is somewhere over the first third of the runway and is the point at which the pilot will begin his right/left turn and start his descent (if currently level). If it's an actual flame out, then the aircraft may be in a descent prior to reaching High Key but should be attempting to be at or near the altitude that was practiced during a simulated flame out (when training).

The Low Key position is generally abeam the approach end of the runway.

These "Key" positions serve as altitude and configuration reference points in order to ensure that the aircraft will be at the proper position, speed, and altitude over the end of the runway.

The altitudes (which may vary based on aircraft type) utilized for the SFO and forced landing maneuvers are based on above ground level (AGL) and the AGL altitudes won't change based on runway elevation.

The pictures below show how these maneuvers generally are done: 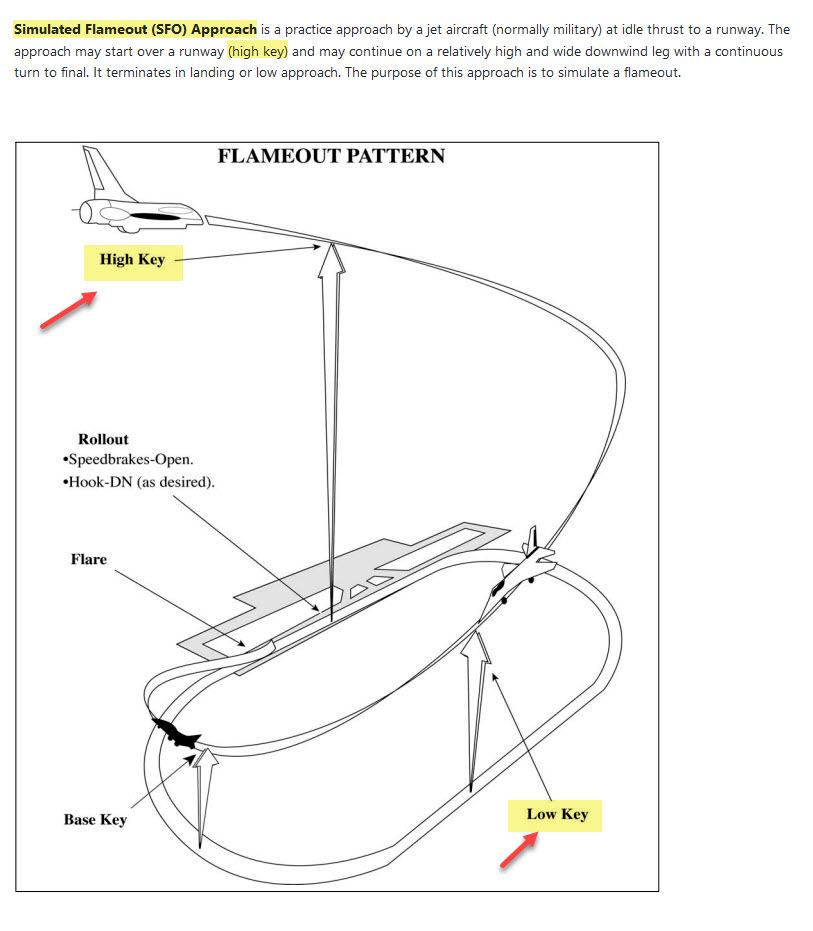 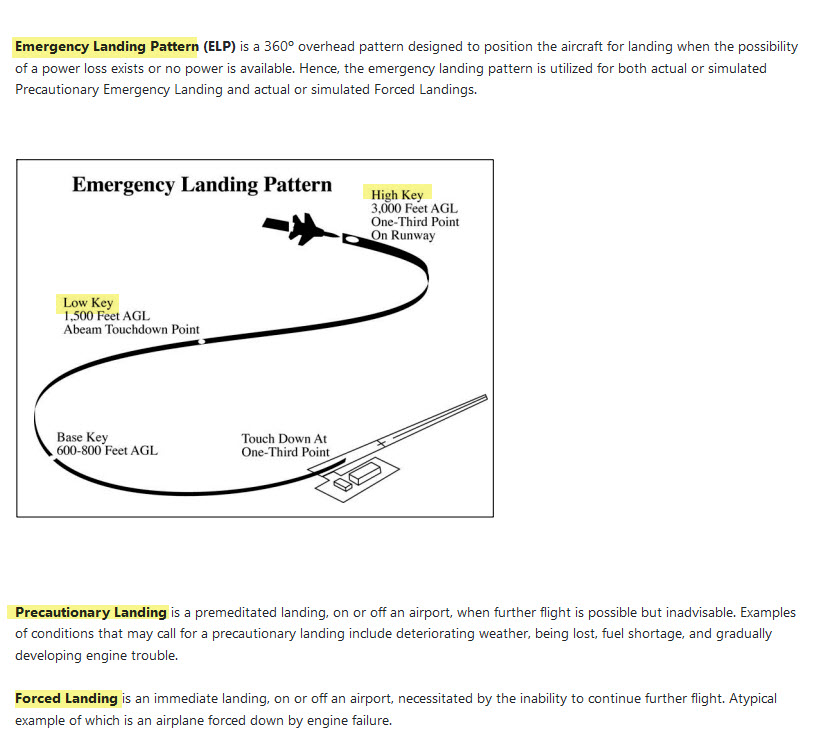 Not the answer you're looking for? Browse other questions tagged flight-training emergency terminology or ask your own question.

14
What are the effects of different seasons on flight training?
18
What makes intentional low or missed approaches legal?
30
Principle of aerodynamic lift: are misconceptions also taught in flight schools?
15
What happens if an aircraft declares an emergency while there is another aircraft ahead cleared to land?
28
F-111 emergency landing with no wheel; what is done to reduce risks when loosing a wheel?
7
What are the SOPs following an overweight landing?
19
What is the difference between fail-safe and fail-soft?
7
What does “leave clear on its left” mean in UK regulations relating to collision avoidance on non-runway landings?
0
What prevents the use of an EMAS along the sides of a runway?