What is the non-projected cross-hair for on the F-18 HUD?

I haven't seen this on any other HUDs. Appears to be present on all variants including Super Hornet. 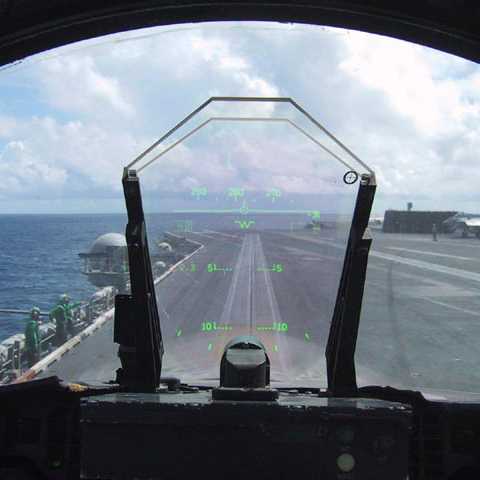 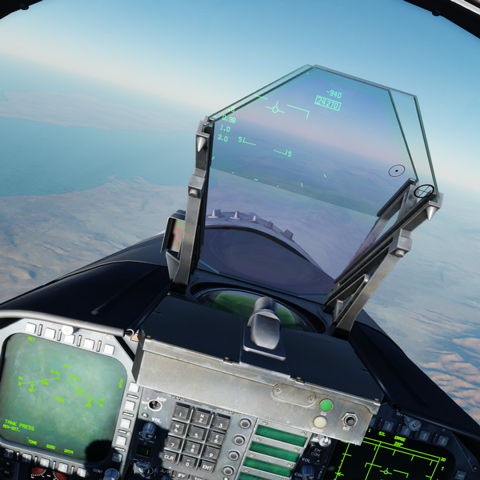 It is a "Standby Reticle":

A fixed standby reticle (Figure 7–151) is available in the upper right side of the HUD for use in performing visual designations in the event of a HUD failure. The reticle is fixed at a 15-mil depression angle from the gun boresight. If the HUD fails, the HUD symbology is available by selecting HUD via the menu on the left or right DDI [Digital Display Indicator]. To perform a HUD designation in the NAV or A/G [Air/Ground] mode when the HUD is inoperative, the pilot first places TDC [Target Designator Control] priority to the HUD (either by placing the sensor switch to the normal HUD position, or to the left or right DDI displaying the HUD symbology). The mission computer slaves the radar in AGR mode to the LOS [line of sight] of the HUD standby reticle. The pilot maneuvers the aircraft to position the standby reticle over the aim point and actuates the TDC to perform the designation. The aim point position at the LOS of the standby reticle is computed. The pilot may use the HUD display on the left or right DDI to null the steering error when automatic weapon delivery is being conducted.

The standby reticle is used when the HUD fails for designating targets. The pilot must lean to the right and line up the cross-hairs with the dot so that the bore-sight is accurate.

Not the answer you're looking for? Browse other questions tagged military cockpit hud f-18 or ask your own question.

8
How does the HUD Display System work?
9
Are HUD systems available for light GA aircraft?
8
What are the visual differences between the F/A-18 Hornet/Super Hornet and the EA-18G Growler?
4
What methods are used to perform head tracking in the cockpit?
21
What does it mean when pitch numbers move all over the HUD screen?
4
What do all the indicators on a HUD mean?
2
How does a HUD track a runway?
10
What are these accelerating flare countermeasures called?
1
Why does the F16 HUD give you one number for your speed and the analogue gauge another?
14
How do pilots align the HUD with their eyeballs?