Recently while I was on a flight, I've noticed this area near the front door on a Boeing 767 aircraft. I'm a total aviation noob, I just wonder what are these and what they are used for. 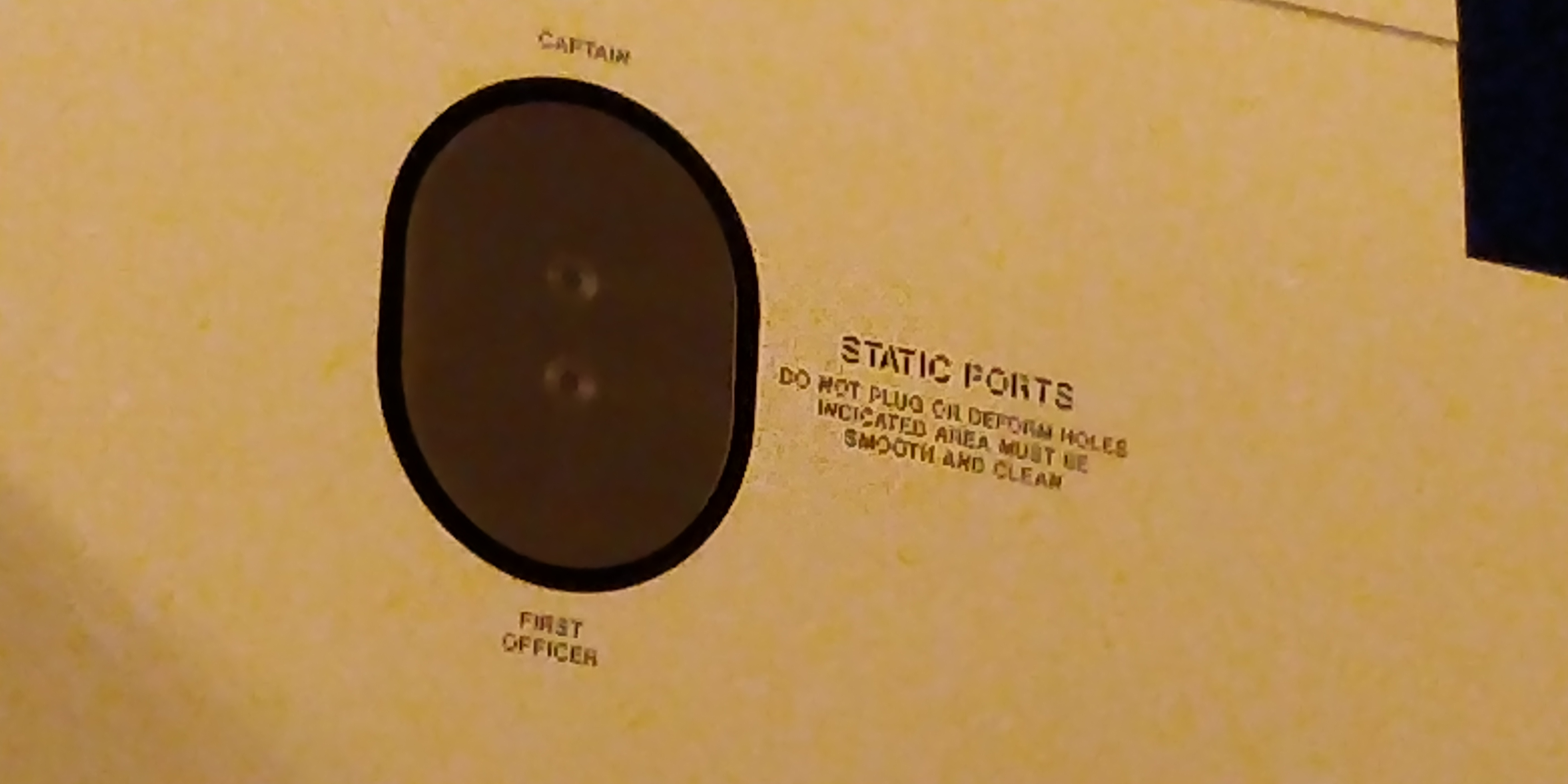 The "static ports" allow air into the instrument to provide the input for the air pressure on the side of the aircraft. They are called "static" ports because in general they take in air at the ambient pressure which does not change very much as compared to the pitot tube which takes in air as the plane rushes through it, thus frequently changing according to the speed of the plane. The pitot tube is usually located on the bottom of the plane and is pointed forwards.

The airplane instruments that need barometric data, airspeed, altitude, vertical rate and all that, need to have a connection to the atmosphere that reads the true ambient air pressure unaffected by the dynamic factors going on in the air stream. You can't measure the air in the pressure hull for obvious reasons, and you can't just measure the pressure in an unpressurized part of the fuselage because there is usually some amount of ram or suction influence on the air within that space and it can't be relied upon as a true indication.

The only place where you can measure true ambient (or static atmospheric) pressure on a body moving through the air at high speed is with a hole that is flush to the surface and perpendicular to the airflow. That's what the static port is. It's always along the side where the surface is more or less perpendicular to the air stream, and is usually near the front where the equipment that needs to measure the ambient pressure resides. Hence the static ports just aft of the cockpit beyond the curve of the nose.

Not the answer you're looking for? Browse other questions tagged boeing-767 or ask your own question.

15
Does the pressure at the static ports drop as the aircraft's speed increases?
11
How does a pitot plate work?
1
What are these two circular areas on the fuslage of Fokker 100?