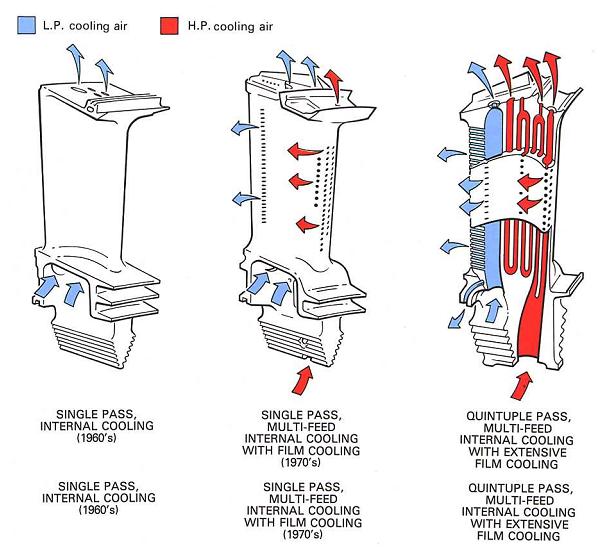 would you please guys explain why do they use LP air with HP air to cool the turbine blades?

Low pressure compressor air can be used for turbine cooling, but usually it can only be used to cool the low pressure turbine. For the HPT, you need cooling air from the HPC. This is because the cooling air must come from a location in the compressor that is a higher pressure than the part of turbine it is cooling, so it will actually flow into that turbine location.

Cooling air from the compressor is air that the engine has compressed, so put energy into, but doesn’t get the full energy out of, when it enters the turbine as cooling air. So, you want to use as little as possible, and take it from the early stages of the compressor, rather than the back of the compressor, where even more energy has been put into it.

But.... the cooling air has to be taken from a location within the compressor that is a higher pressure than the turbine location which it is cooling, so that it actually flows into the turbine.

Why the picture shows both LP and HP air in the same blade:

In the picture you show, the same blade is being cooled by both LP and HP air. This appears to contradict this answer. If one can use cooler LP air, why use the hotter, more parasitic HP air. I found the source of your image, and the text there doesn’t explain this contradiction. But if you look at the two images attached, you can see that the pressure around a turbine blade is not uniform. There are higher pressure regions especially at the front of the blade, while the pressure at the trailing edge is lower. Since you always need your cooling air to have a higher pressure then the static pressure at the location of your outlet, you need high pressure cooling air at the front where the pressure on the blade is high and you can get away with using lower pressure cooling air at the back since the pressure on the blades trailing edge is low. 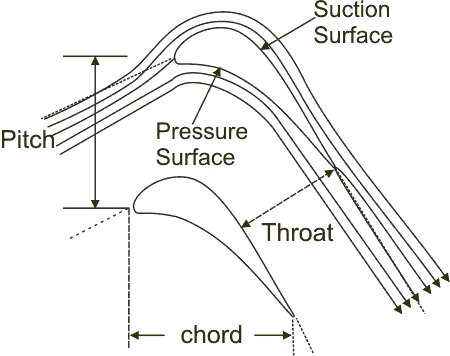 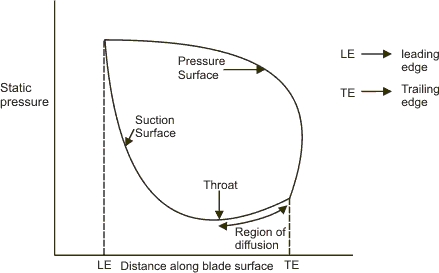 Not the answer you're looking for? Browse other questions tagged turbine blade or ask your own question.

4
How are turbine blades overhauled?

5
What are the limitations of using a single shaft between the compressor and turbine in a jet engine?
12
Compressor-Turbine: Why a shaft and not kind of a "rotating drum"?
10
Why do many large turbofans have a gap (of turbine blades) between the LP turbine and HP turbine?
13
What engine are these fan blades from?
6
Why aren’t diesel piston engines used on aircraft like the Saab 340 or L-410?
4
Are turbine and compressor blades and vanes cast or forged?
2
Could high density abrasion-resistant ceramic turbine blades allow for the use of borane fuels?