Why then don't aircraft fly even higher, for even greater efficiency? [duplicate]

After reading various superb QA on here I now see that (basically) aircraft are more efficient per passenger-mile, at higher altitudes.

Why don't we go even higher, than current typical airliner cruising altitudes?

If there's an efficiency transition, have we reached it?

Above this altitude the aircraft cannot fly fast enough to generate enough lift to stay aloft.

This is affected by:

So, overall, engines are getting better, but you gain more flying a bit lower, at your ideal cruise speed, and thus consuming less.

Some do (or have in the past) but very high altitudes present their own issues. Historically the Concorde cruised anywhere from FL550 to FL600 and was actually allowed to climb and descend at its discretion up there since they were well clear of any traffic. However the increase in pressure differential on the airframe as well as supersonic flight meant the airframe saw much greater wear and tear per cycle than its lower altitude friends.

At some point you get near the coffin corner a point at which, even if you have enough thrust your stall speed exceeds your critical mach number (effectively your wing can't work right). The U2 spy plane is capable of flying right on this edge.

One of the big practical limiting factors is also the rapid descent requirement for airframe certification. The FAA requires that in the event of a depressurization the aircraft can get down to 10,000 ft. (no oxygen required altitude) in 10 minutes as discussed here. The higher you go the faster the emergency descent needs to be, eventually this becomes an engineering issue and the airframe becomes the limiting factor since you don't want to exceed Vne in the dive.

Just want to jump in with an answer (rather than a comment) as it seems more than one answers might want to suggest that maximum ceiling on current aircraft is dictated by (available) engine power.

Flying at higher altitudes: yes, you lose density, yes, you lose a bit of lift, because of that, and yes, you will need to fly faster in order to generate that lift. The aircraft could not care less though: That higher speed is combined with a decrease of density. Which means the wing will see the same dynamic pressure and suffer the same aerodynamic forces as on the ground. That is why there is a difference between IAS and TAS in the first place. The same L/D ratio means you generate the same lift and the same drag (ok, almost) as at sea-level.

And while it might make a difference for a piston/prop engine, a jet engine is not delivering constant-power, but constant-thrust. Which means engines impart the same Force on the airplane, regardless of how fast we are moving.

So where is the catch for the airplane ceiling? Compressibility. Once you begin to acount for compressibility (which at high altitudes becomes important), IAS becomes EAS, and the wing might begin to stall even at 300 kts indicated airspeed. Climb high enough and pretty soon your wing will stall even at supersonic speeds . Maximum speed and minimum speed will meet, and you are in the dreaded coffin-corner.

Notice that the problem is almost entirely aerodynamical, and can be solved by better wings, nothing to do with engines or power.

(.. then of course, at some point your engines will stave for oxygen, making my point superfluous, but that is not why current-gen aircraft cannot fly higher at the moment)

You are correct in understanding that airlines primarily fly higher in order to have a more efficient flight, as there is significantly less drag due to the thinning of the atmosphere.

However, there are a couple issues that grow as you raise your altitude. Your wings and engines are more efficient in providing lift and thrust respectively at lower altitudes. The wings create lift via the difference in air pressure going over and underneath the wings. When you increase your altitude, your wings become less efficient because while there is less drag, you now need to increase the speed of air passing your wings in order to retain the same pressures, which then produce the same lift.

Supersonic flight (flight over Mach 1) is significantly different than subsonic flight. The air will separate from the wing when it breaks the sound barrier, and will thus cause you to lose lift. As stated in the previous paragraph, as you increase your altitude you need to increase your speed. Then, as you approach Mach 1, drag increases exponentially. The average jetliner cruises at 0.75 mach, so you can see that we are already close enough for comfort to this barrier.

The engines themselves are also reliant on air passing through them to provide thrust, and will become less efficient at higher altitudes.

In short, it really becomes a balancing act, where you have to determine if the extra altitude, and speed, is worth the drastic increase in fuel needed to power the engines to get you to an appropriate speed for your altitude. With today's technology, it is not considered cost-effective. 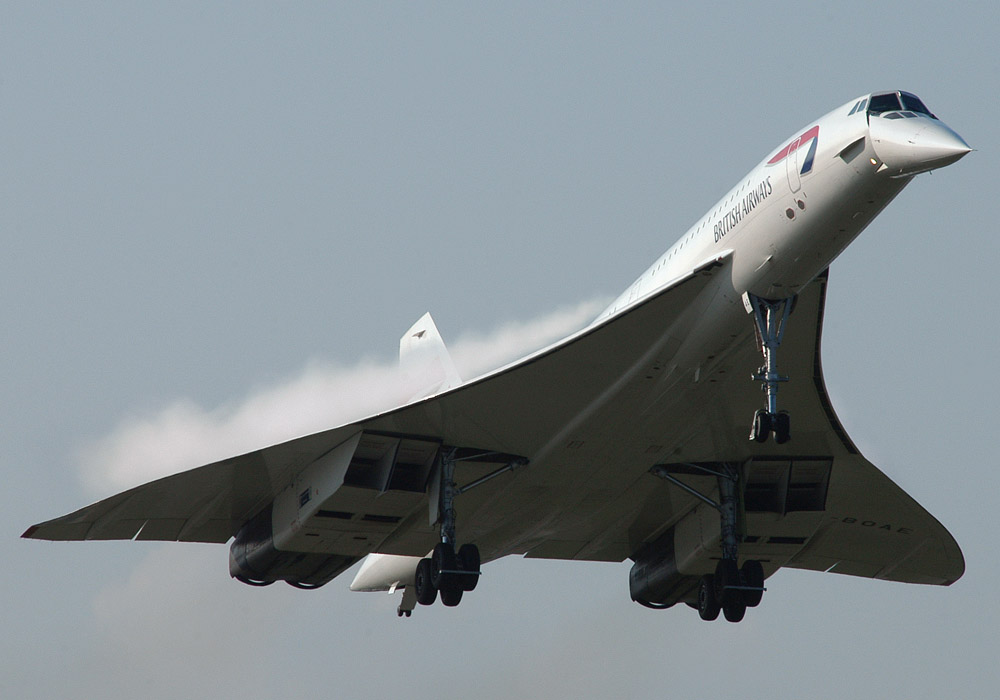 Some decades ago, there were fears that widespread stratospheric flights would cause significant stratospheric pollution, including ozone depletion. Since widespread aviation in the stratosphere never materialised, there are not many newer sources on the topic:

However, one type of flight always passes through the stratosphere: space launches. In the space flight industry, stratospheric pollution has been more specifically addressed. For example:

Most human-generated pollution is concentrated on or near the surface of the Earth, whether on land, sea, or in the troposphere, the lowest layer of the atmosphere. However, rockets emit a variety of gases and particles directly into all levels of the stratosphere, the only industrial activity to do so. The stratosphere extends roughly from 10 to 50 kilometers above the Earth’s surface and contains the Earth’s ozone layer. The global civil aviation fleet generally cruises in the troposphere, only occasionally polluting the stratosphere directly.

For details on those processes you may want to ask at Earth Science Stack Exchange.

the maximum altitude for economical cruise is established by the engine technology. all air-breathing engines lose power as altitude increases, which limits the engines' capacity to maintain flight. for any given class of engine (piston, turbocharged piston, turbojet, turbofan, turboprop, etc.) there is therefore a corresponding maximum cruise altitude.

Not the answer you're looking for? Browse other questions tagged aerodynamics airliner engine efficiency or ask your own question.

50
Why are many jet aircraft designed to cruise around FL350-370?
67
Why do jet engines get better fuel efficiency at high altitudes?
6
Are there certification requirements for an emergency descent?

15
Why don't all aircraft use/need nacelle chines?
15
Why do low wing aircraft have higher dihedral than high wing aircraft?
15
What is the propeller efficiency, $μ_p$, of modern propellers for light sport aircraft?
5
What is the minimum speed for a scale-model of a modern commercial aircraft to fly?
17
Are turboprops more efficient than piston engines (thrust per fuel consumption)?
21
Why the lack of faster piston-powered planes?
2
Why did my flight descend for landing then suddenly climb steeply and turn sharply?
3
How does fuel economy quantitatively depend on altitude for a jet?
13
Can the plane Celera 500L be eight times more fuel efficient than a jet of similar size and capacity?
1
How do power and thrust curves compare?