What kind of hardware redundancy is used in integrated modules avionics based architecture for EFIS displays running on a single processor?

Your question is originally asking for "hardware" redundancy, of which there is none. However, there is operating system and software redundancy built to alleviate hardware issues.

Typical computer based avionics like the EFIS must be FAA-compliant with ARINC 653. Of course, in an experimental aircraft, you could potentially get non-compliant avionics, but there's not much of a market for them.

ARINC-653 requires that there be an real time operating system layer implemented as a form of redundancy. This is a special "round-robin" form of operating system, which in layman's terms, means that the operating system will only spend up to a fixed amount of time on a process before hopping to the next one, meaning that a single process hanging will not halt the rest of the partitions. You might have a navigation process that dies, but the GPS process can continue to operate as it is in a separate partition. It also has partial requirements that partitions are not dependent on each other, but instead retrieve their data directly from sensors. This gives another layer of redundancy in case a dependency crashes. 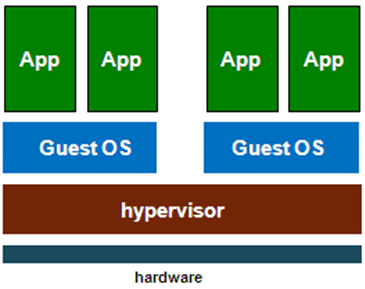 Running three displays off one processor is ill-advised, and would never be FAA-compliant, but it is technically possible. You would however have to heavily modify the operating system, and the "Guest OS" (ARINC 653) layer.

I'm happy to go far more indepth into this on StackOverflow if you choose to ask a follow up answer there, but the technical specifications are a bit out of scope for the Aviation StackExchange.

Broadly speaking the redundancy comes in the fact that there are multiple displays that can usually serve all the functions of the EFIS. Most typical electronic instrumentation installations have at least two screens both of which can typically show primary instrumentation (PFD).

Even some of the smallest drop in options these days are capable of serving as both AI/speed/altitude instruments as well as HSI units so if a pair of two is installed you have redundancy for you primary instrument displays.

Larger airliners like the 737 have multiple displays that can be configured in almost any combination in the event of a failure and seem to be driven by two computers.

The NG's have 6 Display Units (DU's), these display the flight instruments; navigation, engine and some system displays. They are controlled by 2 computers - Display Electronics Units (DEU's). Normally DEU 1 controls the Captains and the Upper DU's whilst DEU 2 controls the F/O's and the lower DU's. The whole system together is known as the Common Display System (CDS).

The DU's normally display the PFD's outboard, ND's inboard, engine primary display centre (upper) and engine secondary display lower. Although they can be switched around into almost any other configuration with the DU selector (shown left).

Not the answer you're looking for? Browse other questions tagged cockpit electronics glass-cockpit display or ask your own question.

6
How do modern avionics work without vacuum pumps or gyroscopes?
28
What's the UX in modern airliner avionics for diversion choices, and does it integrate to autopilot?
0
aircraft display Processors
15
What does “synoptic” mean in avionics?
1
Can an airline order a 777 with 787 flight deck avionics?