Why does JBU1825 from Ft. Lauderdale to Lima show a large zig-zag in the route?

Why oh why is this non-stop flight flying such a zig-zag? (screenshot from FlightAware) 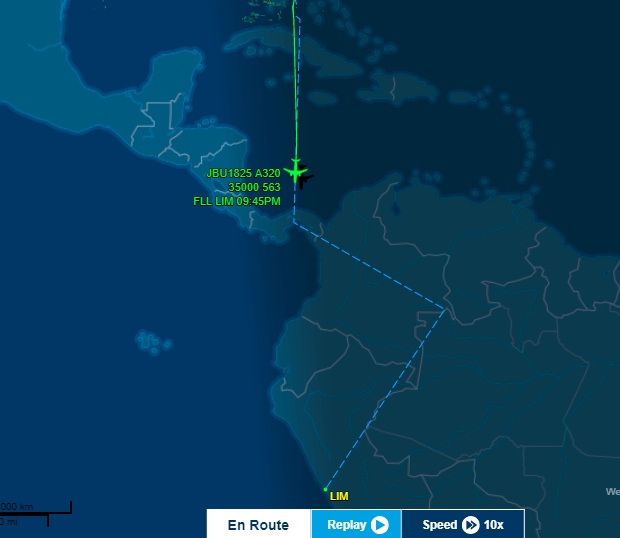 It isn't, as a screenshot taken later in the flight will show: 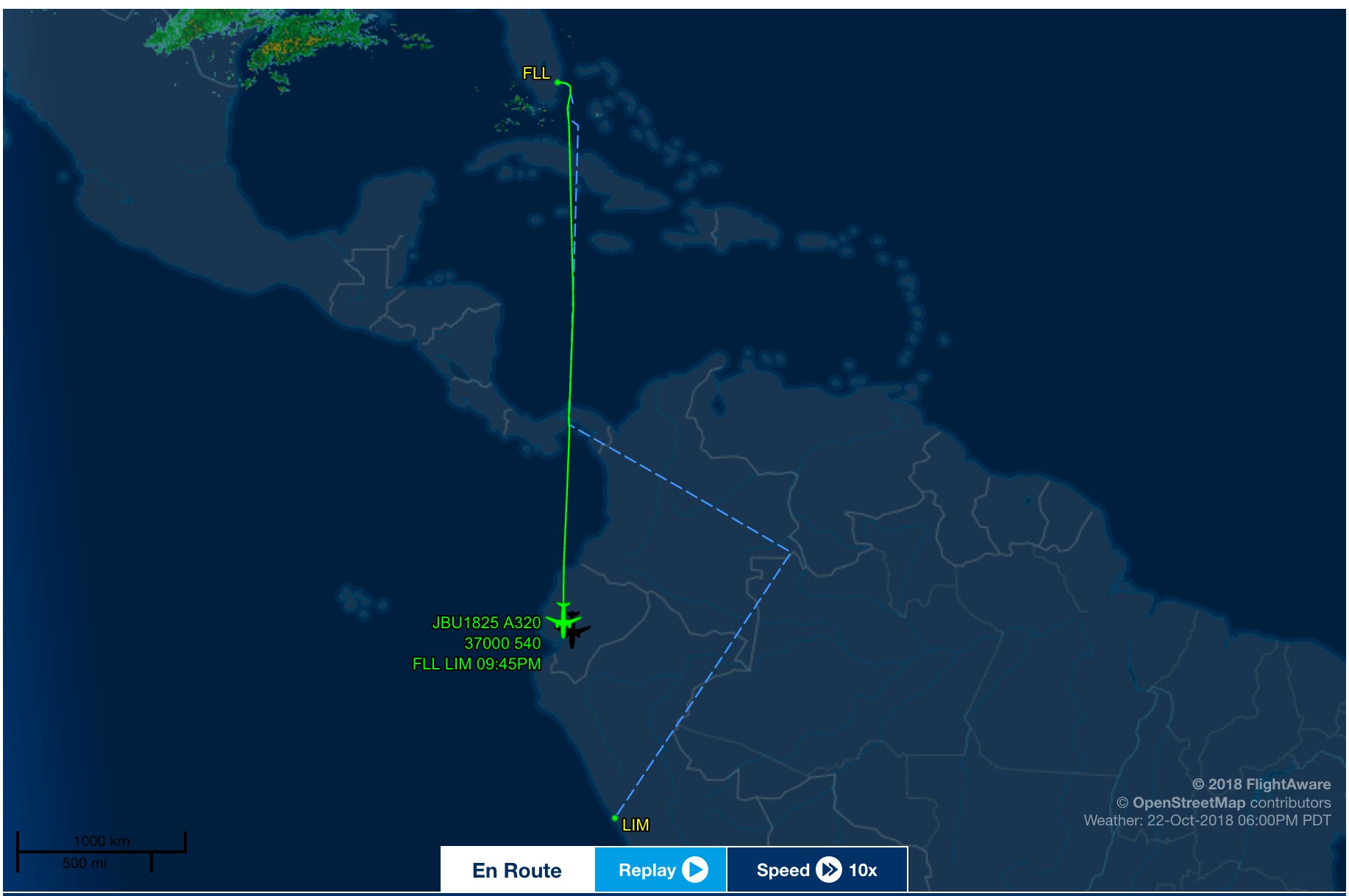 The dashed line is FlightAware's attempt to plot the planned route of flight. It's not always accurate, and FlightAware sometimes includes strange zig-zags. If you go to skyvector.com, choose "Flight Plan," and paste in the route shown by FlightAware (BEECH5 BAHMA URSUS UL780 TBG UL780 VAKUD UL780 TRU UV1 ATATU ATATU2), you'll get the more logical route that appears to match the actual flown route: 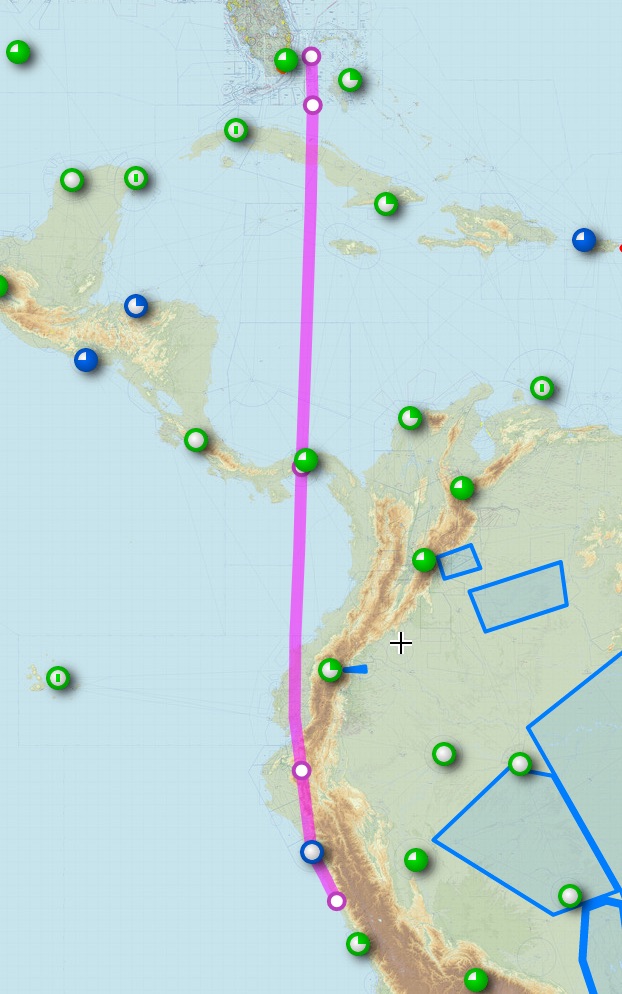 Possible reasons for such a deviation:

3
Why is the flight path from Taipei to Tianjin not a straight line?
21
What is the reason for this route while flying from USA over Cuba?
24
Why are westbound transatlantic routes located hundreds of km away from eastbound routes?
4
What is the reason for the detour flight route from AUH to BEY?
10
Why might this trans-pacific flight not follow a more direct route?
3
Why do aircraft take this strange route into JFK?
14
Why would FlightAware show this meandering flight path?
17
Why don't aircraft fly direct via oceanic airspace from UK to Iceland?