Are turboprops less safe then jets?

On a recent trip to an airport, I noticed a large number of Bombardier Dash 8s. I wanted to know - are turboprops less safe than traditional jets like the 737 or A320? For instance, I would imagine they are less forgiving with bird strikes.

There is no hard answer to this and it should always be looked at carefully as its dangerous to compare these things. The factors vary widely and a clear cut comparison is generally hard. Twin Turbo-Props may have a lower celling than your average regional jet, they often fly shorter routes and see more cycles compared to their total hourly lifetime, some turbo-props are even in reach of private pilots which puts them in a different operational situation all together but will be lumped in on the statistics.

The most comprehensive study I can find on the topic, and one I feel breaks it down nicely, is this one from NASA

Im going to refrain from quoting to much directly as its all relevant and a fairly short 20 page read. The table that seems to sum it up best is the following (refer to study for table explanation): 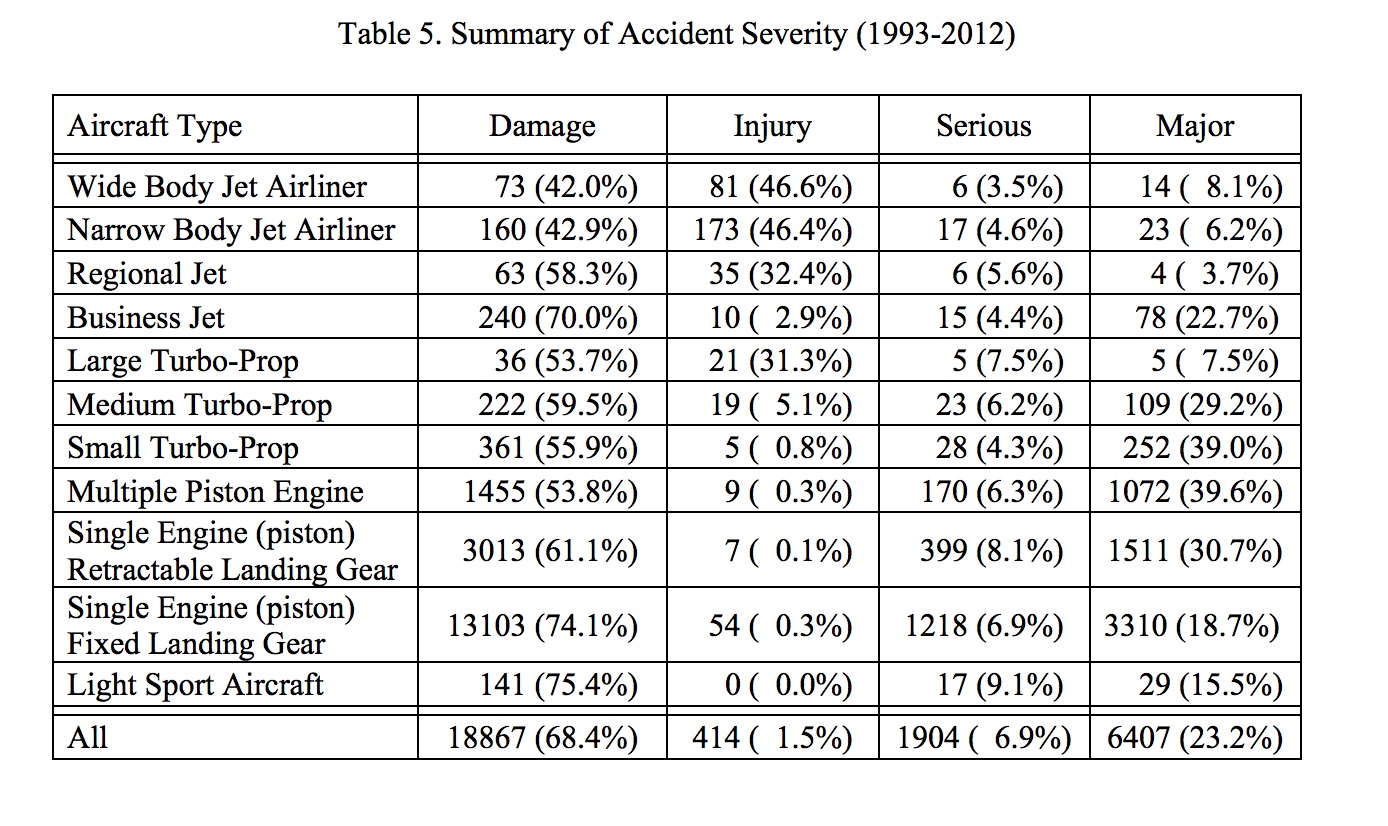 A bit of a tangent but related, here is a nice article from AOPA comparing the data for Small Jets VS Turbo Props operated under part 91

34
Why does the Boeing 737 have 5 x the passenger fatalities of the Airbus 320?
10
How can I find traffic patterns that pass over my house?
8
Can bird strikes be dealt with by throttling down engines to idle?
8
What could cause a rear twin-jet's throttle to oscillate on descent?
12
What drives and/or allows the move to higher-bypass turbofans on jetliners?
4
Are new airliners less safe than older the two first years after they are marketed?
0
Does the canard config have radically different controls than classic config?