Are there different symbols or graphics to identify different types of GA fuels?

Are there different symbols to identify the different types of fuels used for general aviation aircraft?

As Walker notes in his answer AvGas is typically noted by color when talking about telling it apart. In terms of aircraft markings for fuel this is governed by FAA FAR 23.1557 Miscellaneous markings and placards. and some more notes in this AC,

These are fairly simple regulations to comply with so there is a wide variety of markings available, but the end results tends to be a decal looking something like this: 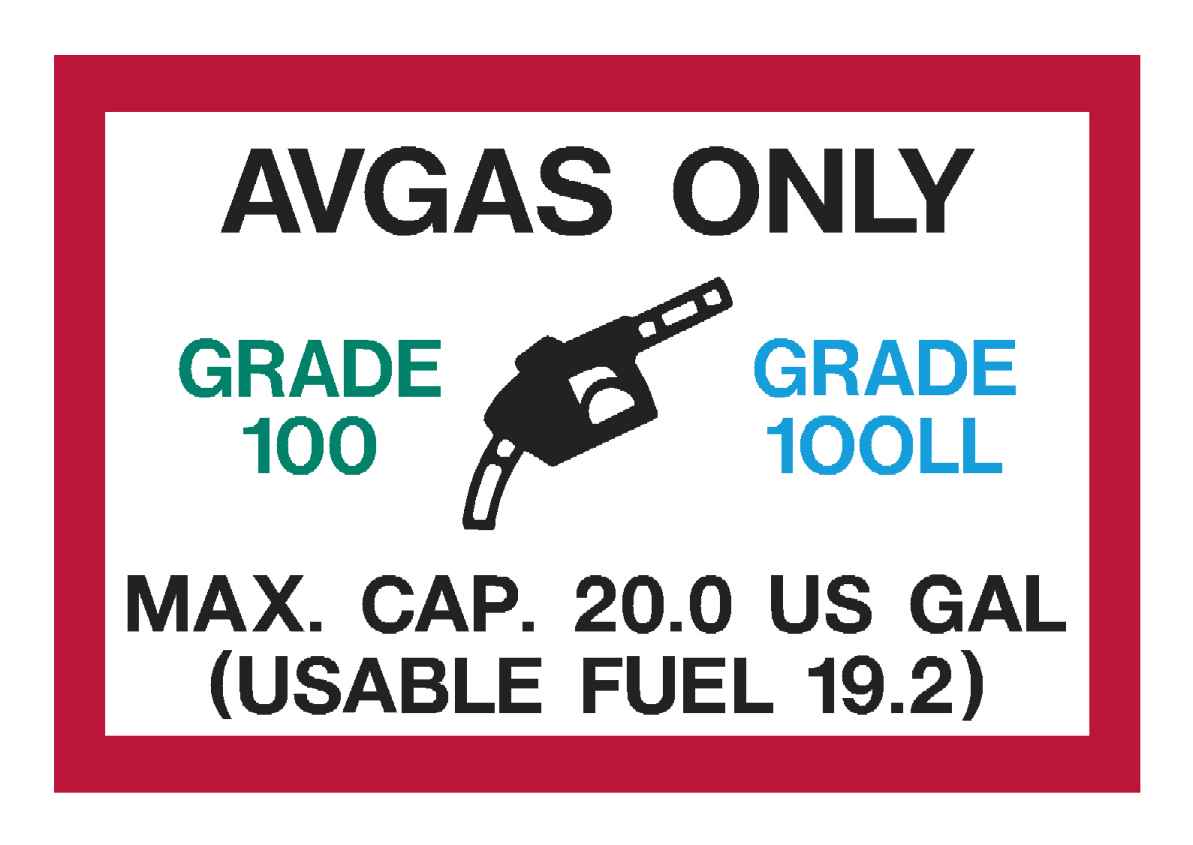 Above ground storage tanks will also have to comply with local state regulations on petroleum storage, here are the New Hampshire regulations as an example. Generally this will require an NFPA style decal but pilots dont really use those to identify anything. The typical signage for 100LL is a red back, white fount, all caps AVGAS 100LL this is common on tanks, 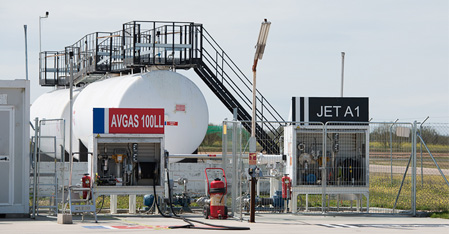 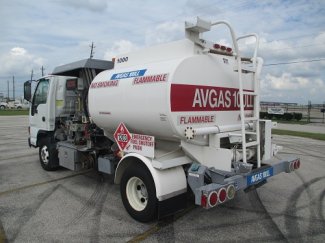 Its also important that you as the pilot are present for fueling both to verify type and quantity. If there is any doubt about what is in a truck or at a pump some should be pumped into a canister and verified by color before fueling an aircraft.

When there were more grades containing lead there was Red and Orange. Purple was 115/145 used in high power and military applications.

Larger planes than that and you start seeing Jet A fuel used in single engine and twin turboprops, turbine, and turbofan equipped planes.

For example, in western NY, you can see prices in the Buffalo area for Jet A, 100LL, and Mogas: http://www.airnav.com/fuel/local.html enter BUF or KBUF. You can try other areas also, such as LAX (Los Angeles), FTW (Fort Worth), JFK, STL (St Louis).

Not the answer you're looking for? Browse other questions tagged general-aviation fuel symbology or ask your own question.

15
Where I can get historical jet fuels prices?
8
Can IPA be used as a FSII with MoGas, particularly with a Peterson STC?
4
Would diesel (Jet A) cause less pollution than other fuels?
0
Is it possible to interchange different of fuels for turbine engines?
5
What does the solid black star symbol on this VNC chart mean?
5
Is there a list of aircraft types to be used with a callsign?
2
Are there requirements for ice protection for general-aviation aircraft?
3
Are there any 100% renewable energy aircraft in development?
5
Is it safe to mix different types of fuels in a jet engine?
7
Why can’t the CF34 use wide-cut fuels?