Why do I see moisture coming from the middle of the wing as well as wingtip vortices? [duplicate] 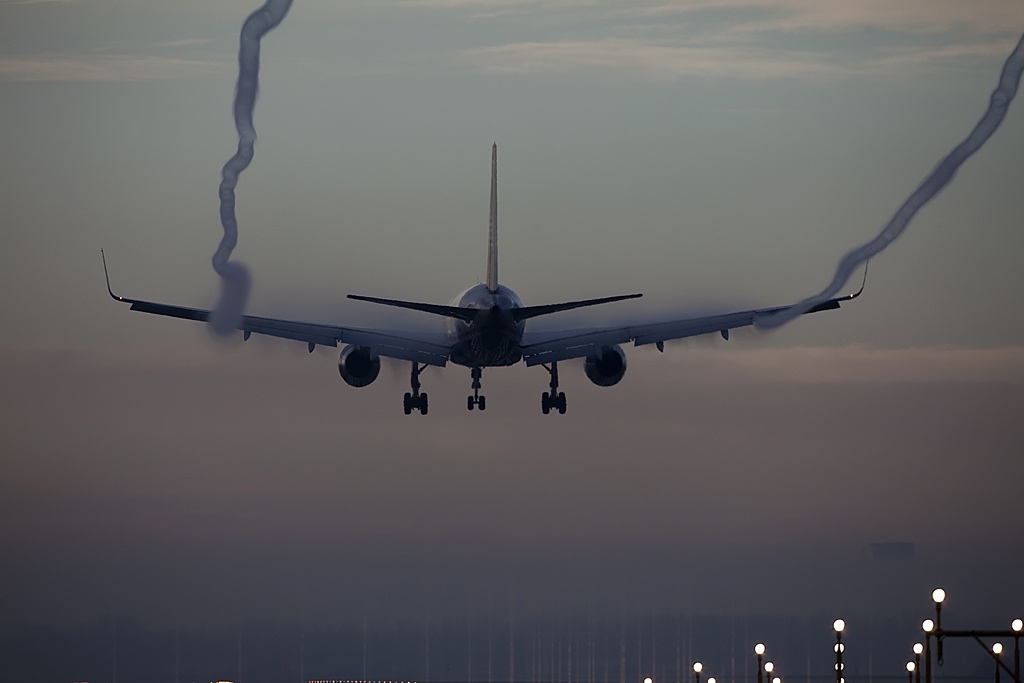 They are vortices coming from the flap panel, same as the vortices coming from the wing tip, but much more intense because the angle to the flow is so high. Because of this, the pressure drop in the core of the flap vortice much more than pressure drop in the flow off the wing tip. This means the temperature drop is also much more, enough to condense the humidity in the air, like a horizontal tornado.

Not the answer you're looking for? Browse other questions tagged aerodynamics lift drag high-lift-device or ask your own question.

38
How does an aircraft form wake turbulence?
0
What is the exhaust from the end of jet wing prior to landing?

18
Why does a clean configuration lead to the generation of greater wingtip vortices?
1
How can wingtip vortices affect the direction of the relative wind in front of the leading edge?
3
How and why do wake vortices come together to form two tip vortices?
10
Why do wall-to-wall airfoils in wind tunnels produce no (or infinitesimal) downwash?
2
Why does the effective alpha/CL increase at wingtip of swept wing?
1
Why do wingtip vortices affect the upwash ahead of the aerofoil?
2
Would a triplane be way more efficient if the wings intersected at the tips to create one wing tip vortex instead of 3?
1
Why do most authors use wingtips vortices as reason for 3D flow around wing?
3
Why are wings not tapered all the way to reduce vortex drag?
6
Can gliders and single-engine planes have vortices?