With similar weapons why does an AH64 Apache require a pilot and gunner when the A10 Warthog only needs a pilot? 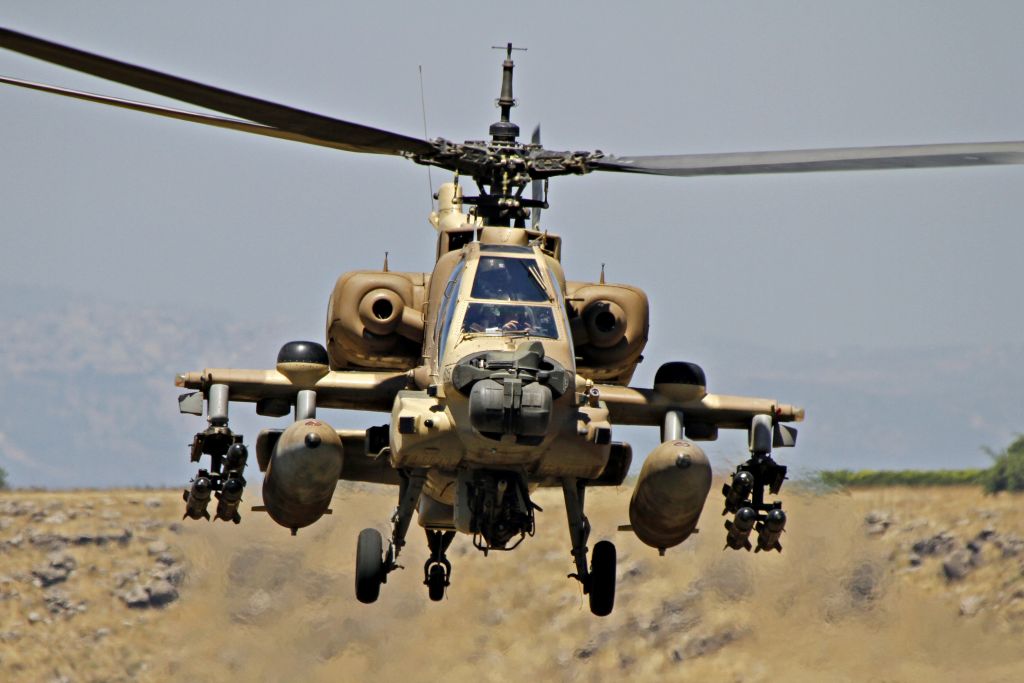 The Warthog has a 30mm gatling gun. It carries Maverick (30cm air to ground including armor), Hydra (70mm air to ground) and Sidewinder missiles, plus a variety of bombs. 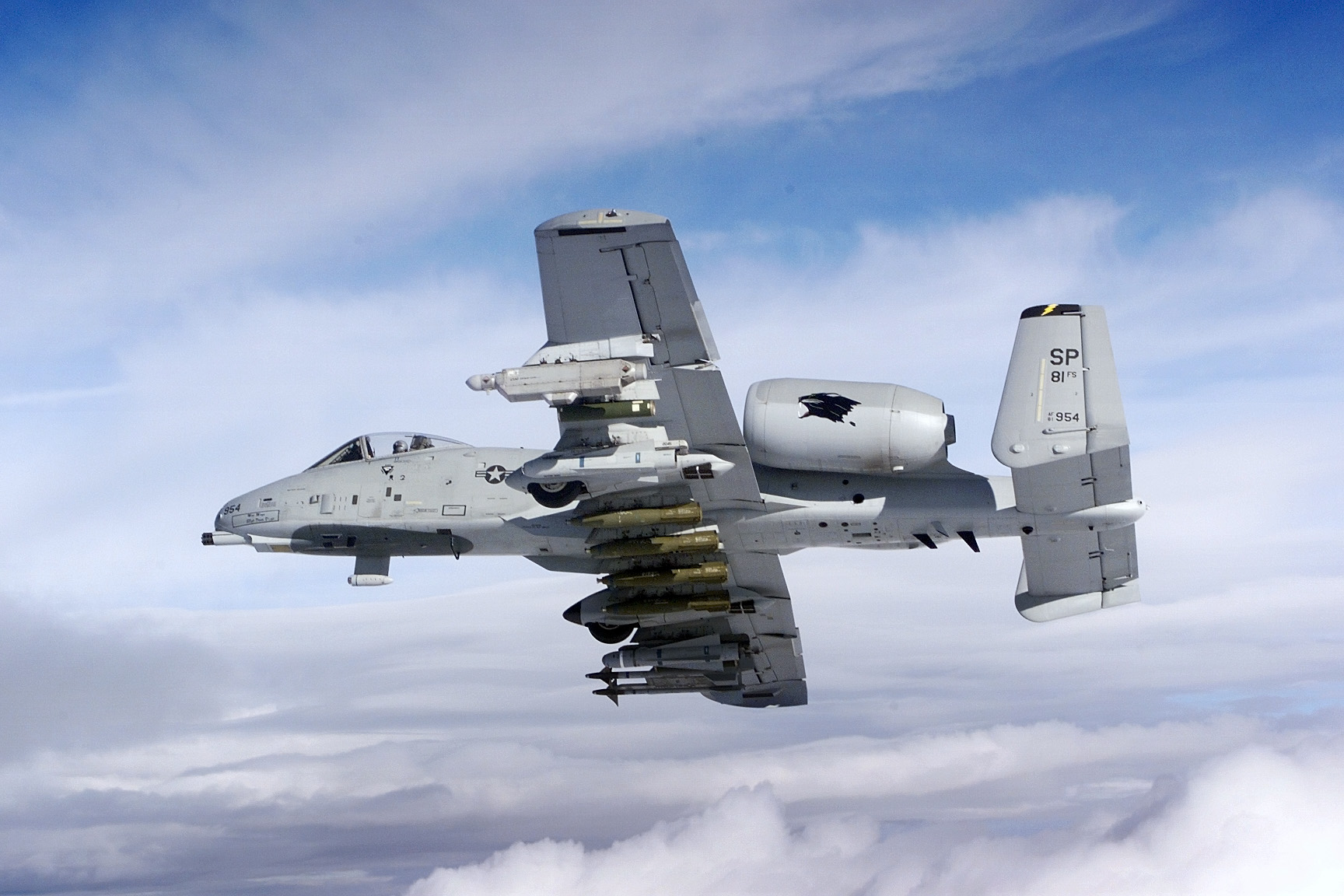 The Warthog seems to have a more capable and complex weapons load, so why doesn't it use a separate gunner like the Apache?

The ULB (Unmanned Little Bird) version of the AH6 can fly with two, one, or zero pilots, so it seems that helicopters can be automated like fixed wing aircraft. 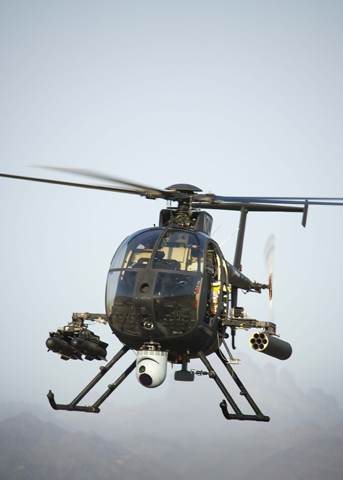 The Kiowa Warrior 50cal machine gun was not turret mounted; it was fixed to the airframe like the A10, though not buried in it. This is used in an armed recon role, not attack. 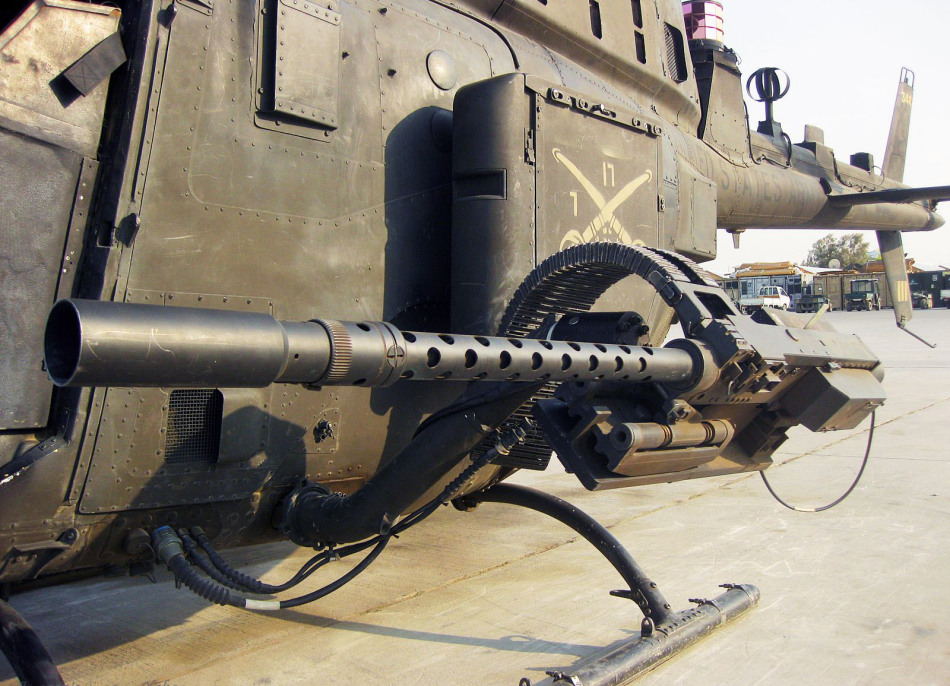 Mainly it's because the A10's pilot just has to point his aircraft at the target from a certain height while in forward flight, whereas the helicopter, being able to hover, needs to be able to engage a target while not pointed directly at it, while the pilot is busy flying a machine that takes a lot more attention than a fixed wing aircraft.

Especially when considering the Apache's original tactical function, which was to hover below the tree tops, pop up and engage a Soviet tank, and drop out of sight again. As the pilot you wouldn't want to be managing the weapon systems AND flying the machine and avoiding obstacles.

Warthogs and Apaches are totally different animals. They're different types of vehicles, have different mission requirements and profiles, etc.

One possible explanation is that since the A-10's gun is fixed on the centerline of the aircraft, aiming it is essentially the same process as flying the jet, making the pilot most apt to handle the task. While it may be possible to design the variant of the A-10 with a separate crew station for a weapon systems officer etc., it probably is not needed for its air to mud role. The A-10 was designed around the single pilot role similar to what the A-1 Skyraider was during the Korean and Vietnam conflicts – a very simple and tough air-to-ground attack aircraft that carries largely unguided weapons and minimal avionics. Apaches largely make use of guided weapons, more sensors on board and more rolls to fulfill, so this may have justified the necessity for an additional gunner aboard.

Not the answer you're looking for? Browse other questions tagged military crew missiles fairchild-a-10 ah-64 or ask your own question.

7
When and why is the SELCAL (Selective Calling Radio System) check being performed?
2
Why does the Apache create much more rotor noise than the A-129?
22
Why does the Antonov 225 needs 6 crew members?