Is the ATC of the lower and upper areas of the Netherlands combined or segregated?

I am simulating the capacity of the Netherlands airspace by using the sector capacity. But I am wondering for different height, the capacity works for both or a single level.

And if possible, are there any documents explain it?

The map below comes from AIS-Netherlands. 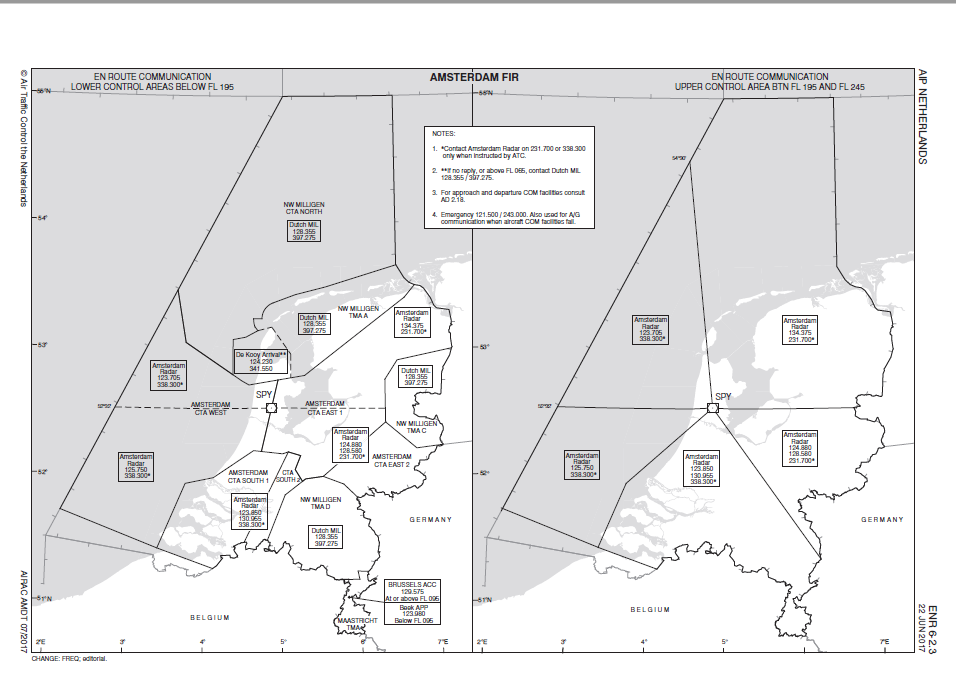 Note that the Netherlands is a bit of a special case.

Below FL245, Air Traffic Control is provided by Luchtverkeersleiding Nederland (LNVL, the Dutch Air Traffic Control) and Dutch Mil (Dutch military ATC). Until one year ago, the Dutch military operated from their dedicated air traffic control centre in Nieuw Milligen. Since January 2018, they are colocated with LVNL at Amsterdam Airport Schiphol and largely use the same systems as LVNL.

Their systems are partly combined, but military sectors and civil sectors are never combined. So if a lower sector is controlled by Dutch Mil, the upper sector will be controlled by a different controller.

When both the lower and the upper sector are controlled by LVNL, they can be combined during hours of low traffic. In that case there may be a single controlled controlling flights in the lower airspace and in the upper airspace. Combination is possibly also with adjacent sectors.

But wait, that's not all. Note that the map mentions that the Upper Area is between FL195 and FL245. The upper airspace mentioned so far in this answer, has a ceiling of merely 24500 feet. 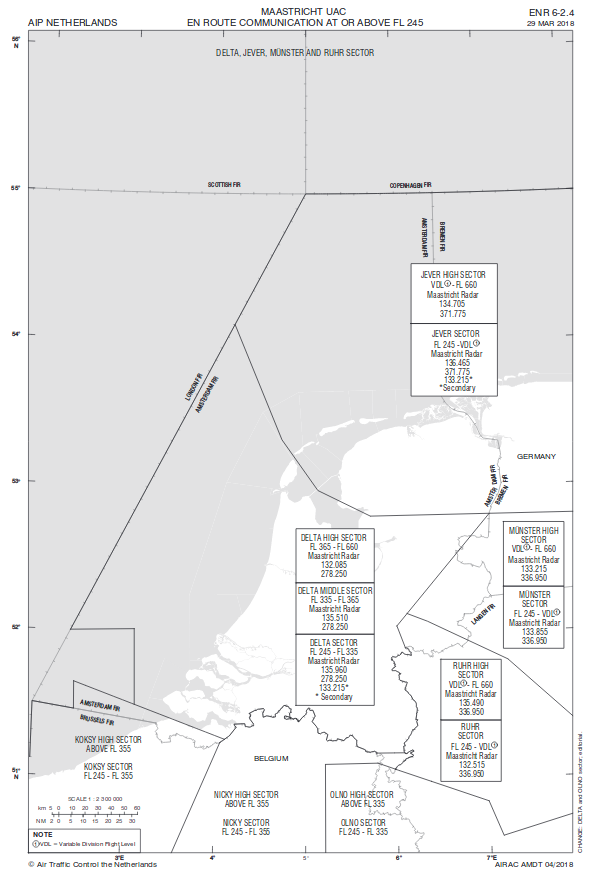 Above FL245, ATC is provided by EUROCONTROL's Maastricht Upper Area Control (MUAC). They are located in Maastricht, far away from Amsterdam. They use the same radars, but their control system is totally different. Sectors of Amsterdam and Maastricht can thus not be combined.

Within MUAC's airspace, there is horizontal and vertical sector splitting. Especially the Delta sector is a busy one, with lots of transit traffic to/from UK/Atlantic and with climbing/descending traffic from/to London, Frankfurt, Cologne/Bonn, Brussels, Amsterdam and many more airports.

Not the answer you're looking for? Browse other questions tagged air-traffic-control air-traffic-management netherlands or ask your own question.

10
What are the busiest airways?
7
What are some examples of warning areas and restricted areas?
3
How are sector capacity constraints set in the current US ATC system?
2
Which authority is responsible for RT licensing in the Netherlands?
3
How airplanes of new generation communicate with ATC over remote areas? (North Atlantic Region)
3
How many radio transmissions per hour occur on a given frequency over Europe and North Atlantic?
0
Is it possible for more than one flight to have the same departure and arrival time slots?
2
Why are both ATC and TCAS tasked to prevent collisions although TCAS takes precedence anyway?
11
How is radar separation assured between primary and secondary targets?
9
How many aircraft does an ATC controller usually handle at the same time?