What is the function of the leading edge strip?

I understand the function of every wing part labelled above except the leading edge strip,what is its use in a fabric wing and will the wing function normally without it,if removed? 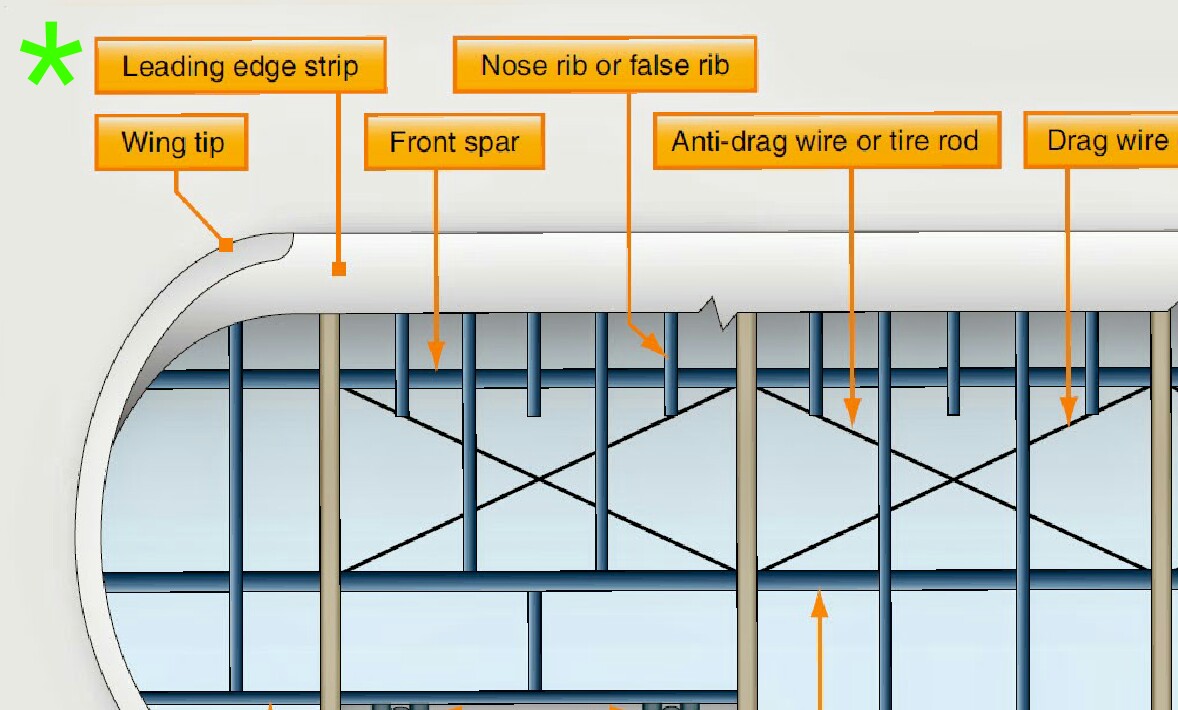 A wing's leading edge is a place where you really want to have a particular shape and a nice, smooth surface. Stretched coverings (I've done this a fair amount with monokote and other heat-shrink coatings on model airplanes) suffer in this regard since, between ribs, the covering will bend inward and alter the shape of the leading edge (and, locally, the chord of the wing). Also, since the covering is all one piece, the shape of the leading edge will also influence the shape of the rest airfoil as you go aft along the chord line. Maintaining the shape that you actually want is really important (unless you want to make tubercule wings: https://secretofflight.wordpress.com/leading-edge-tubercles-2/) as that is the basis of your aircraft's performance and its ability to fly. Having a solid leading edge strip does just this, ensuring that the leading edge of the wing has the desired shape and forms a smooth surface for the covering.

For a physical description of this, what we did (on model aircraft) to facilitate this was to take a very thin piece of balsa wood, maybe 1/32" thick, and gently bend it around the leading edge of our ribs. As such, this sheet, which ran the length of the wing, would conform to the shape of the leading edge. A picture of this from a wing I built is below (the leading edge is on the left hand side -- and just ignore the fact that the wing is twisted...). We added some sheeting to the trailing edge of the wing for similar reasons (and to make it easier to cover). 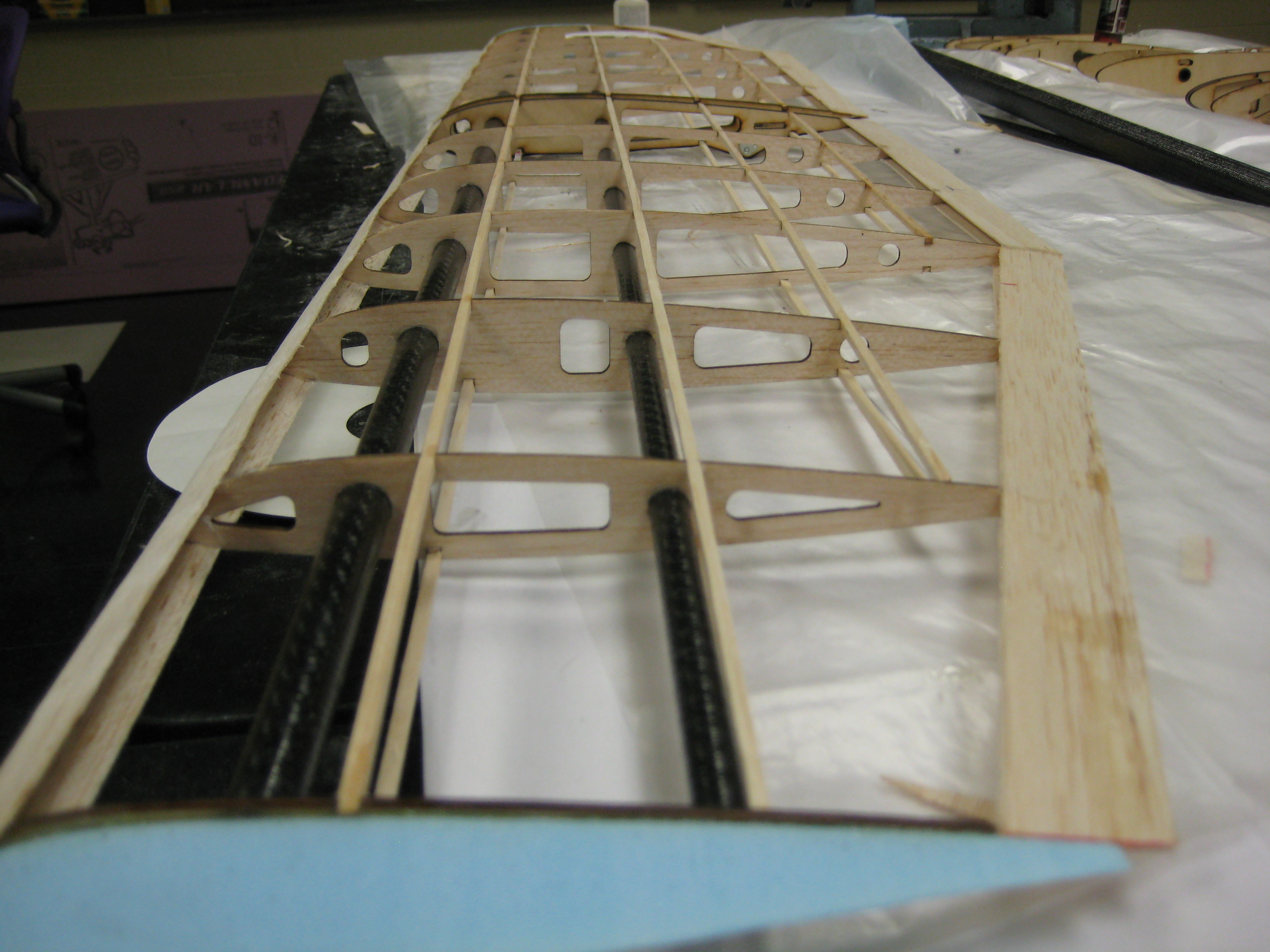 The year prior to this, someone took a dowel and ran it the length of the wing at the leading edge instead of covering it with a sheet of balsa -- a little less effective at shaping the airfoil behind the leading edge, but much easier to implement. However, a similar idea appears to have been implemented in the DH-60 Gipsy Moth. 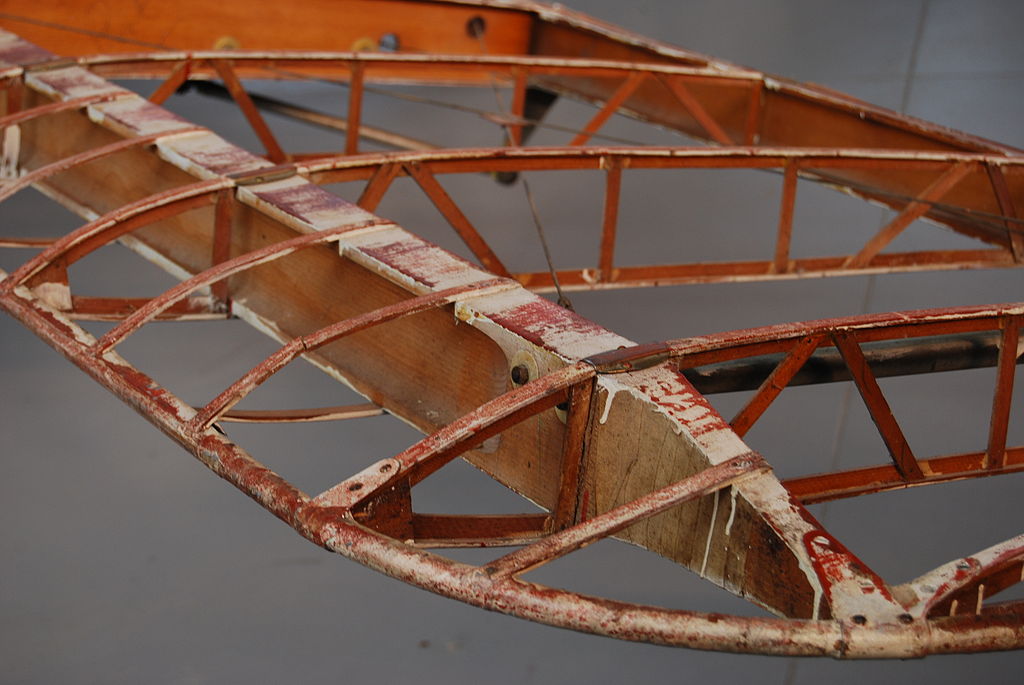 In addition to aerodynamic shaping, the further you can extend a contiguous structure in the chordwise direction, the stronger your wing will be in torsion (generally speaking) -- this is a significant function of a "stressed skin" coating like you are talking about. However, the addition of a structural element, such as a leading edge cap, that goes the length of the wing adds a non-negligible amount of torsional stiffness to the wing.

This part is more conjecture, but the leading edge of the wing will also receive a lot of wear, be it from FOD, bugs, or cleaning off bugs. When I flew sailplanes, the leading edge of our wings would constantly be filled with bug carcasses and we'd be cleaning them off frequently. To this end, I'd think that having a solid leading edge would be an easy way to preventing damage during the cleaning process. However, sailplane pilots care about that more than powered aircraft, I think, so, unless you're looking at an old Schweizer 2-22 wing, this probably isn't too much of a concern.

It forms a "D" shape if you look at it from a wing tip and use your imagination. The plywood is firmly attached (glue, nails) to the top and bottom of the front spar as well as the ribs.

It is very strong and strengthens the wing considerably - especially in preventing the wing from twisting in flight.

Not the answer you're looking for? Browse other questions tagged aircraft-design wing aircraft-structures or ask your own question.