Can motorjets be a viable means of propulsion?

A motorjet is a very early type of jet engine where intake air passes through a compressor driven by a separate piston engine, and is then mixed with fuel and burned to provide thrust. They were used in a handful of designs around the time of World War II, but fell out of favour when gas turbine metallurgy had advanced to the point where it was feasible to drive the engine compressor from a turbine in the exhaust stream without having to rebuild the engine every few flights; all else being equal, a motorjet, requiring an entire second engine to drive the compressor, is heavier, and, thus, has a lower thrust-to-mass ratio than a turbojet or turbofan. Are there any situations where a motorjet would still be a better choice than a turbojet or turbofan?

I can think of a few maybes:

Internal combustion engines (ICE) have great thermal efficiency, so driving a fan or compressor using an ICE is on paper very appealing indeed.

It is well known that internal combustion engines are capable of achieving higher thermal efficiency than gas turbine engines.

NASA even looked at it in 1976. The proposal was to substitute a jet engine's combustor with an ICE. Two problems with that (according to Rolls-Royce) are the need for a gearbox and "component aerodynamic mismatching under certain engine operating conditions" due to the single-shaft design.

R-R filed a patent in 1995 that according to them fixes the problems with NASA's engine. So far we know why motorjets will have a hard time making a comeback.

R-R's solution is, more shafts, of course. They propose to have an ICE in place of the combustor, but this time it has its own shaft, fed by its spool's compressor, and the exhaust would drive a turbine (too many parts already) that drives a ducted fan (think turbofan but with ICE thermal efficiency). 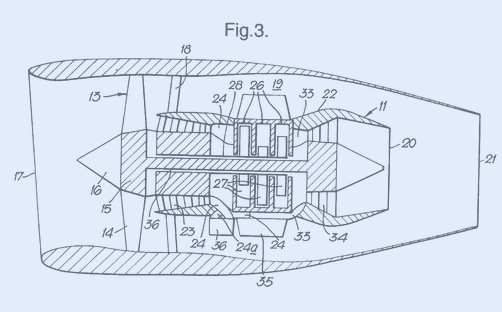 A motorjet is not a useful configuration.

The purpose of a motorjet is to generate pure jet propulsion without the difficulties associated with use of a turbine. The elimination of the turbine is not the material factor in determining whether this configuration still has a useful purpose. The important thing to identify is whether or not pure jet propulsion is useful.

The trend in aviation propulsion is towards ever higher bypass ratios, due to the increased fuel efficiency of a fan or prop compared to that of a pure jet. This means ever more power is mechanically extracted from the core to drive a fan or prop. 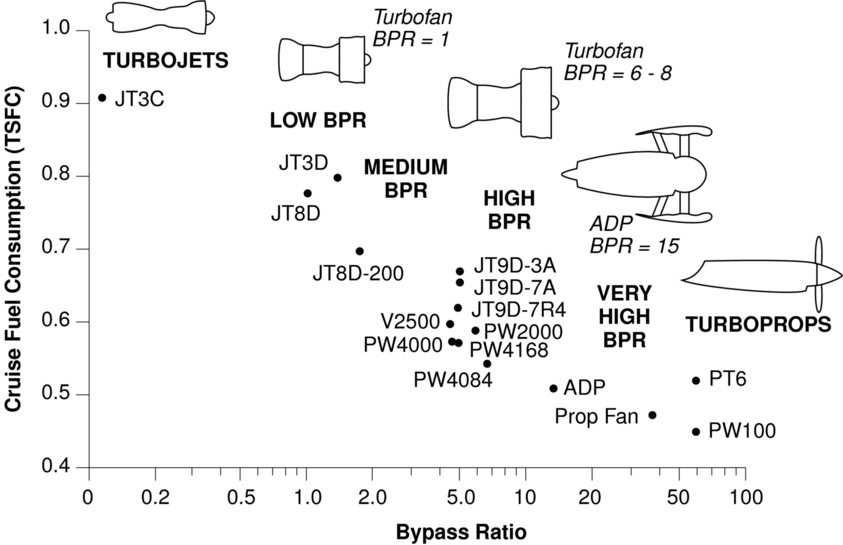 An internal combustion engine already has all its useful power available in mechanical form, which can then be used to drive a prop or fan. Diverting energy to drive the compressor and combustor in a motorjet is exactly opposite of the trend towards fuel efficiency, making it useless in subsonic applications.

The ICE is also a very heavy substitute for a turbine, so even supersonic applications that benefit from low bypass operation won't use it either.

Not the answer you're looking for? Browse other questions tagged propulsion motorjet or ask your own question.

12
Can a pulse jet be used on a light GA aircraft?
7
Can an airliner land safely using only propulsion control?
1
What are technical and aerodynamical limitations to blown wings main propulsion?
2
How to select and electric propulsion system for my experimental Ultralight?
2
Is hybrid propulsion widely used by UAVs?
5
Why is thrust said to be constant over speed for a jet engine?
0
Can thrust be produced only using the forward speed of a nozzle?