Why is best angle/rate of climb indicated in airspeed?

I understand the difference between best angle of climb $V_{x}$ and best rate of climb $V_{y}$. When I take off I would aim to maintain one speed or another depending on what I want.

But I don't understand why it's measured in airspeed, instead of pitch angle, which would seem more intuitive.

Because determining Vx and Vy has to do with the specific aircraft, specific power output of the engine, thrust from the propeller, etc, which is often a function of pressure altitude and airspeed.

Vy on the other hand is the point where the aircraft has the MAXIMUM EXCESS POWER available to it, translating into the greatest change in altitude for a given period of time by simple conservation of energy considerations. 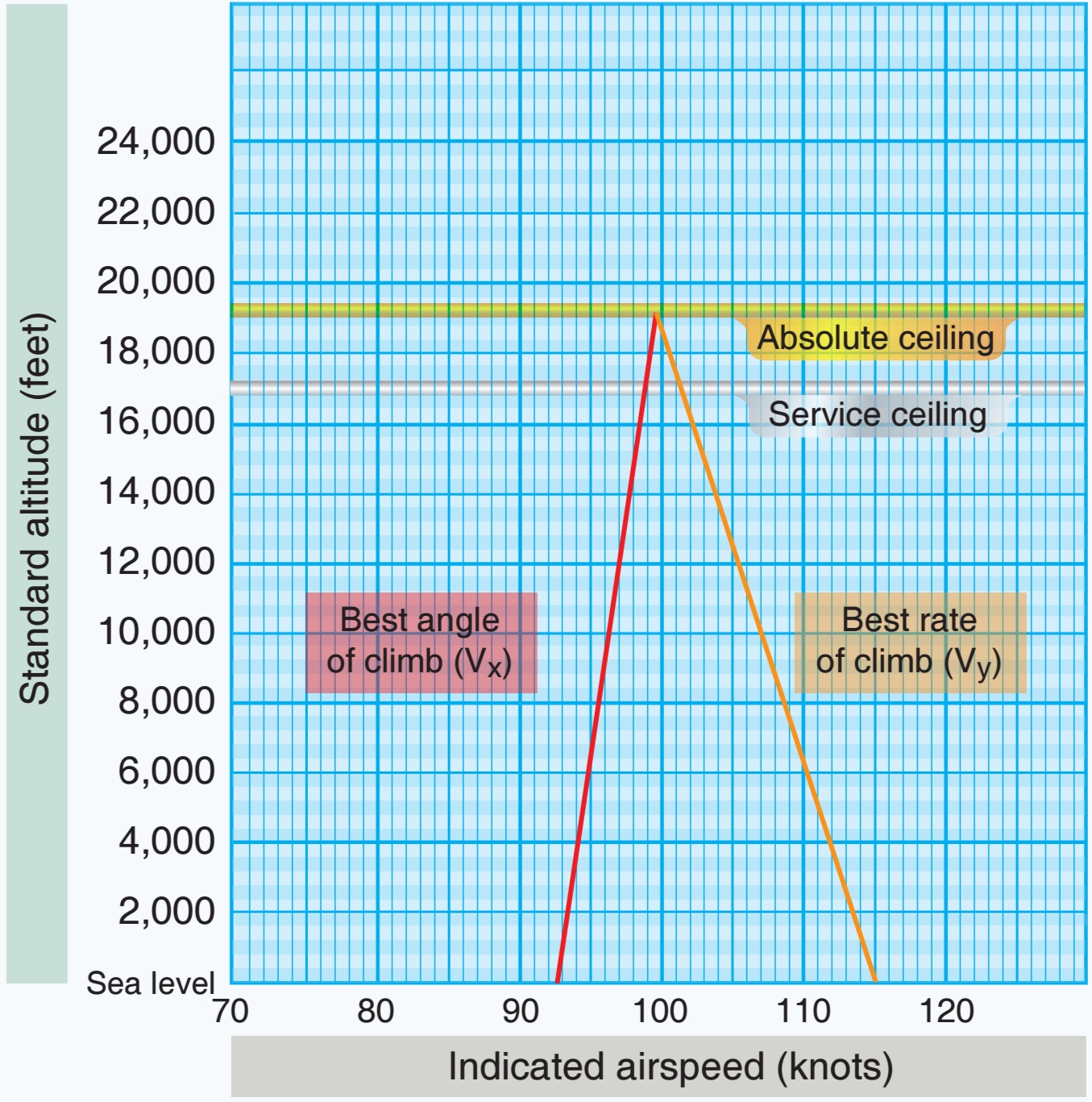 A very simple practical reason is that Vx and Vy speeds can be easily monitored as the pilot is climbing away and controlled with the elevator. This useful information is in the POH to be used by people who are quite busy at the moment, there for it is expressed in a user friendly form.

Climb angle, as a matter of interest, could be studied for a variety of engine, prop, weight, flap setting, etc., but what the pilot needs on the spot is V at full throttle climb.

Let’s say you have an engine problem, or it’s hot and your performance is negatively effected. The angle of attack will be very different to get best climb, but the airspeed will be the same as if you have lots of power.

Pitch angle only corresponds to an angle or rate of climb at a particular excess thrust.

Consider the typical stall exercise: you pull the engine to idle, then apply more and more elevator to try to maintain altitude, thereby pitching up and simultaneously reducing airspeed. At one point, airspeed drops to the point where you lose lift, and you fall out of the sky, despite the fact that you are nose high.

Once you apply power and push the nose down a little, it again becomes easy to establish a climb to regain any altitude lost.

Heck, consider how you slow an airplane down in the air, by raising the nose without having excess thrust.

If rate of climb (expressed as either best angle or best rate) related only to pitch angle or angle of attack, then instead of slowing down, you'd start to climb and maintain that climb as long as the pitch angle is unchanged, no matter the power setting. That's clearly not happening, at least not for long, so there must be something else to determine whether the airplane actually climbs or descends. That factor, as already mentioned, is (excess) thrust.

Therefore, expressing Vx or Vy in terms of pitch angle would require taking into account the amount of excess thrust available. Accurately estimating that directly is non-trivial, at least without specific instrumentation, and would also likely require the pilot to memorize a whole table, rather than a single (or two) indicated airspeed(s). During a high-workload phase of flight, including take-off and initial climb-out, every little bit that adds to the mental workload of the pilot risks increasing the workload beyond the pilot's capabilities.

If instead you aim to maintain a given indicated airspeed, you will be at a point of the power curve where all the factors line up for that airspeed, regardless of the external conditions (pressure altitude, wind, etc.). If airspeed drops for any reason, you pitch down slightly to pick up more speed and maintain the climb; if airspeed rises, you pull the nose up instead to slow down (trading airspeed for climb angle). You're using the pitch angle to maintain an airspeed, and the only instrument you need to pay very close attention to is the airspeed indicator.

Not the answer you're looking for? Browse other questions tagged aircraft-physics v-speeds poh or ask your own question.

2
Why isn't Vy lower than the speeds for best L/D ratio and best glide ratio in an airplane with a piston engine and a variable-speed prop?
3
Is V best endurance configuration the best way to save a heavily overloaded aircraft?

1
Why should a Piper Seneca not take off after an engine failure below 100MPH?
1
Definition of "Rotation Speed" vs "Lift Off Speed" vs "Fly Off Speed"
5
Why would one want to slow to V2 following an engine failure during takeoff?
2
Why does IAS decrease with lower air density if power is constant?
10
How can best glide speed be lower than best rate of climb speed?
3
What is physics explanation for minimum sink rate airspeed?
1
In a full-rudder sideslip in a Schweizer 2-22 or 2-33 glider, is the descent rate higher at 50 mph airspeed than at 60 mph airspeed?
5
How can L/D Max be both Best Glide speed and Max Range speed?
0
How to calculate best glide speed at a 30 degree bank?
3
What happens to Vyse and Vxse above the OEI ceiling?