What is primary cause of shock induced separation (shock stall)?

In the video link above describing Prandtl Meyer Waves, lecturer stated (at 22:40) a very important fact on which he based his first half of the lecture. "Mach wave (mach lines) deflect the flow through an infinitely small angle".

Now, lets look at the flow over the airfoil. First the flow over the top surface will accelerate to supersonic speeds(and above) until it reaches the point(roughly) of maximum camber. Due to acceleration, mach lines will diverge and of course no shock wave will form. But, after the point of maximum camber, where adverse pressure gradient will be introduced and decelerate the airflow than mach lines will start to converge (coalesce). Once they do it the shock wave will form above an airfoil (picture below). If aircraft countinues to accelerate, the mach lines would intersect each other more lower and lower to the airfoil bringing a shock wave down, until it meets the airframe (this sentence is my assumption and I would like confirmation if it is correct). At that point(once it touches the airframe) the boundary layer will always separate and cause a shock stall(also my assumtion, will it happen always?). My question is:

Is boundary layer separation caused by the extreme instantaneous pressure increase on the airfoil surface, or because of the convergence of mach lines and deflecting the airflow regardless of the pressure(and density) change? Or is it combination of both? Also if the statement from the lecturer is correct, shouldn't the mach lines deflect the airflow sooner and not only at the point when they all merge together? 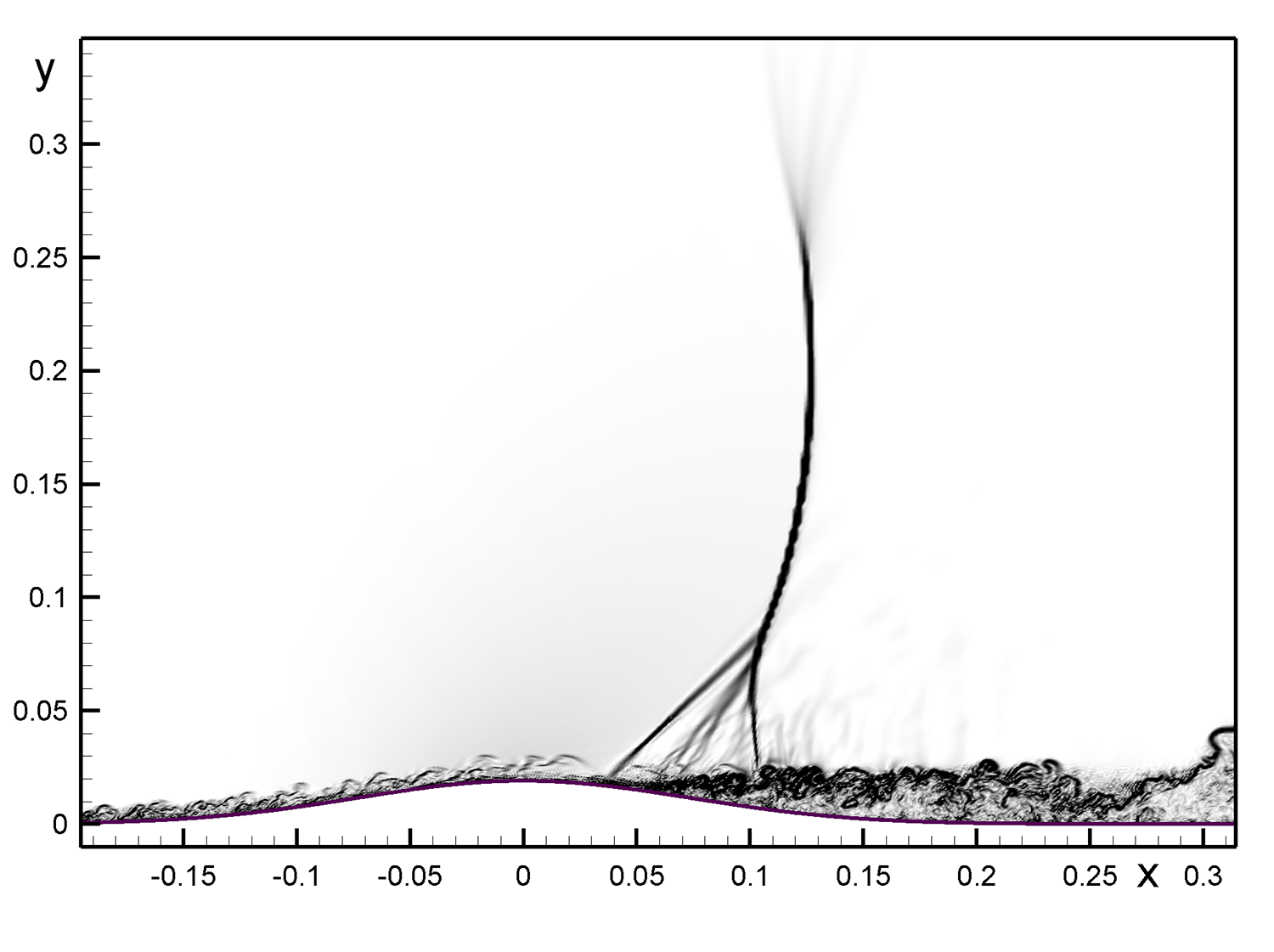 Add to this that a separation bubble forms in the near region and this interacts with the shock. All these phenomena are quite complicated and to explore their underlying physics Large-Eddy Simulations (LES) are used for the Navier-Stokes equations. This is a topic of Ph.D level research. If you want an introduction you can check this source and discover further on your own.

Not the answer you're looking for? Browse other questions tagged aerodynamics supersonic stall shock-waves or ask your own question.

5
What's the pattern of airflow over the airfoil at high angle of attack?
6
"Fundamental of Aerodynamics" 5th editon, example about oblique shock. Is the author's solution wrong?
1
Is high speed buffet possible at supersonic speed?
5
How does a weak shock-wave boundary-layer interaction create wave drag (other than through direct shock losses)?
4
What is the effect of airflow speed on separation?
1
What are the effects of separation at hypersonic rarefied flows?
6
Why does the temperature rise in the boundary layer after a shock wave?
5
Why should Mach wave angle be less than wing sweep angle?