Why does a rectangular wing stall first at the root?

Why does a rectangular wing stall first at the root? as opposed to tapering of the wing which causes the stall at the tip and moving inboard? 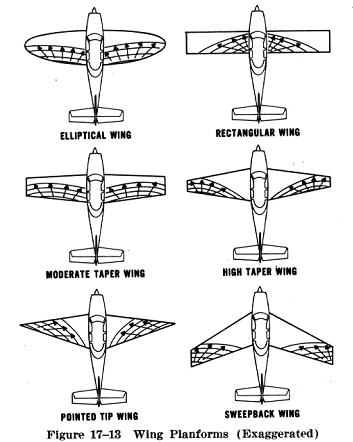 The tip vortex (caused by higher pressure air from below the tip moving into the low pressure region on top by rolling around the tip) reduces the effective angle of attack at the tip and keeps the boundary layer attached longer as the stall progresses. The tip vortex has this effect with any wing shape, but shapes that reduce drag by shrinking the tip vortex will gain less from it, while a wing with less chord will tend to stall at lower AoA -- causing highly tapered wings to stall at the tip first.

I say "gain" because a tip stall is usually considered bad -- it can cause a spin entry, where a root stall with the tips still flying leads to a straight-ahead stall, other factors equal.

Not the answer you're looking for? Browse other questions tagged aerodynamics wing stall or ask your own question.

1
How does aspect ratio affect the stalling angle of the wing?

7
How does the use of Leading Edge Root Extension help in increasing stall angle?
20
Why is the trailing edge sweep angle smaller at the wing root?
10
Do airliners stall first at the wing tip?
3
Why do the elliptical and the rectangular wing show different aerodynamic efficiency?
1
Why local(section) lift coefficient(CLL) is higher near the wing tips compared to the root on untwisted tapered wings and untwisted swept(aft) wings?
0
Do stall strips mean that wing washout is not required?
2
Why does the effective alpha/CL increase at wingtip of swept wing?
1
Why are early wing planforms mostly rectangular?
2
Why is a rectangular wing planform less efficient than others?
4
Why do tapered wings not stall at the root first?