Where is the wing sweep angle measured from?

If you look at a 747 planform wing you see something like this: 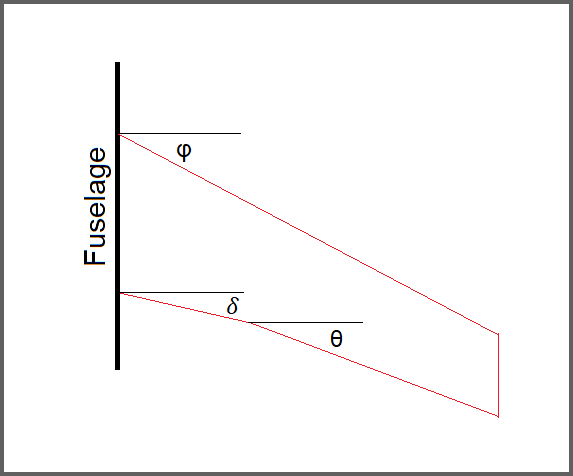 In several aerodynamics and aircraft design text books they use the wing sweep angle as an important parameter to measure the wing efficiency at transonic velocities, but they don't specify from where they measure that angle. Even I've seen wings with double leading edge angles.

Taking the 747 example you mention, on Wikipedia the wing sweep is stated as 37.5°. Three references are given, checking one of them reveals that measurement was taken at 1/4 chord.

As you have noted, there are many angles, and in aircraft design they are all relevant to the designer.

So normally in design 4 angles will be stated. Otherwise, e.g., when checking Wikipedia, the references used should typically be clear. Below shows two $ϕ_{25}$ angles, for example: 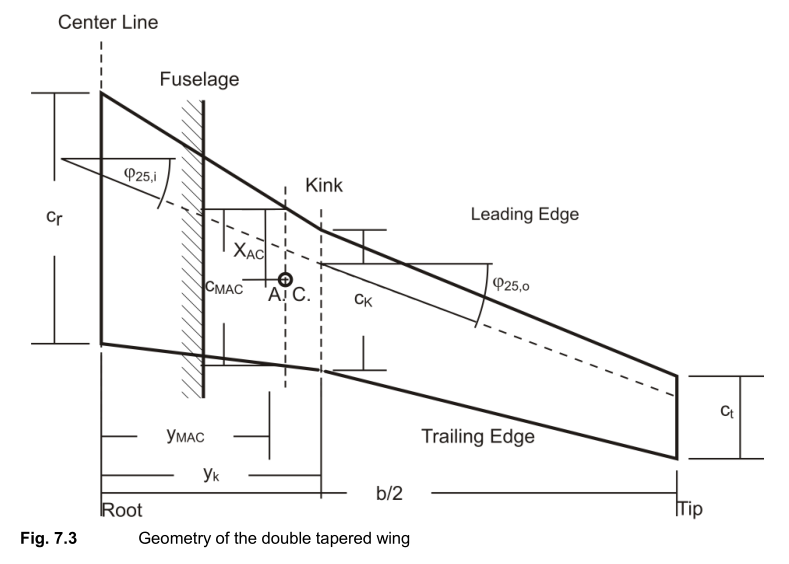 Not the answer you're looking for? Browse other questions tagged aircraft-design wing-sweep measurement or ask your own question.

10
Why should isobars be aligned with the leading edge of the main wing for a transonic cruiser?
4
How is a variable sweep wing constructed?
2
Could a variable sweep aircraft also use negative angle?
4
What would the pros and cons be of this 'zig-zagged' high-sweep wing planform?
32
Why did the DC-3 have wing sweep?
6
What aerodynamic characteristics arise from trailing edge sweep angle?
3
How does downwash affect angle of attack?
2
How does a variable-sweep-wing aircraft keep wing-mounted payloads straight?
3
Why is sweep angle measured at the 25% chord?
2
Taper sweep angle