Why do some Mach trimmers move the elevator? 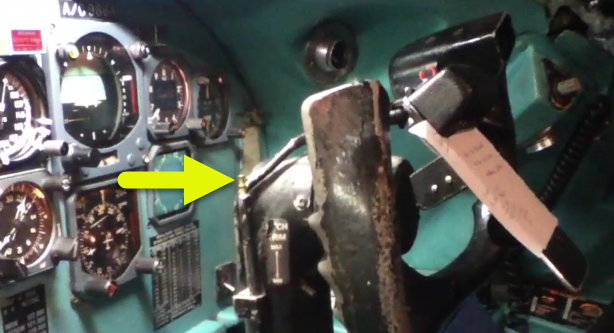 A pop-up rod on a the FO's control column on a DC-9 that shows the Mach trim position. (YouTube)

Regarding the title, I'm not sure if it's just some or all jetliners (I tried to research it). On the DC-9, MD-80, and 737NG,* it is stated clearly in the FCOMs that the Mach trim moves the elevator to counter the Mach tuck. On the 737 the system starts operating above Mach 0.615 (See FCOM 9.20). And below is part of the text from the MD-80 FCOM:

Why don't the mentioned Mach trimmers use the stabilizer? I always thought the stabilizer had more fine control, not to mention the drag penalty of an offset elevator. There must be a reason for moving the control column aft and not just trim the stabilizer.

It is not an era's technology limitation. The Boeing 707 moved the stabilizer for its Mach trim according to both an accident investigation report and a Cambridge University book. And like the DC-9, the 707 did not have hydraulics for its elevators.

My current working hypothesis is that the answer relates to stick forces, but I can't find any reliable sources on the design reasoning.

I checked these posts where Mach tuck was discussed:

I think it's because the 9 uses free floating elevators with servo tabs to move them. The columns just move the servo tabs which means the actual input forces are really low and there is feel spring unit in the system. For mach trim they just have a servo motor that applies a little pull to the column via the feel spring unit, and the rod extends to tell you the motor is pulling on the column.

There is a trimmable stab for pitch trim, but it will have a fairly primitive controller (figuring pre-microprocessor 1965 electronics) and to incorporate a mach trim mode into the stab control system was probably much more expensive than the simple setup they came up with.

The more modern setup, with hydraulic elevators that are always faired with the stab when not displaced by a control input, and a stab controller that is fully integrated into the autopilot and air data systems is way less drag.

20
What are the advantages of a Trimmable Horizontal Stabilizer?
16
What is MCAS trying to fix on B737 MAX?
7
Why does aircraft stability increase when it transitions from subsonic to supersonic flight?
5
Does the MD-90 use a different elevator system from the other DC-9 versions?

4
Is setting elevator to certain angle equal to trimming the horizontal stabilizer?
10
Why are airliners not inherently "speed stable"?
5
What's the relationship between drag divergence Mach number and maximum operating limit Mach number?
3
Is it correct to say "the up-elevator position decreases the camber of the elevator"?
1
What is the airflow across and below an elevator?
1
Why does elevator dropdown occur in some loss-of-flight-controls accidents, but not others?
0
What would happen if the elevators were set to opposite angles?
1
Amazon Atlas nose-down elevator deflection?
8
Does the yoke move when trimming a THS like it does when using elevator trim?
2
Why does air density drop when speed nears the Mach 1?