How does drag change with Reynolds number?

If you want to scale down an airframe, i.e., for wind tunnel testing, you have to adjust for the Reynolds number. I want to ask if in case I forgot to adjust the Reynolds number, would the drag on the airframe be greater or smaller after scaling down than what could be predicted from change in frontal area?

Recall the definition of the Reynolds number:

Where ρ is the density, v is the velocity, μ is the viscosity of air and l is the characteristic length.

The characteristic length is typically the chord length of an airfoil but can also mean the overall length of the airframe. When we scale down a model, we are decreasing l.

Decreasing l while holding all other variables constant (which I assume is what you meant about "forgetting to adjust the Reynolds number"), has the net effect of lowering your Reynolds number.

Looking at airfoil graphs for example, we can see the relationship between the Reynolds number and the drag coefficient of the body: 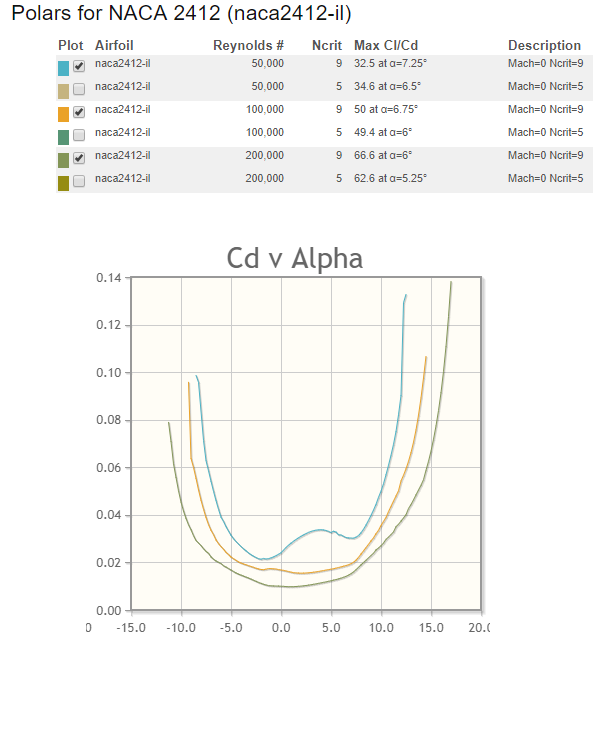 Not the answer you're looking for? Browse other questions tagged drag reynolds-number or ask your own question.

8
Does airspeed affect the critical angle of attack on an airfoil?
8
How does Reynolds Number affect skin friction drag?