Can you identify this unusual plane by its description? [closed]

I saw this plane many years ago:

If you can identify this plane, could you please tell me the make and model and what it's used for?

UPDATE: the question has been put on hold so I will try to be more specific. I saw a plane fitting this description flying unusually low over the Chelsea neighborhood of New York City on the morning of September 11, 2001 shortly before 9:00 AM. It was flying south over 8th Avenue. I had just exited the subway station at the 23rd Street and 8th Avenue. I was walking west towards my office on 11th Avenue when I was startled by a very very loud sound directly overhead. I turned and looked up and saw this low flying plane. I have never ever seen an airplane fly that low except near an airport terminal. It was shocking and frightening. I literally thought the plane was going to land in the middle of 8th Avenue. I remember looking for smoke or visible signs of damage but it looked like it was okay. It was actually slowly and gradually descending, but then it climbed back up. There were no markings on the plane apart from the blue "bulls eye" on the "nose" (pardon my lack of knowledge about aviation. I don't know the proper terminology).

Several minutes later I was on the M23 bus when I heard an extremely loud bang, which I would assume was the first plane hitting the WTC. It was so loud that my ears were ringing for a while. I remember trying to convince myself that the sound had nothing to do with the plane because the thought was too awful. At the time, there was a lot of construction going up on west Chelsea (gentrification. high rise luxury condos being erected where transsexual prostitutes used to roam the streets). I tried to convince myself that it was from the construction. The image that came to mind was taking a steel garbage dumpster and throwing it off the top of a skyscraper.

I don't know what this plane was but it had something to do with what happened on 9/11. If only I had had a camera at the time and could have taken a picture. I need to know what this plane was and how it fits into what happened that day. This is not a joke. I realize that this is going to be controversial and some people may be upset. I want to reiterate that this is not a joke of any kind. Please do not flag this post. I need an answer to what has haunted me for 17 years. Thank you.

Sounds like it may have been a Boeing RC-135 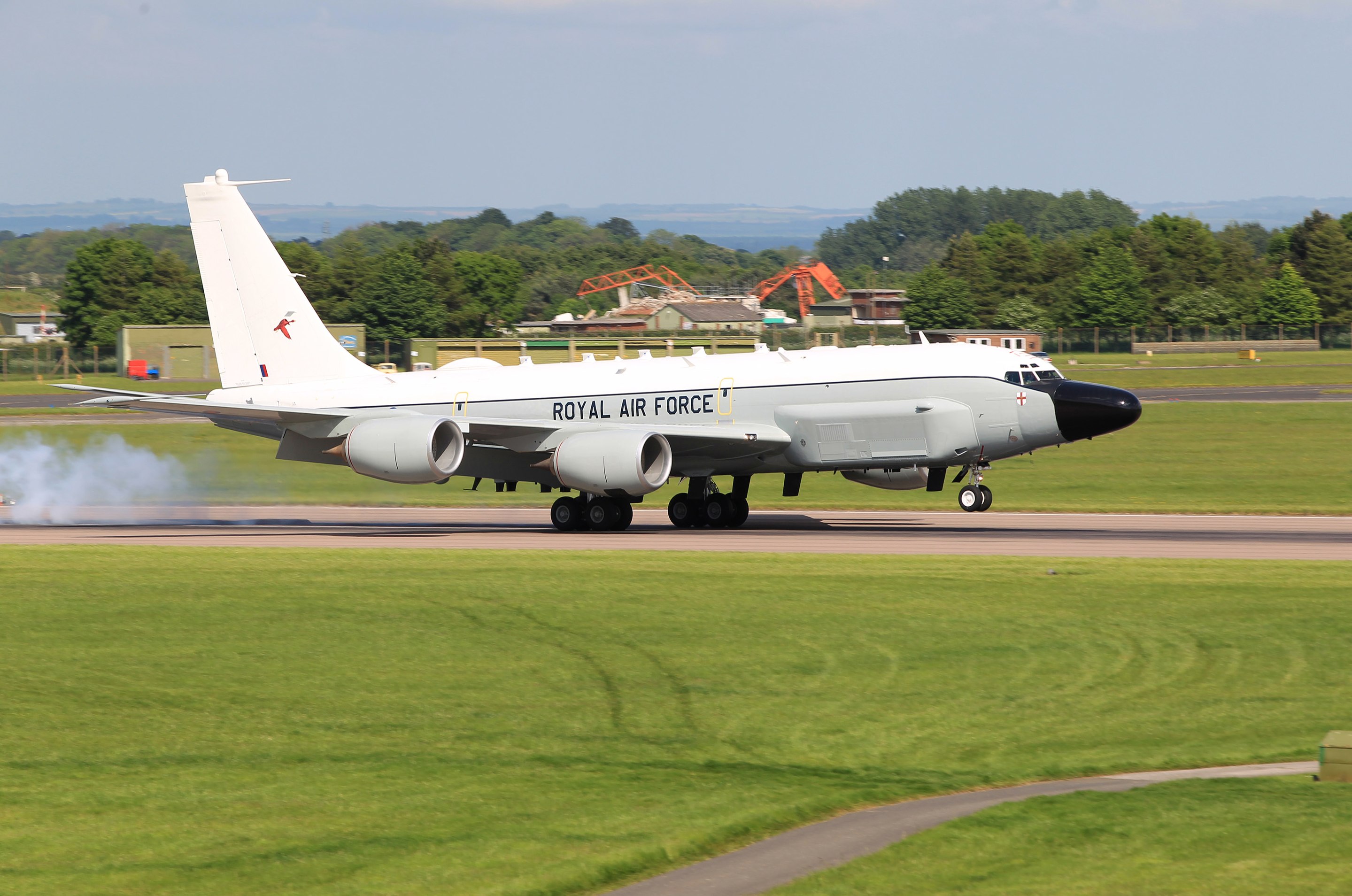 No windows and a flat grey color would lend to either a cargo aircraft or a military aircraft with military being likely considering the color choice.

Not the answer you're looking for? Browse other questions tagged military aircraft-identification cargo tanker or ask your own question.

7
What UK aircraft looks like an Islander but with twin fins?
8
What aircraft looks like a cross between a Cessna and a glider?
9
Can you identify this plane from 1920 and prior vintage?
5
What military aircraft has six propeller engines?
4
Identify canard, low-wing, single pusher-prop plane over Upstate NY
39
Can someone identify this unusual plane at SeaTac airport?
13
What is this plane with its thick cockpit?
41
What is this quad-jet plane at El Paso Airport?