As stated many times here 1, 2, 3 wings generate lift by moving air downwards. This downward air creates an equal and opposite force pushing the aircraft up.

Now my question is why does this matter?

When using "solid" objects to generate "lift" this doesn't matter as long as the solid object is strong enough not to break. For example the image below shows 2 different sized poles (different aspect ratios) resisting the same amount of force. 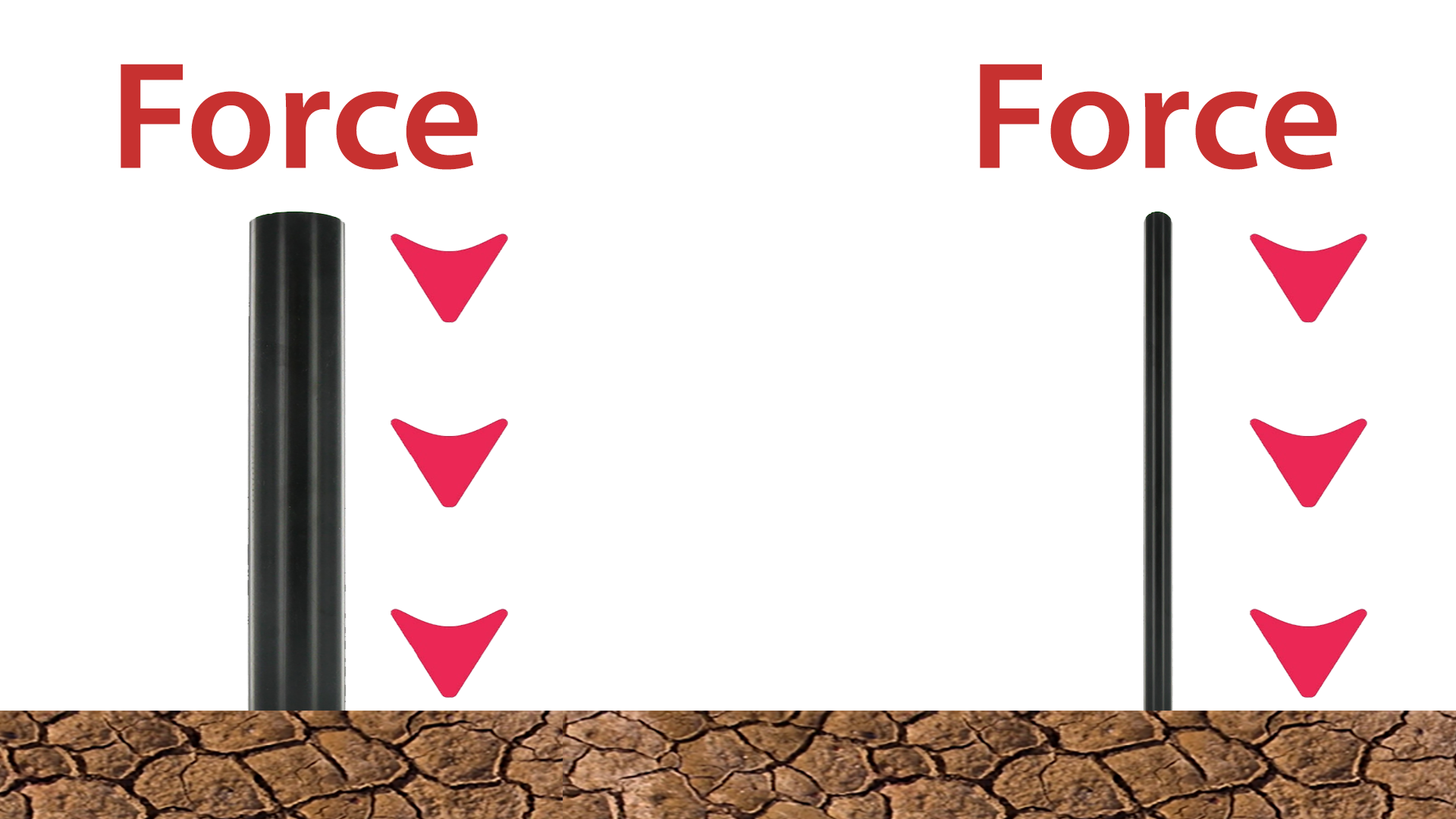 Air is not a solid, and so when high pressure is exerted against it, air will compress absorbing some of that pressure and converting it into heat and potential energy.

There is also pockets of low pressure that will form which can try to "suck" the aircaft back into it creating drag. In some cases these low pressure pockets cause the water vapor in the air to even evaporate: 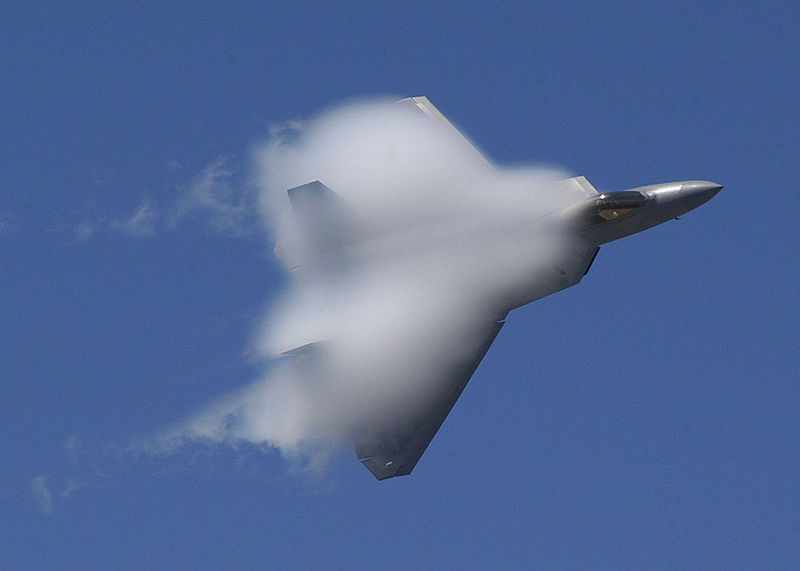 Is this the reason it's more effective to move a lot of air slowly, vs a little bit of air a lot? To prevent the energy from being lost to heat conversion/ storing potential energy that your aircraft will not beneficent from as you already flew out of the area of the release?

If that is true would the same apply to water which is a non compressible liquid? Is this why we don't often see boats with "high aspect ratio" displacements of water?

No. In fact, compressibility does not really come into play until you come into ground effect or high Mach numbers.

Let's consider placing an object (why don't you try your (empty) coffee cup?) in mid-air. The moment you release it, it will rapidly accelerate downwards and eventually disassemble spontaneously. This is because air can move out of the way of the coffee cup. The only reason the cup experiences some resistance is due to the viscosity in air (very minor effect) and the inertia of the air that's in the way.

The force to keep the object aloft is $$F=m_{object}g$$ The force generated by downwards momentum transfer is $$F=\dot{m}v$$ with $\dot{m}$ indicating mass flow (kilogram per second) of the air (not the mass of the object). The energy flow (power) required to impart this momentum on the airflow is $$ P=\frac{1}{2}\dot{m}v^2$$ Here we can draw an important conclusion. The power requirement is arbitrarily small, by increasing the mass flow and decreasing the downwards velocity.

95
Are wings any more efficient at creating lift, versus orienting the engine's thrust downwards?
50
How complete is our understanding of lift?
11
How is lift provided by a wing affected by propeller wake?
3
Can lift be equated to how much air is moved?