What is the purpose for two nitrogen charged chambers in an oleo strut?

What is the purpose of a twin nitrogen charged chambers oleo, such as the one illustrated below? Why is it used and what are the advantages compared to a conventional mono-nitrogen chamber? Training manual describes its operation as follow:

"Compression of the strut forces hydraulic fluid through the restrictor, thus pressurizing the nitrogen in the upper chambers and thereby absorbing landing shock loads. A flutter plate in the restrictor assembly permits an unrestricted flow through its controlling orifices during compression, however, flow is restricted during subsequent extension, thus eliminating any tendency to bounce during recoil."

While I understand the operation, it is not clear why this design solution was used. 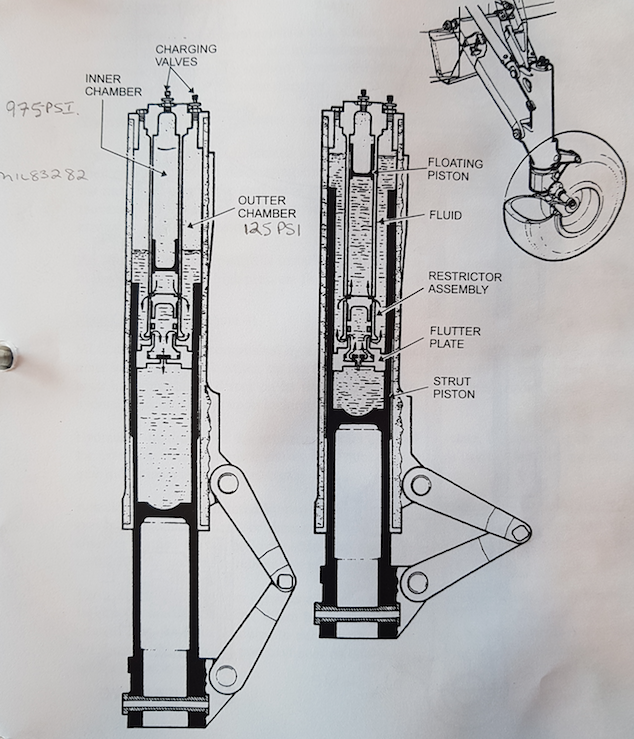 The illustration is somewhat misleading in that the floating piston in the high pressure chamber should appear bottomed out when the strut is extended. There is no way for a fluid to be in equilibrium at two different pressures.