Can anyone identify this tri wing twin engine WW1 plane

Can anybody identify this WW1 or earlier plane? This tri-wing plane has two engines, most others I have googled have only one. 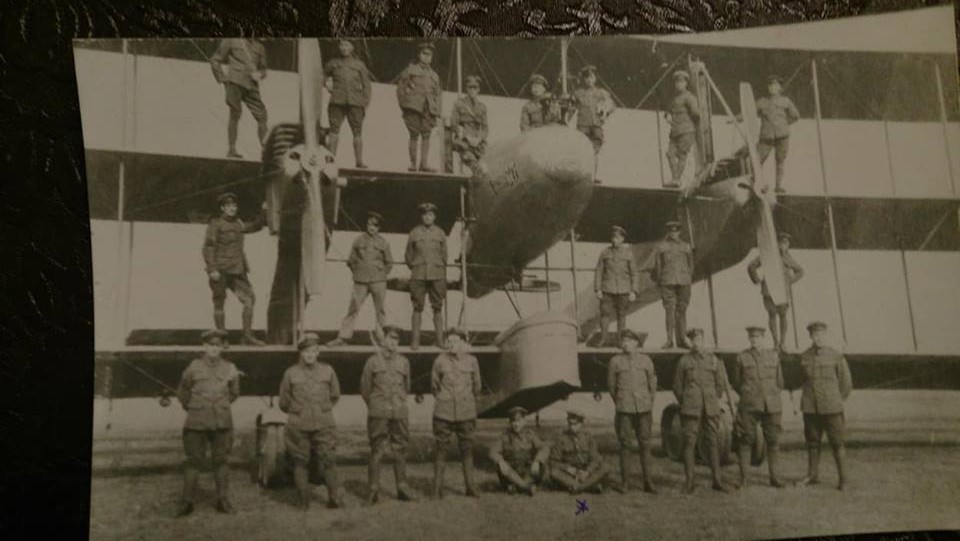 Gianni Caprioni's 1918 Ca 4 triplane bomber, shown here with Caprioni and three companion aircraft. It has a twin boom tail and a pusher prop in the center pod, so it is a triengine triplane. 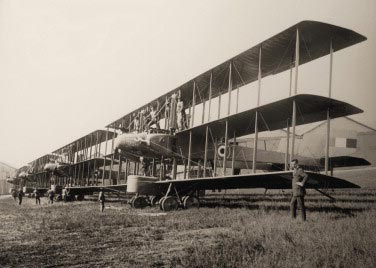 Probably a Caproni Ca.42. Six were acquired by the RNAS, which became the RAF in April 1918. (A service number of 2xxxxx indicates a man who transferred in from the RNAS, incidentally, so this fits.)

The squadron which operated these, after renumbering, was No. 227 RAF; WP suggests this was part of 67 Wing, though I can't find a clear source for this elsewhere.