How do I find the magnetic bearing to the station in this question?

In my PPL trial test, I have the following question regarding an NDB:

Consult Figure 3, Illustration 6. On a magnetic heading of 160°, the magnetic bearing to the station is:

Nevertheless, the test claims that the correct answer is 205° (which I'm guessing is, for some reason, calculated as 160° + 45°). Could you kindly explain what is wrong in my thought process or interpreting the ADF instrument? 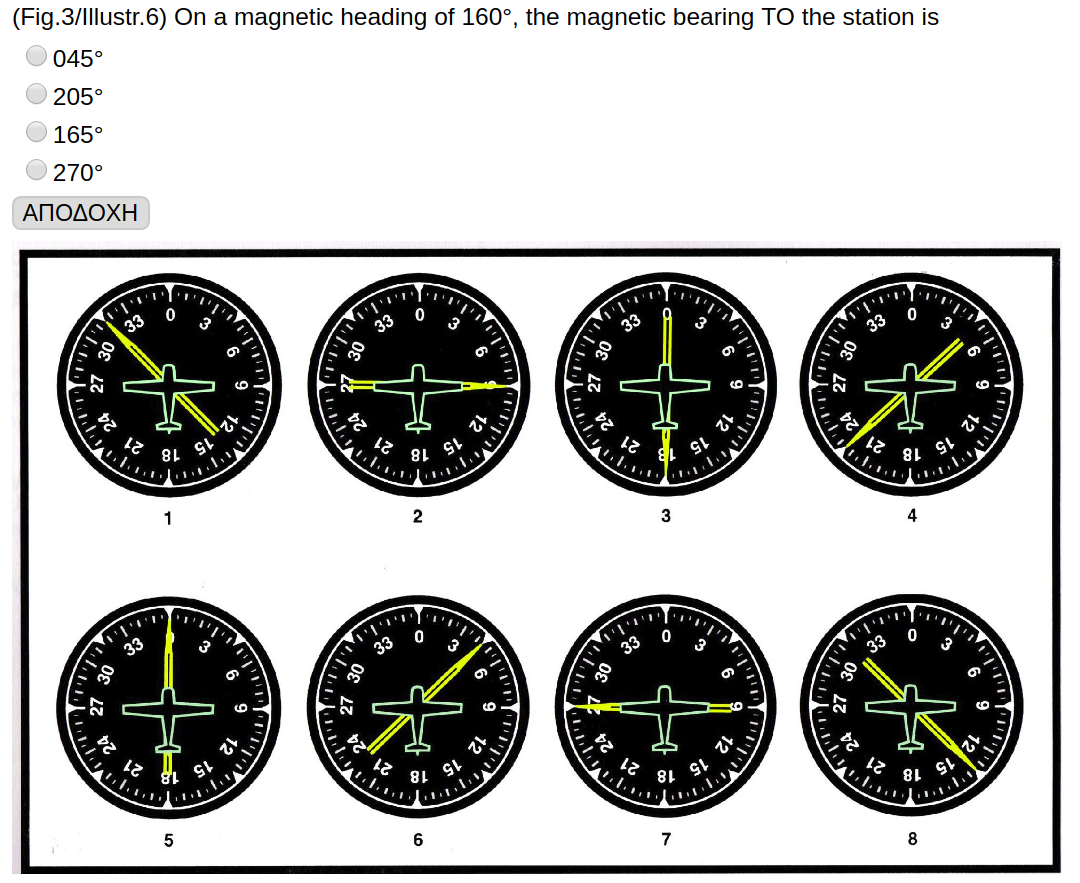 MB=RB+MH for fixed card ADF. as shown here Airplane now heading 160 from north " nose of airplane " relative heading now is 45 from heading of airplane " from nose " it means station is located 45 degrees from your heading which is 160 degrees north so the magnetic bearing to the station equals 160+45=205 hope it helps

Not the answer you're looking for? Browse other questions tagged radio-navigation ndb or ask your own question.

9
How wide is the cone of confusion above a VOR and NDB?
0
How do I calculate the aircraft's deviation from track in this exam question?
2
How does a TACAN signal change with bearing from the station?
2
What is the answer to this question about aircraft position based on an NDB?
0
How does the heading selector on the ADF work?
4
If the RMI heading rose is stuck, would the needle still display correct bearing?
7
Why is the treatment of magnetic variation different for NDB and VOR?
3
How does increasing the rate of pulse pairs in DME 'search' mode help?