What can cause a sudden jump in Indicated Air Speed?

My aircraft heading is 321 with constant Static pressure, wind speed and steadily increasing Ground Speed. Meanwhile, there was a sudden jump of 10kts in IAS from 140 to 150 kts withing a span of 1 sec. For this span, Wind direction is rapidly changed from 176 tp 300 degree A.

Is wind direction is cause for IAS jump ?

Yes, exactly, the change of wind direction is the cause for your sudden increase of IAS.

I have marked your aircraft heading with a magenta arrow and the direction the wind comes from with a brown arrow. So, you are going 140 KIAS at this moment and you have a steady 5 knot tailwind. That means you have a GS of roughly 145 kts (we will ignore air density and that it's not a perfect tailwind in this example). 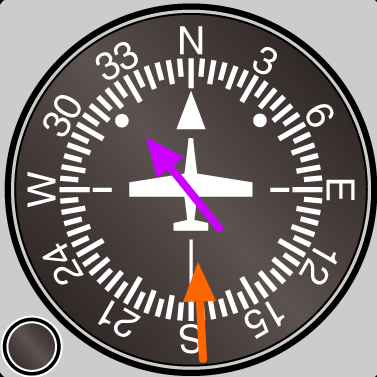 Now the wind direction changes all of a sudden. 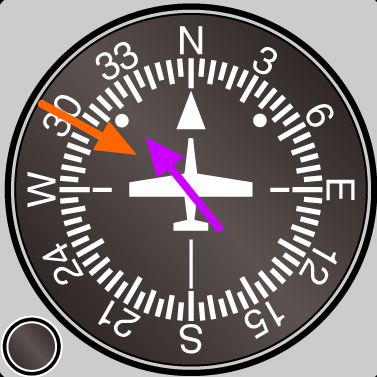 You have now got a nearly direct headwind. That means there are in total 10 kts more worth of air going into your pitot tube and thus indicating 150 KIAS. That's because your aircraft lost the 5 knots tailwind and at the same time got a 5 knot headwind. Because of the fast wind direction change, the aircraft kept its "momentum" and the airspeed increases by double the wind speed.

Not the answer you're looking for? Browse other questions tagged aerodynamics wind or ask your own question.

28
Does a sudden drop of the velocity of the headwind affect the airspeed by lowering it?

9
What is the maximum wind speed a Boeing 737-800 can deal with during takeoff and landing?
6
If indicated air speed does not change can the amount of lift change?
7
What causes a slight increases in indicated stall speed with altitude?
1
What should a pilot do when facing a sudden tail, cross, or head wind?
1
What is the minimum speed a glider can thermal at?
5
How changes in Air masses, Air flow direction and intensity affect lift?
0
What determines the maximum ground speed of hot air balloons?
3
How can I estimate wind speed and direction in VFR?