What is the identity of this abandoned, wrecked Sudan Airways airliner?

The other day, I was browsing Twitter, when I came across this picture of an airliner posted by a Sudanese local (thought it was a Boeing 737, but a friend of mine pointed out that it was an Airbus A300). I tried Google Image Searching it, but couldn't find any more details about how it got to be wrecked in this condition ... Could anybody shed a light on this? 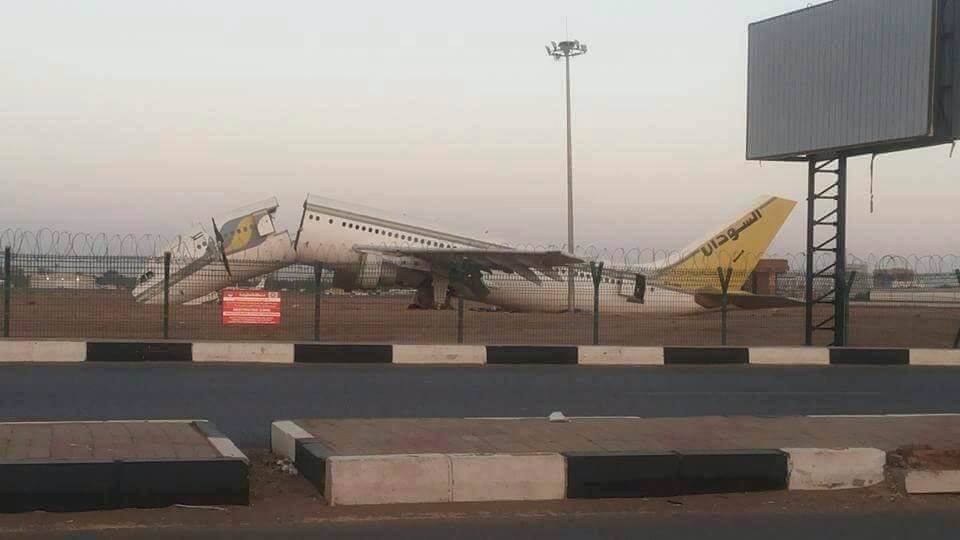 According to this person the photo is of an Airbus A300B4-620, ST-ASS (Ex F-WZLR, F-ODTK) that is being scrapped at Khartoum Airport. In his photo the cut in the fuselage closest to the cockpit has been made, but the one further aft has not yet. You can see by the shape of the first cut that it is the same aircraft.

It looks to me more like an abandoned plane (that's fallen apart) rather than a crashed/wrecked one. A Sudanese A310 crashed at Khartoum in 2008 - but it caught fire and was destroyed, which clearly hasn't happened here unless someone came and repainted it afterwards.

This list gives ten A300s which have previously been owned by Sudan Airways; TC-OYC is stored at Istanbul (and this doesn't look like Istanbul), ST-ATA is stored location unknown, and ST-ASS was scrapped while last owned by Sudan. Of their A310s, ST-AST, is stored (location unclear); ST-ATN was destroyed by fire after a crash. So that's three A300/310s which might plausibly be lying derelict at a Sudanese airport.

For an alternative count, this thread lists four A300s "stored" at Khartoum, ST-ATA, ST-ATB, ST-ASS & ST-AST; all put up for sale as parts/scrap a few years back but never sold. No pictures but it's clear they're not in a great state.

This is an Airbus A300. Sudan Airways has not had an accident with this type of aircraft and as such it must be a retired plane.

12
Is defacing the airline logo of a wrecked airplane illegal?
2
What happend to the airframe of the Aloha Airlines Flight 243?
3
What do “azimuth window” and “compass switch” refer to in this accident report?
0
Smoking in the cockpit - how is this tracked?
25
Is this one of the engines from the 9/11 aircraft?
6
What changes were made to the 777 as a result of British Airways 38?
10
What does Lion Air faking the repair of the AoA vane mean for the Florida repair shop that ceased operations?