In a dogfight ("A" Scenario), aircraft "A" is being shot at by aircraft "B". In order to lead aircraft "A", "B" must turn inside "A" and will soon overshoot if "B" does not perform a defensive maneuver. "A" can force an overshoot and then turn into "B" for a shot.

("B" Scenario) To prevent "B" from overshooting, it is common practice for it to perform a YO-YO (quick climb then dive) which absorbs energy and increases the flight path which will help keep it behind "A".

In the second scenario, what options does the lead aircraft have to gain the advantage over an enemy behind it that likly is about to perform a YO-YO? 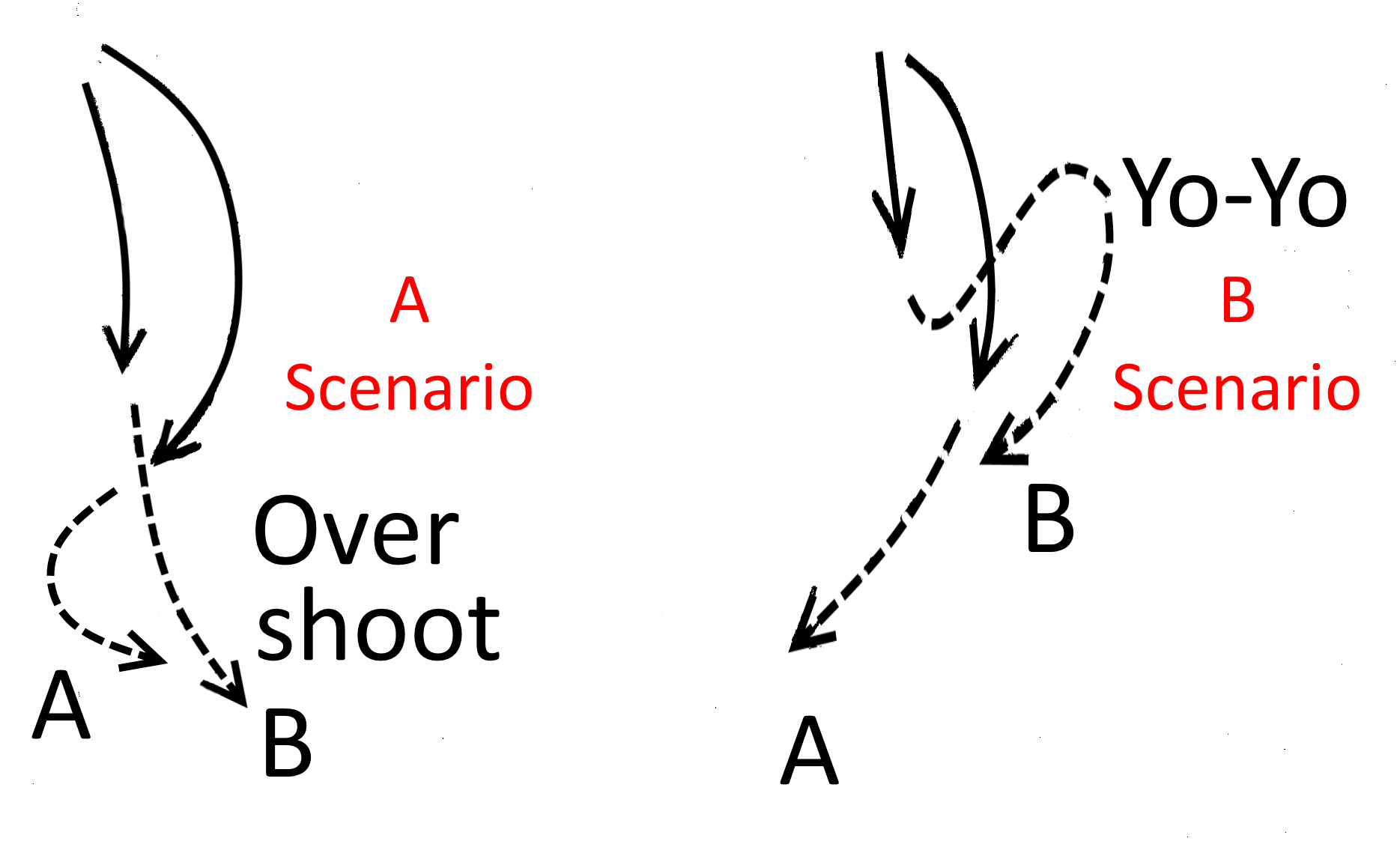 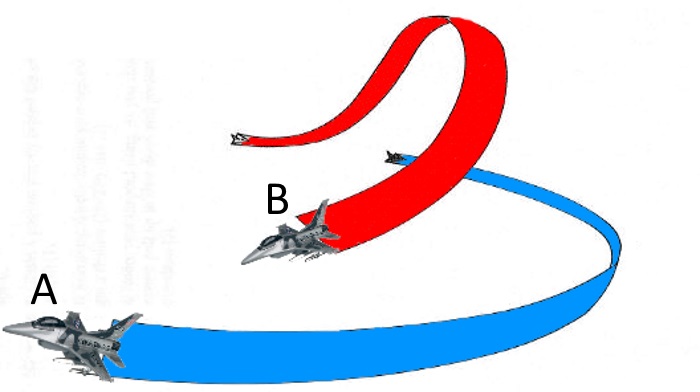 Sort of amusing F-16s were used here, instead of older vintage aircraft. One must realize those little turns would involve high Gs that may incapacitate the pilots. Also, any "yo-yo" would bleed off a lot of energy and make B an easy target for wingman of A.

One "oldie but goodie" would be for A and its wingman (person) to weave and have B turn right into the wingman's line. This is the value of teamwork.

However, these days, more realisticly, you need to dodge the opponents missile, which can be very tough. Stealth and shoot now rule. But old methods should still be studied.

In the second scenario, one on one, aircraft A would also try to "yo-yo", and they wind up in "a rolling scissors". The aircraft with more power to weight and better turning rate prevails. For identical aircraft, it would be pilot skill. But for modern aircraft with missiles and partners, this type of turning engagement would be very rare.

Col John Boyd was a masterful genius who developed many concepts of aerial warfare, including the concept of specific excess power, to compare dog fighting capabilities, the OODA loop, and wrote the first USAF manual on fighter tactics, the Aerial Attack Study. See page 72, procedures for countering high speed Yo-Yo, and page 84 for the low speed.

An excellent biography, by Robert Coram, covers his life.

He was dubbed "Forty Second Boyd" for his standing bet as an instructor pilot that beginning from a position of disadvantage, he could defeat any opposing pilot in air combat maneuvering in less than 40 seconds.

Not the answer you're looking for? Browse other questions tagged aerobatics dogfighting or ask your own question.

9
Do fighter jets have a traditional inverted fuel system?
51
Why do fighter aircraft manufacturers still focus on making their planes more dogfight-worthy?
12
Do fighter jets experience a reaction or recoil force upon firing a missile?
10
What if a aerobatic fighter pilot sneezes in middle of a maneuver?
41
If all fighter jets become stealthy, how will they fight each other in the future? In dogfights?
18
How did night fighter aircraft manage to shoot down their foes in World War II?