What happened to Widereøe flight WF0597?

WF0597 was a scheduled flight from Bergen Airport Flesland (ENBR) to Kristiansand Kjevik (ENCN). The Embraer E190-E2 immediately started circling Flesland and continued for about 1 hour and 40 minutes, before making a stop at Flesland.

What could have happened to this flight such that it would behave as it did?

A pilot friend suggested landing rounds, but this means that the flight was cancelled at some point, even though the websites of Widerøe and Flesland says it had departed as scheduled.

Is this normal? If not, any theories as to what might have happened? 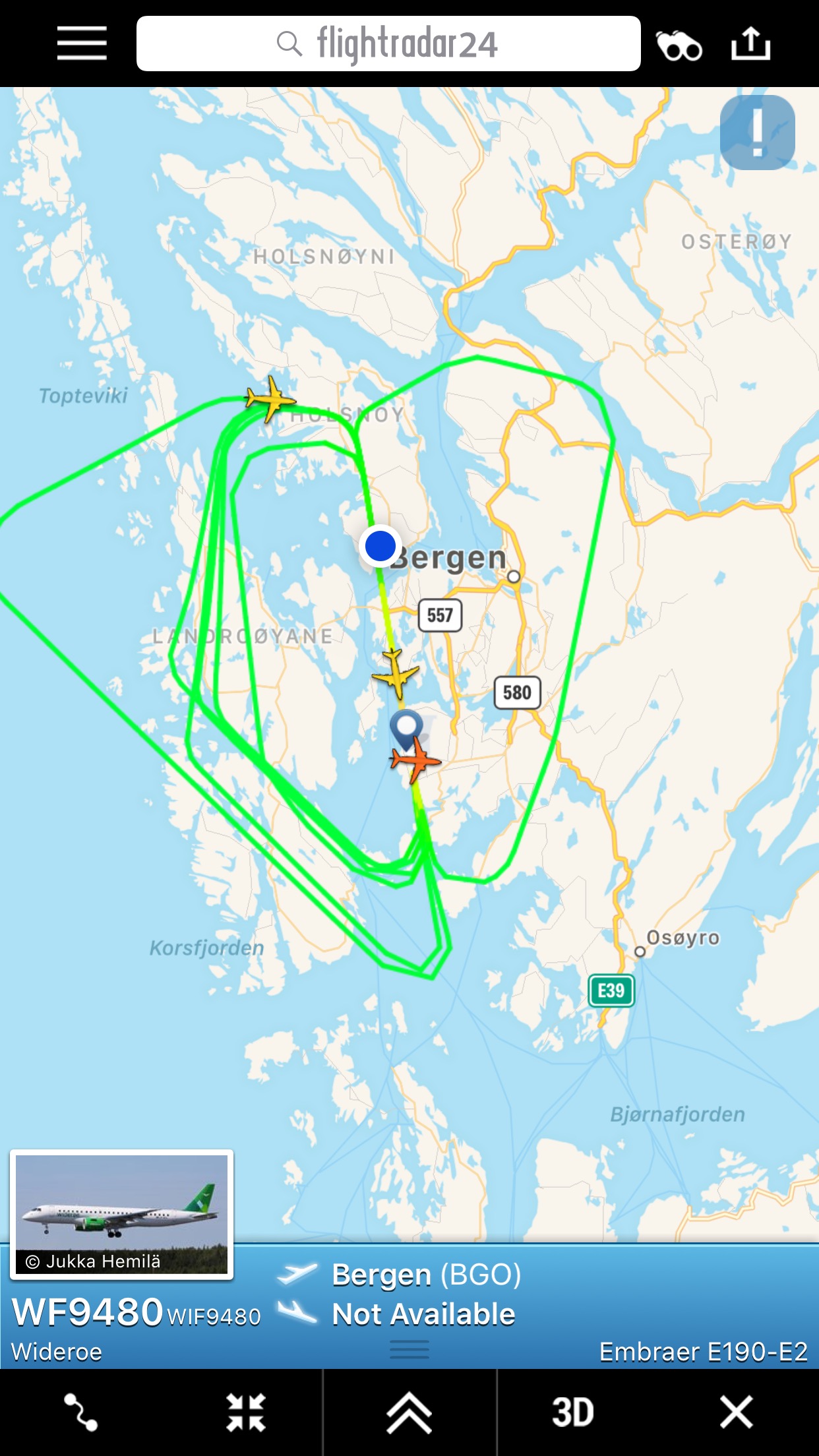 All occurrences of WF597 show an aircraft regularly departing Bergen and landing in Kristiansand. All have been operated by a Dash-8, none by an Embraer.

You have probably mixed up two aircraft that were close in the air.

Not the answer you're looking for? Browse other questions tagged landing circling-approach or ask your own question.

11
If skydivers cannot jump on a flight, what should I take care of when landing?
34
What happened during this foggy landing?
1
What has been the maximum number of failed landing attempts for any commercial flight yet?
11
What is the requirement of a higher glidepath/approach angle and is this a flight safety issue?
7
What are the guidelines to execute a missed approach during circling?
0
What is a hypernym for the ascending and descending legs of a flight?
7
Under what circumstances can a flight attendant unbuckle and get up during landing?
2
What are the specific side step minimums for an approach?
1
What is the visual manoeuvring area (circling approach) radius for PANS-Ops (ICAO)?