How often do pilots fly drunk?

AVweb reported: 2018.07.30 - A former pilot for Alaska Airlines was sentenced on Wednesday to a year and a day in federal prison, for flying two flights in 2014 with a blood alcohol level more than three times the legal limit.

Arnston flew from San Diego to Portland on June 20, 2014, and then from Portland to John Wayne Airport, in Orange County. After landing, Arnston was selected for random drug and alcohol testing by airline personnel. Two breathalyzer tests showed Arnston had a blood alcohol concentration of 0.135 percent and 0.142 percent. The federal limit is 0.04.

BoardingArea reports: 2018.09.02 Prosecutors allege he struggled with alcohol addiction over those two decades and routinely piloted commercial flights under the influence of alcohol.

Are there any published statistics on the percentage of pilots tested or otherwise gleamed for alcohol that failed?

How often do pilots fly drunk? 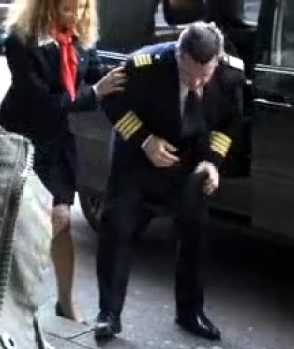 Its rare but it does happen. You can search the NTSB database here, the phrase "positive for alcohol" yields the best results as toxicology is fairly common in an accident so a lot of reports include "negative for alcohol" making "alcohol" alone a bad search term. I was able to find a few examples here, here, here, and here as well as some more report results.

according to this article

They don't cite any sources though.

This looks like it might be the original study and has slightly different numbers but this seems to include all "Aviation Employees" so pilots, crew, ATC and the related may have been included.

Validity of Suspected Alcohol and Drug Violations in Aviation Employees

The FAA also has an interesting fact sheet you can find here quoting some accident numbers from the late 80's and early 90's as well as the pilots BAC.

Its worth noting that the regulations have changed a fair bit over the years. The current regulation for this is FAR 91.17 which establishes an 8 hour "bottle to throttle" time frame as well as a maximum .04 BAC.

(1) Within 8 hours after the consumption of any alcoholic beverage;

(2) While under the influence of alcohol;

(3) While using any drug that affects the person's faculties in any way contrary to safety; or

If you take a look at the original amendment creating 91.17 it reads

(1) Within 8 hours after the consumption of any alcoholic beverage;

(2) While under the influence of alcohol; or

(3) While using any drug that affects his or her faculties in any way contrary to safety.

the important difference being that it does not establish a maximum BAC but leaves it open to the interpretation of "under the influence" which potentially left room for intoxicated pilots prior to the current verbiage.

Thankfully this really does not happen all that much, most airlines have processes in place to catch those with a problem and there are programs available. This is because drink is recognized as a sickness and therefore treatable.

We have also seen willingness on the part of ground staff to report any unusual behavior and there have been several cases where the pilot has been prevented from flying.

Each in its own is not an indicator but when a few are present then its time to look deeper. Sad to say its usually the first-officers who notice this first and this is where good a healthy reporting culture is required to allow them to speak up.

Another pointer is when someone leaves a bigger airline in favour of a smaller airline .. while a lot of pilots really want a change of pace, a wise fleet manager will have a quite word with his ex-employer.

19
How can pilots fly VFR over-the-top in overcast conditions?
32
How do pilots rest on long-haul flights?
23
How do commercial pilots send distress signals?
9
How often does fan blade out happen?
11
How often does evacuation happen as shown during the pre-flight safety videos/stewardess instructions?
6
How are pilots trained to prepare for crashes?
15
How do you report reckless pilots?
8
Why are rules regarding the use of oxygen masks by commercial pilots often ignored?
6
How do pilots clear an aircraft to fly through a hurricane?
1
How close are planes allowed to fly next to each other?