Do vapor clouds increase the radar scross section of an aircraft?

The F-22 is known for its stealth capabilities, which is mostly achieved with an extremely low RCS. Due to its high maneuverability we also see this plane often creating extreme vapor clouds while maneuvering: 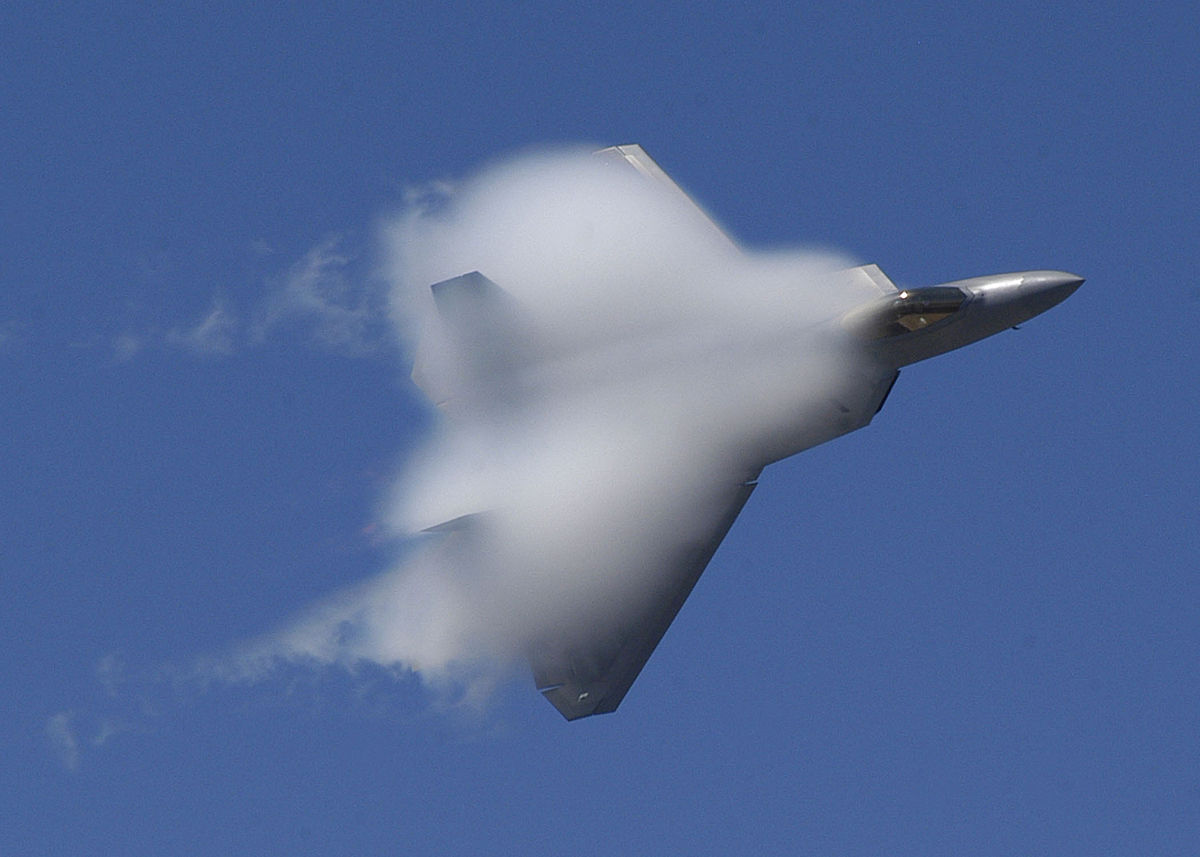 We know that weather radar can detect clouds, so do such vapor clouds increase the RCS of the airplane?

As with most things involving the military, the latest generation of radar detection is classified, and no one really knows all the tricks it uses to work.

However, ignoring the newest bells and whistles let's answer your question with simple radar implementations.

At it's core, radar is a broadcast of an electromagnetic pulse that bounces off anything which reflects it. This reflection is then picked up by a receiver, and after some computer math you get radar predictions.

So the important question to ask, is what band of electromagnetic radiation is being used, and will that particular band of radiation be deflected by cloud vapor?

Most aircraft detection radar uses radiation in the low frequency areas. As you can see on the chart below, long waves are also called "radio waves" is the normal frequency. 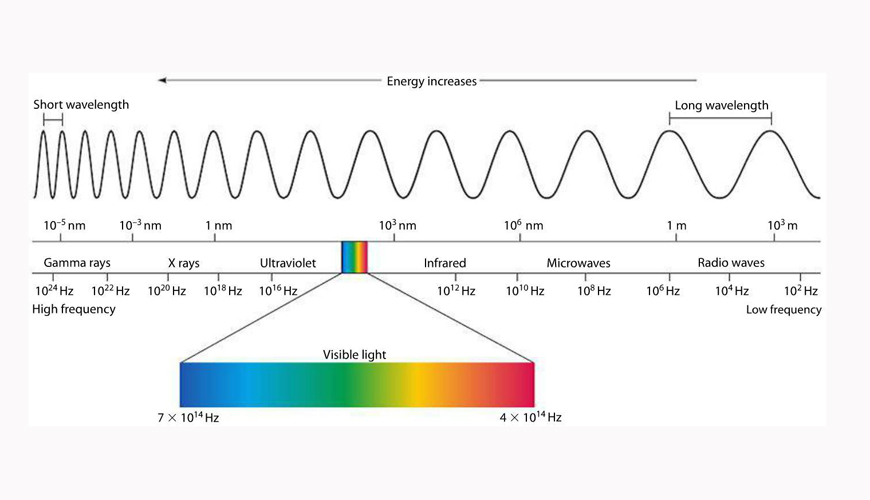 This is also what weather radar uses, so it's quite obvious that yes the vapor cloud of the plane will deflect the radio waves. In fact most ham radios operating off similar frequencies rely on the deflection of clouds/upper atmosphere imbalances to communicate with other radios without having a line of sight.

However this is the interesting part. The vapor cloud a jet fighter produces doesn't normally last that long, and when the receiver starts getting the strange data of a small cloud appearing and disappearing it's up to the radar operators/manufactures what to do with this data.

Do you write it off as noise? Or do you say "hey this cloud is moving at mach 1, and is appearing and disappearing in a predictable flight path, we should probably shoot a missile at it."

I'd imagine the military would chose the latter, and I would think the military of any powerful nation would learn to exploit these vapor clouds.

However again that's kind of classified information, so I'm really guessing at this point.

I could end the answer here, but I want to explore another aspect of next gen radar which is the use of infrared radiation. Also called "heat" radiation.

Infrared radar uses a receiver to detect objects in the sky that are emitting heat. Jet engines obviously leave quiet a bit of heat in their wake so this works pretty well.

Now can the vapor cloud diffuse this type of radiation? Maybe, but probably not.

I say maybe because I've never been able to measure the temperature of a jet's vapor cloud, but I'd imagine it's pretty hot. However if you want to make the argument that it's only slightly above ambient temperature then maybe this will temporarily help mask the aircraft's heat signature.

If though you think like me that the vapor is very hot considering the extreme pressure the air just went through to make the vapor cloud in the first place, then this will work against the aircraft to expose more heat to ir detection.

So to answer your question, yes this could cause a problem with radar detection, however I hope that anyone who puts billions of dollars into building these aircraft know about this limitation and inform pilots not to do a vapor causing maneuver within enemy radar when stealth is needed.

Not the answer you're looking for? Browse other questions tagged military stealth or ask your own question.

16
Does the F-22 (or any other stealth aircraft) carry chaff?
1
What is the effect of opening airplane bay doors on the radar cross section of the airplane?
4
Do designers use the same RAM (Radar Absorbing Material) coating across the length and breadth of a fighter aircraft?
112
Why does it take so long to develop modern military jets?
17
How can a single misplaced screw so massively increase a stealth aircraft's radar cross-section?
0
What is the relation between clouds and radar effectiveness?
1
How does maneuvering affect radar detection of stealth aircraft?
23
If stealth aircraft are invisible to radar, then how does their own Air Force manage them or see them in flight?
7
How does the F-22 Raptor radar reflector work?