The two illustrations below show the typical spoiler location and the lift distribution of a wing. For comparison a third picture shows the location of spoilers on a glider.

It appears the airliner spoiler is located so it destroys very little lift but would really only contribute to drag - is this really the primary contribution spoilers have to the aerodynamics of an airliner or is there more happening here? 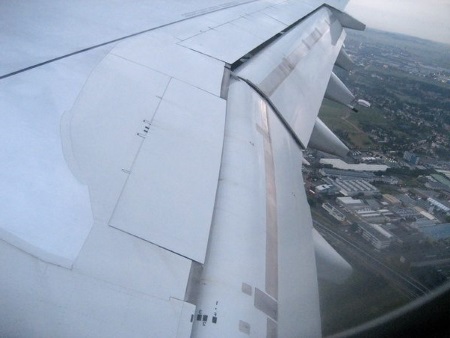 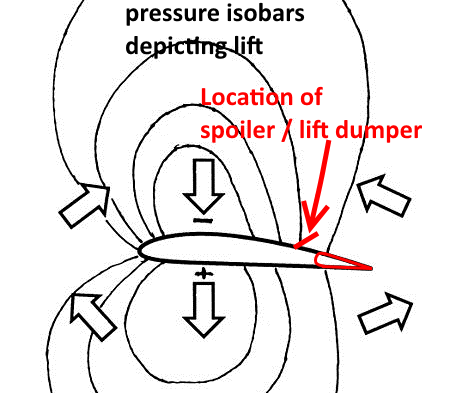 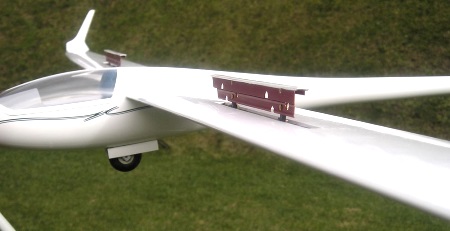 For comparison, a glider spoiler located at the center of lift - source

You modified the lift distribution diagram by adding spoilers without showing how that modifies the lift of the wing. The trailing edge of a wing controls how much lift is produced, whether you call it flow turning, circulation, or whatever.

Your diagram implies that lift is produced regardless trailing edge position. If this were true ailerons would have no effect since they only occupy the trailing quarter of the typical wing. Look at the camber line of the wing in your diagram with and without spoilers and you'll see. Flow does not turn with spoilers deployed, so you lose lift and gain a lot of drag.

Extending the wing flaps increases the camber or curvature of the wing, raising the maximum lift coefficient or the upper limit to the lift a wing can generate.

A spoiler of the variety shown in the first diagram works like a split flap upside down, reducing camber and maximum lift coefficient.

Not the answer you're looking for? Browse other questions tagged aerodynamics control-surfaces or ask your own question.

2
Regarding the 1902 Wright glider. Why is the airspeed, Va, calculated adding the ground speed, Vg, and wind speed, Vw?
1
How do I calculate the lift force on an aileron?
7
Could Mach 1.4 be a better design point for SST?
4
Could flaps replace spoilers by deflecting more than 90°?
10
Is the location of an aircraft spoiler really that vital?
2
Cascading Wings: Do they really increase lift by 300%?
3
Does wing with bell lift distribution has negative lift at tips?