Is the shape of the Bell X-1 wing on Virgin Galactic's VSS Unity's artwork correct?

This answer to the Space SE question What do these patterns on Virgin Galactic's VSS Unity represent, and how are they applied? indicates that one of the aerospacecraft representations on the Unity is the Bell X-1, and comments there suggest that the shape of the wing might not be completely accurate.

It may be possible that the shape evolved during development, but I'd like to ask; What is the shape of the Bell X-1 wing, and is the representation of it in the artwork on Virgin Galactic's VSS Unity correct? 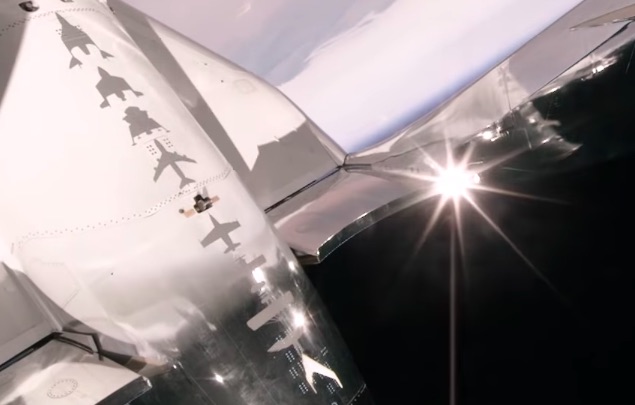 above: from this answer and Virgin Galactic.

According to this NACA (now NASA) Technical Report [Wing Loads on the Bell X-1 Research Airplane (10 Percent Thick Wing) as Determined by Pressure-distribution Measurements in Flight at Subsonic and Transonic Speeds], the wings look a bit different to the one used by Virgin.

The wikipedia article shows yet another wing geometry. 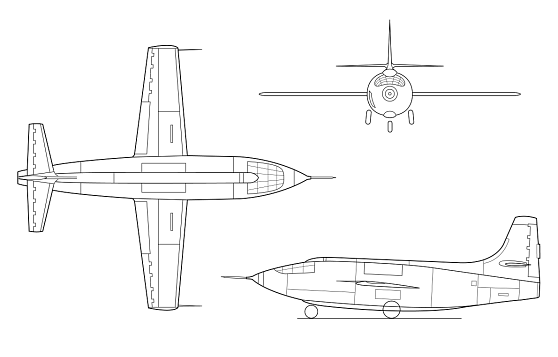 This particular wing shape on the Virgin Galactic artwork is definitely wrong.

Given the historical context, the top-down view graphic of the Bell X-1 is used to depict the version which famously broke the sound barrier on October 14, 1947. with Capt. Chuck Yeager at the controls.

This was the USAF aircraft #46-062 (nicknamed Glamorous Glennis, after Chuck Yeager's wife), and the flight number was XS-1 #50.

It is now on permanent display at the Smithsonian Air and Space Museum.

Not the answer you're looking for? Browse other questions tagged wing feature-identification or ask your own question.

1
What software is used for aerodynamic wing shape optimization?
21
What are those arrow markings on the wing?
5
Why isn't the bell distribution used?
8
What are the circled features on the upper surface of the A380 wing?
1
How does wing shape impact shock structure?
16
What are the bumps in the F-22 Raptor wing for?
14
What are those gray spots on the wing?
3
Once pressure distribution is established, why soft wing at zero AoA without battens can't maintain shape?