What aircraft looks like a cross between a Cessna and a glider?

I always like to look at flying machines overhead. One day I saw something I've never seen before. It looked like a cross between a Cessna and a glider. It was powered, but I heard no sound from it (but I might not have anyway due to ambient noise). The wings were about twice as long and half as wide as a regular Cessna. Any idea what that was? It looked like it was built for pure fun.

Updates in response to comments:

It was almost directly overhead, about 1,000 feet. I looked intently since I love aviation in all forms and I'd never seen anything like it.

Whatever it was, it looked like it would be a lot of fun.

If it matters, it was near downtown Seattle about 2 years ago.

As you describe it, a motorglider would fit the bill. There are several types around, the most popular being the Grob 109 and the Hoffman Dimona. 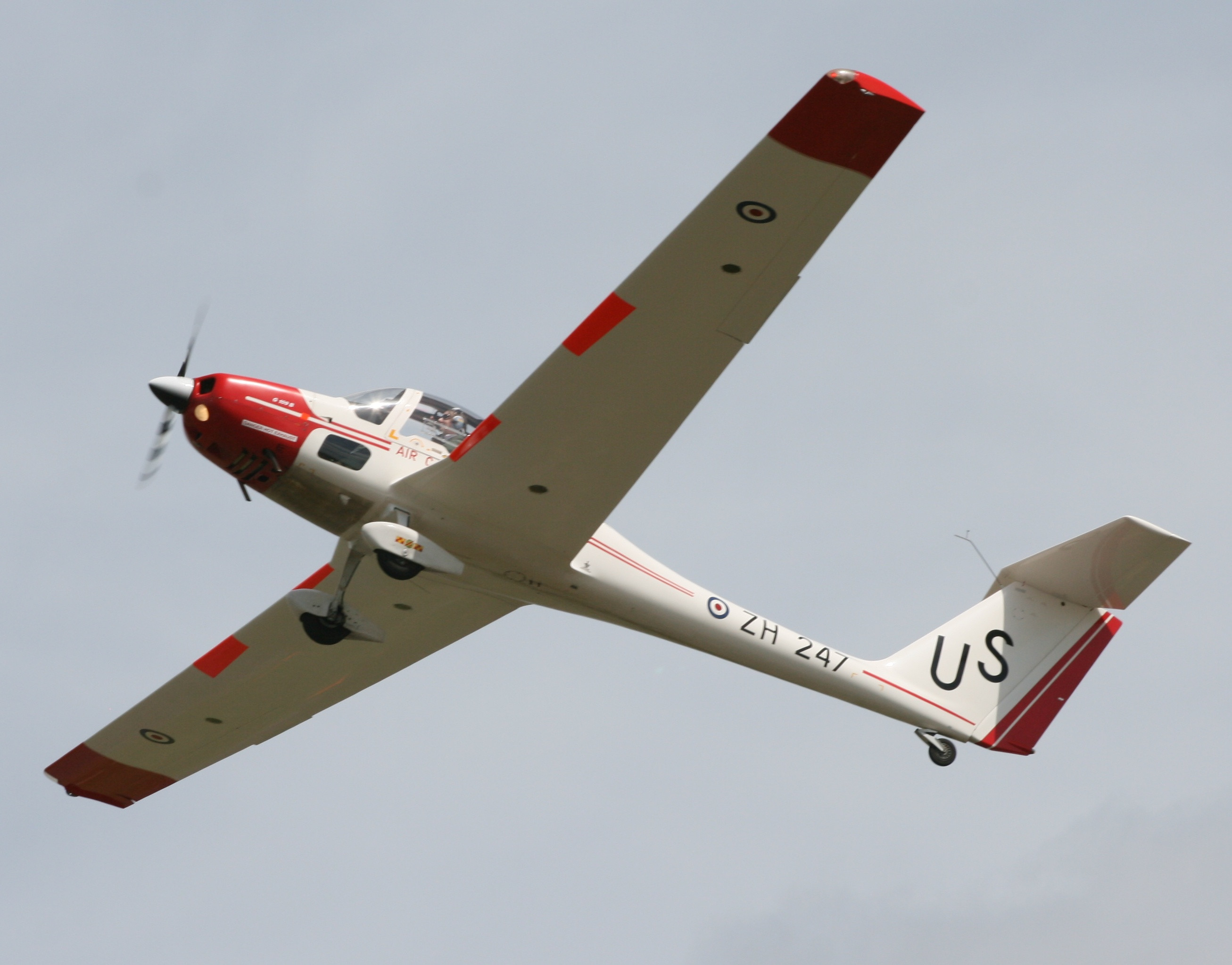 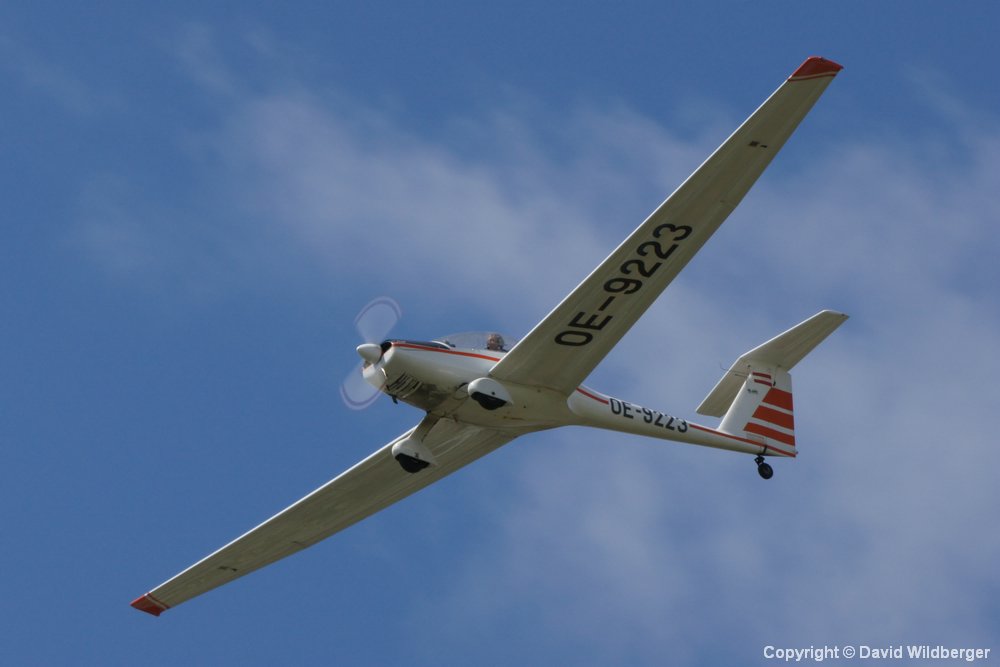 Other possibilities include the Valentin Taifun (the only one with a tricycle landing gear) or the Scheibe SF 36. All of those are of composite construction, but there are also earlier types with wooden wings and a steel tube fuselage, like the Scheibe SF 25 "Falke".

While a Cessna is a high wing plane, all motor gliders are low wing (well, except for this one here). Would a cross between a Piper and a glider describe what you saw even better?

It may have been a motor glider which is effectively a glider with a small power plant often to get it off the ground under its own power or just to help maneuver and climb when needed. The power plans is generally shutdown in flight and the aircraft is flown like a glider.

7
What UK aircraft looks like an Islander but with twin fins?
4
What are the types of these 3 single-engine aircraft and one Multi engine aircraft?
14
Aircraft Identification: What single-engine, T-tail, commuter aircraft has a single prop but sounds like a jet?
9
What is this aircraft, when was it produced and used and what was its role?
6
What are the visual differences between the ATR42 and the ATR72?
28
What is this fighter-like plane with huge wings?
21
What aircraft was used as Air Force One for the flight between Southampton and Shannon?
13
What is this plane with its thick cockpit?