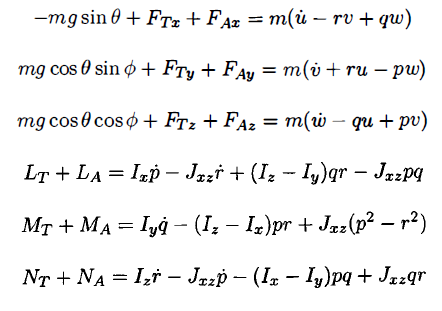 When an aircraft is heavier (say wing tanks or fuselage tanks full of fuel), a given amount of pounds of force generated by the wings results in a lower G-load and thus less force on components of fixed weight, like the battery or engine(s). Therefore the mounts holding these parts of the aircraft in place are subjected to less stress. Therefore the maximum amount of force the wing can be permitted to exert --measured in pounds or Newtons, not G's-- can be raised-- again assuming it's the stress on things like the motor mounts, etc that we're concerned about-- and that's why the maneuvering speed (Va) in many aircraft increases as aircraft weight is increased. (Below maneuvering speed, the wing will stall before generating some critical amount of force that has been judged by the designer to be too much.)

So, it's complicated. The simplest case is when the limiting concern is the stress on the mountings of items of fixed weight, such as motor mounts, battery brackets, etc, as described at the start of this answer. My understanding is that that is in fact this most common case and explains why on the Vn diagram, the maneuvering speed typically goes up as the aircraft weight goes up. Again, in this case we are simply setting a maximum allowable G-loading.

(The diagram linked in the answer doesn't show this, because it doesn't show the stall speed for different weights. Rather, it shows a change in IAS stall speed with altitude, which is likely related to Mach effects, and not something that we have to concern ourselves with in lower-performance aircraft.)

Q: What is Vg in this VG diagram?

A: What is Vg in this VG diagram?" -- in this case the aircraft (glider) was assigned a higher Vg, the maximum speed allowed in gusty conditions, as well as a higher Vne, when it was carrying less weight. The opposite of what we often see in regard to the maneuvering speed, Va, in light airplanes. So-- as indicated in the present answer-- "it's complicated".

Not the answer you're looking for? Browse other questions tagged aerodynamics aircraft-physics flight-dynamics flight-mechanics flight-envelope or ask your own question.

72
Why are fuel tanks in the wings filled first, and why are they used last?
6
What is the definition of load factor and how do you apply it?
7
G Load during payload drop
7
What is Vg in this VG diagram?
1
What is the structural impact on the wing if no fuel is stored in the wings and just in the fuselage?

3
How are extreme winds aloft handled and how do they affect flight?
5
How to read the pressure diagram of an airfoil?
4
How can an airplane keep going forward if it has no thrust?
2
What is the effect of the Load Factor on wing Structures?
2
Explained intuitively, why does aspect ratio affect induced drag?
3
How does gross weight affect helicopter autorotation?
8
What is causing these "corners" on this F-104 V-n diagram?
2
Does angle of attack affect affect load factor?