Why do most biplanes have their top wing slightly forward of the lower wing? 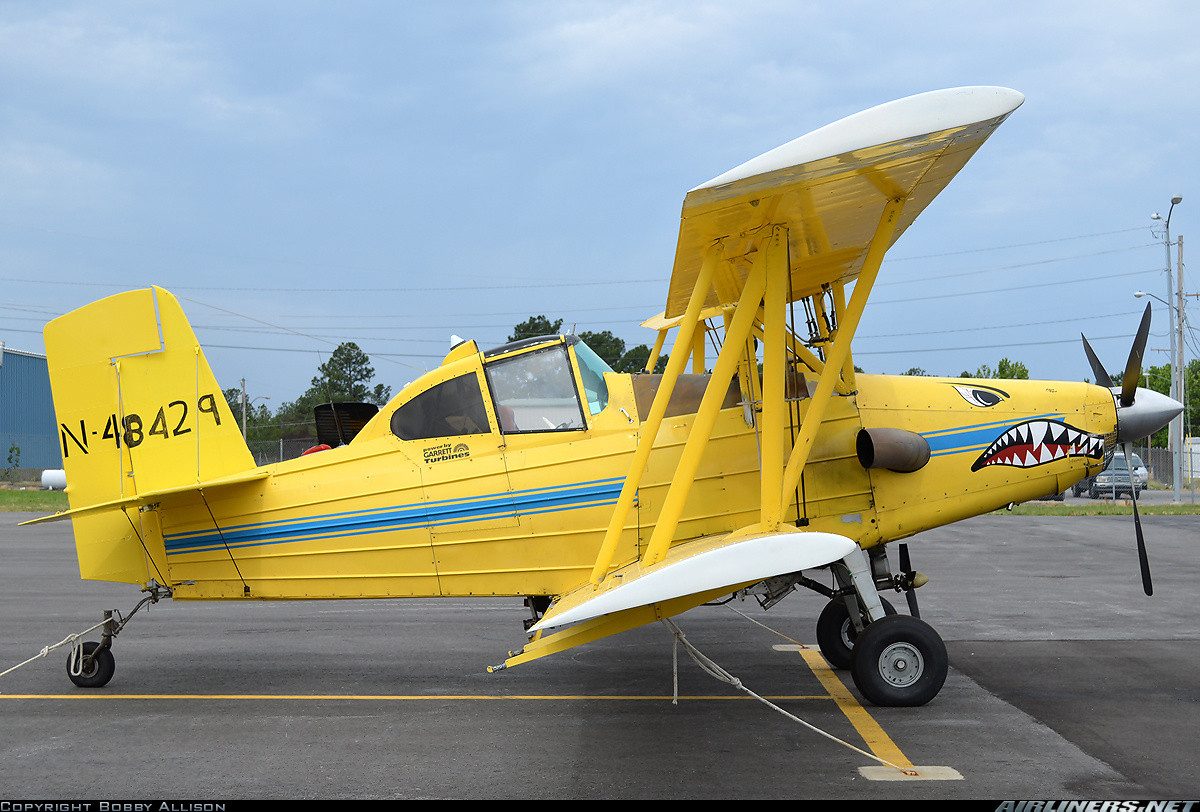 In most of the biplanes, the top wing is located a little forward of the lower wing. What is the use of this? Also, how does this affect stability of the aircraft.

Placing the top wing ahead of the bottom wing in biplanes is called (positive) stagger. It is mostly used in small biplanes and improves pilot vision.

In order to accommodate a variation of pilot weights and to reduce accelerations in maneuvers, it is advisable to place the pilot very close to the center of gravity. If the upper wing were in the same lengthwise location, it would obstruct the forward and upward vision of the pilot.

Why is upward vision so important? Because of the bank angle, in turns you need to look up in order to see what is ahead. A high mounted wing right at the center of gravity would rob the pilot of forward vision in turns.

Large biplanes do not need this arrangement because the pilot sits ahead of the wing. The Antonov 2 below is an example (source): 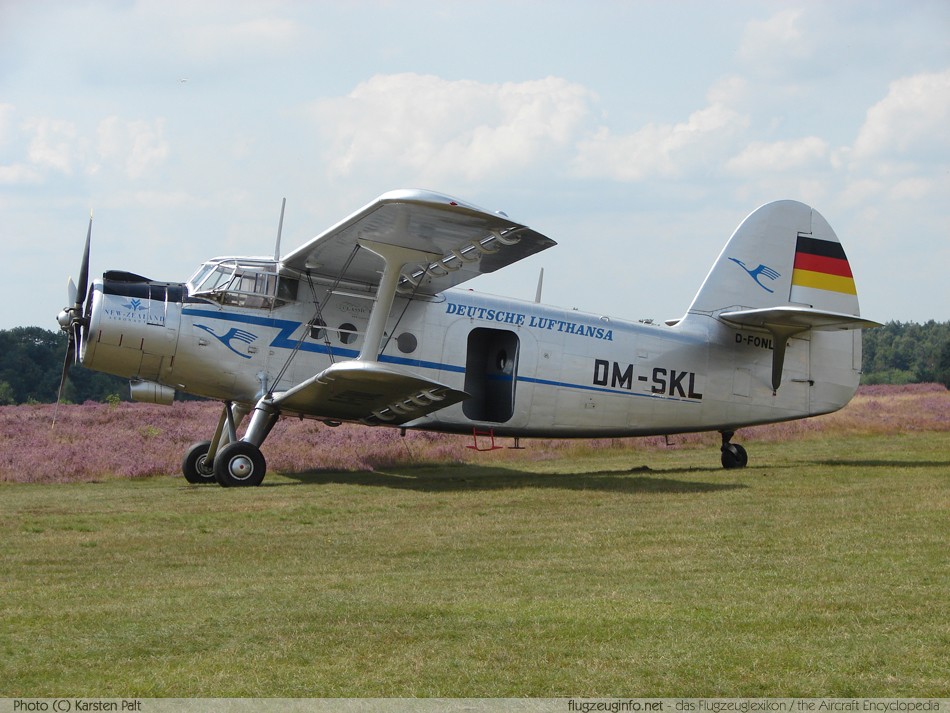 In many designs, the center wing has a cutout at the rear in order to give the pilot a better field of view. Even more interesting is what had to be done to improve pilot vision in parasol monoplanes. The Focke-Wulf 56 used slight wing sweep in combination with a reduced root chord in order to reduce the obstruction to the pilot's field of view of the rear wing center (picture source). 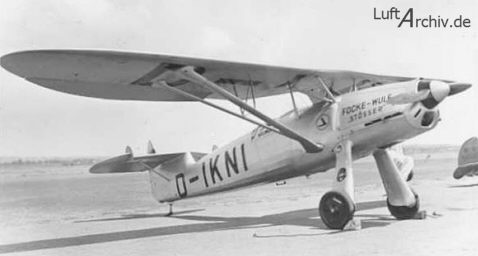 It's called a staggered wing and is done to reduce aerodynamic interference between wings in certain circumstances. A wing with positive (forward) stagger is most common because it improves both downward visibility and ease of cockpit access for open cockpit biplanes.

Here is an analysis of biplane wing efficiency relative to separation as a percent of chord.

The reference states that positive stagger (upper wing ahead of lower) by 0.4 chord gives 5% better efficiency, so advancing the upper wing 0.4 chord would be beneficial compared to the vertical stacking shown. 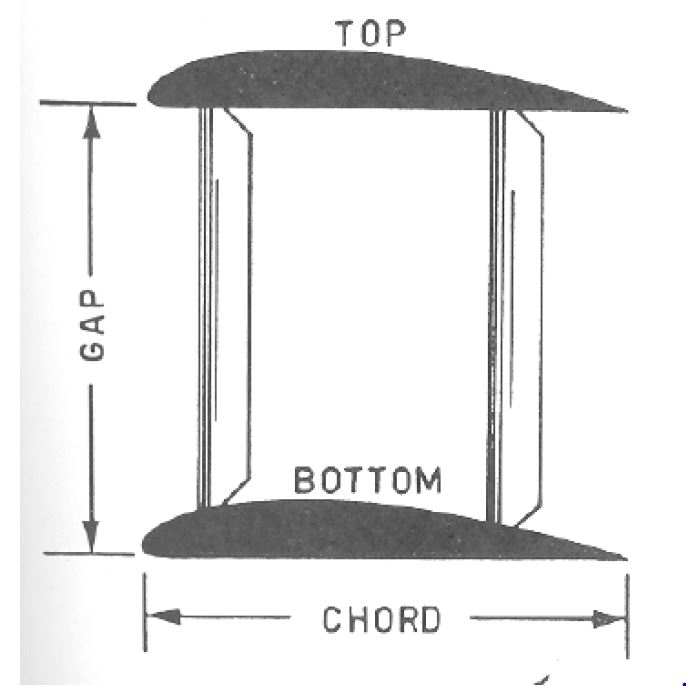 In the case of the agricultural plane, pictured, the stagger increases the nominal CG range, a bit. Finally, the upper wing will have a slightly greater angle of incidence, enhancing its stall and stall recovery characteristics.

Remember that a wing works by having high pressure below it and low pressure above it.

Not the answer you're looking for? Browse other questions tagged aircraft-design aerodynamics stability biplane or ask your own question.

11
Do high-wing aircraft represent more difficult engineering challenges than low-wing aircraft?
17
Why does the Beech Staggerwing have its low wing ahead of the high wing?
14
What is a biplane propeller and how efficient is it?
8
Lift distribution on biplanes
2
What is the best design to stack wings of a triplane?

17
Why does the Beech Staggerwing have its low wing ahead of the high wing?
4
Why is the wing of large commercial jet aircraft usually located below the fuselage?
7
What is (theoretically) the most efficient shape for an aircraft, assuming you don't have to carry any cargo?
5
What makes the F/A-XX twin-engined tailless fighter controllable with engines out?
7
How does having a bigger engine placed slightly more forward and higher impact the plane in pitch?
3
Why are the boundary layer suction holes placed far forward from the engine?
2
How does the "pendulum effect" affect biplanes?
16
Why does wingwalking use only biplanes?
1
What justifies a biplane over a braced monoplane?