TFR based on an invisible VOR?

A new TFR was recently published, which references the Riverside (RIS) VOR/DME.

When I look at the relevant chart in SkyVector, I don't see such a VOR in that area.

When I put the ID "RIS" into SkyVector, it takes me to an intersection outside London, UK.

PilotNav has the info, but that took a lot of searching.

How is one meant to interpret this TFR if the nav aid is so hard to find?
Why didn't they use bigger and easier NavAids like MCI or ANX, which are not far away, and clearly depicted on the charts?

Update!
After I brought this to the attention of the local offices, they canceled the TFR and issued a new one expressed in terms of the MCI VOR, which makes a lot more sense. The FAA was incredibly responsive and helpful!
vor tfr
Share
Improve this question
edited Aug 10 '18 at 18:17
abelenky
asked Jul 9 '18 at 22:00

After I brought this to the attention of the local offices, they canceled the TFR and issued a new one expressed in terms of the MCI VOR, which makes a lot more sense. The FAA was incredibly responsive and helpful!

They didn't explicitly say it was a mistake, but I think they decided it was better to use an operational VOR.

(however, a couple weeks later, they referenced the RIS VOR again in a NOTAM.)

ForeFlight shows it on the airport at Wheeler Downtown. 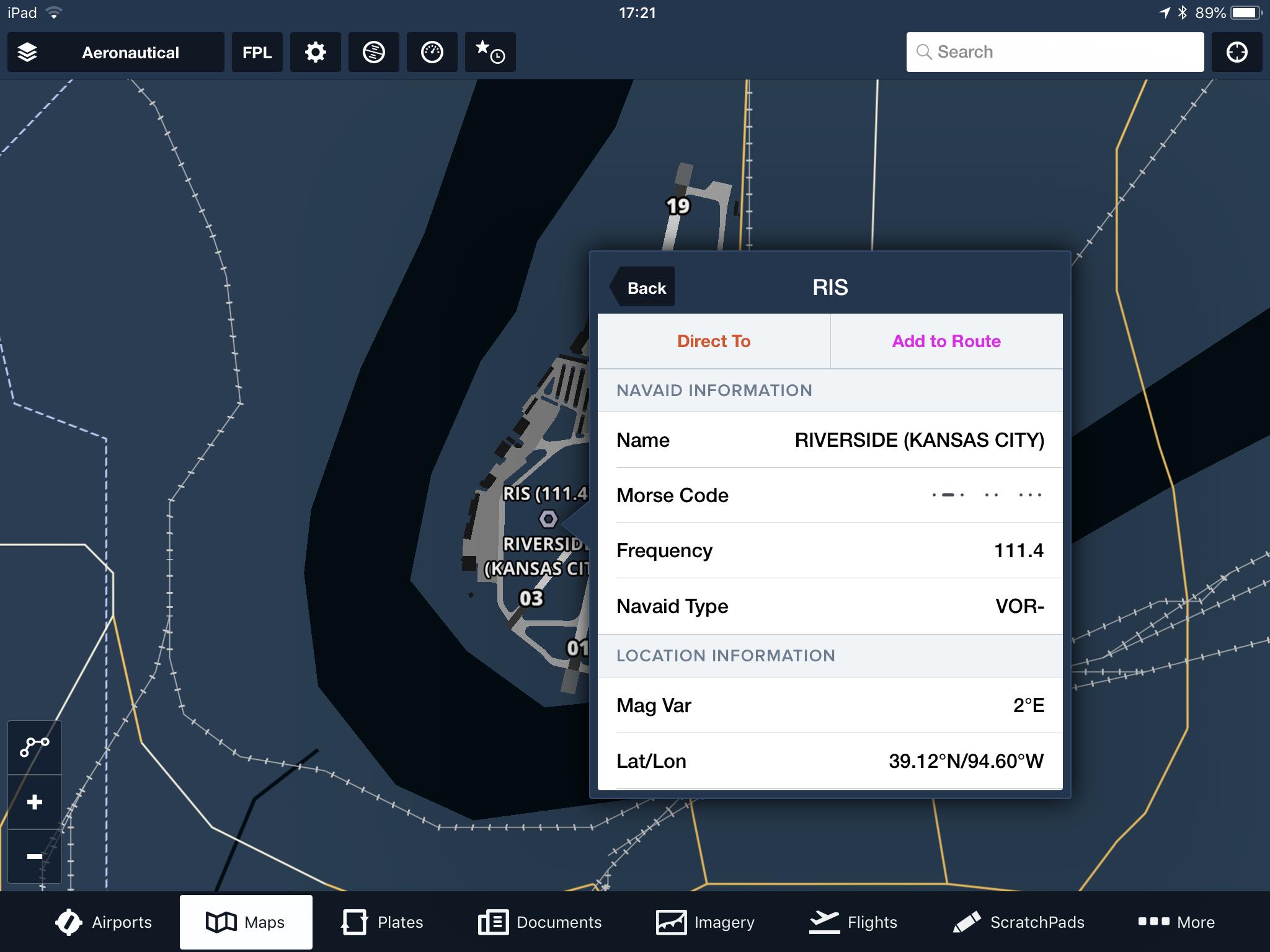 Not the answer you're looking for? Browse other questions tagged vor tfr or ask your own question.

12
How can I find telephone numbers for FAA ATC facilities?

12
Do other countries create the equivalent of a TFR when US VIP's visit?
7
What is the process for a TFR based on law enforcement activity?
6
Who has authority over stadium TFR exceptions in VFR flight?
3
How does CDI work when flying to VOR without DME?
21
What is the difference between conventional VOR and Doppler VOR?
13
Why is a TFR issued when barometric pressure exceeds 31.00 InHg?
3
Are VOR frequencies static?
5
What is the VOR reference signal?
3
How much advance notice does the FAA have to give for a TFR?
0
What is the difference between a published and unpublished TFR?