Are there any situations in which drones may legaly fly higher than 400ft?

FAA FAR 107 states, "The maximum allowable altitude is 400 feet above the ground, and higher if your drone remains within 400 feet of a structure."

Are there any exceptions to this rule that would allow a drone to be flown at a much higher altitude than 400ft AGL or within 400ft proximity of a tall structure? 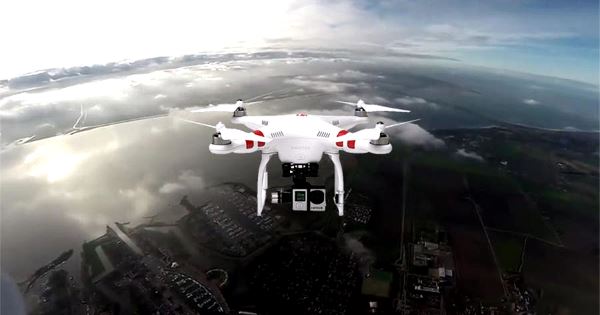 As they say with any regulation, there’s a waiver for everything. If you do wish to operate your sUAS at or above 400’ AGL, you are advised to contact the local FSDO in your area. Protocol varies from area to area, but you will be required to file an request with local ATC with the dates, times and areas you intend to operate in so NOTAMS can be issued.

YES, models my be flown to any height by "Academy of Model Aaeronautics" members under guidelines of a "safety program".

In January of 2016 the AMA requested that the FAA clarify the 400-foot issue in writing. The FAA's response recognized AMA’s role as a "community-based organization" and acknowledged the AMA safety program, including allowing flight above 400 feet under appropriate circumstance.

"…model aircraft may be flow consistently with Section 336 and agency guidelines at altitudes above 400 feet when following a community-based organization’s safety guidelines."

"Community-based organizations, such as the Academy of Model Aeronautics, may establish altitude limitations in their safety guidelines that exceed the FAA’s 400 AGL altitude recommendation."

This letter confirms that sailplanes, large model aircraft, turbines, and other model aircraft can legally operate above 400 feet if the AMA member is operating within the AMA safety program. The FAA acknowledges AMA as a community-based organization. 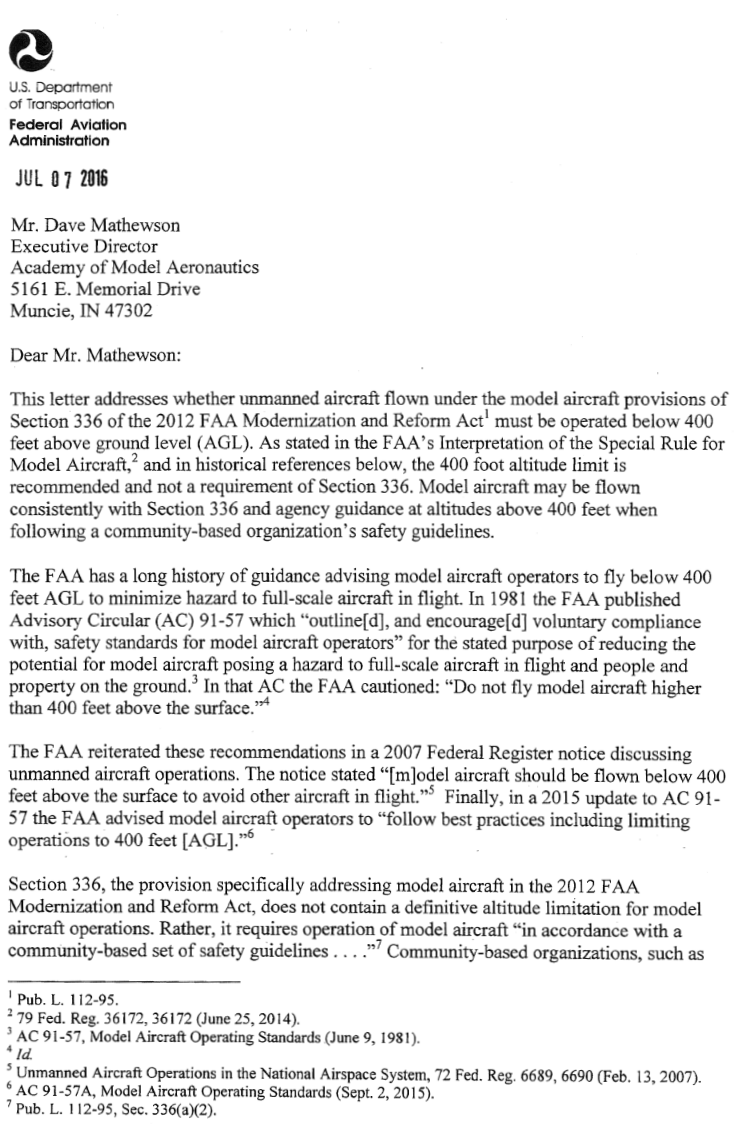 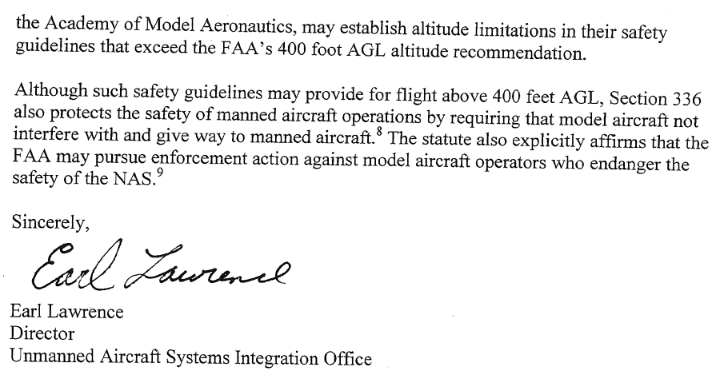 Not the answer you're looking for? Browse other questions tagged faa-regulations unmanned-aerial-vehicle or ask your own question.

19
What makes intentional low or missed approaches legal?
16
If AWOS reports IFR conditions but I can see at least three miles, can I take off or land?
9
What is the difference between “anywhere” and “other than congested areas” in regard to minimum safe altitude?
8
May aerobatics be performed over a controlled airport without getting a waiver?
9
Can I choose whether hobbyist or Part 107 rules are more advantageous when flying a UAV for fun?
7
How high can I fly a model aircraft under 14 CFR 101 rules?
4
Under what circumstances can the Initial Climb Area extend more than 2 nautical miles?
0
A question about FAR 91.225(e)(2) — pertains to ADS-B-out requirement and exemption for aircraft with no electrical system
3
Does burning fuel to get to your max landing weight violate any regulations?
0
At what altitude, if any, may an ultralight overfly the Gallup airport (KGUP) with no prior authorization without violating FAR 103.17?