How can a VTOL aircraft control yaw while hovering? [duplicate]

I watched this video of a F-35B performing a flight-hover-flight transition and was pretty impressed by the fact that it was able not only to control pitch and roll (which could be, I suppose, performed by differential power from engine and lift fan) but also yaw — while hovering (at 3:15 in the video).

How does it do that? Bleed air ducts from the engines on the sides of the aircraft? (something alike to thrusters used to control attitude of spacecraft I suppose).

In case of F-35, the yaw control during hover (and transition to forward flight) is provided by the Three-bearing swivel module (3BSM), which forma a part of the Rolls Royce Lift System. As Lokheed Martin notes:

The three-bearing swivel nozzle, 3BSN, design uses three segments of the engine exhaust duct cut on an angle and joined by two airtight circular bearings. ... The forward and aft segments always stay aligned with one another in the rotational axis. The center segment rotates through 180 degrees relative to them. The third bearing is on the back of the engine aft of the turbine stage and provides the ability to swivel the nozzle thrust axis in yaw at any pitch angle. 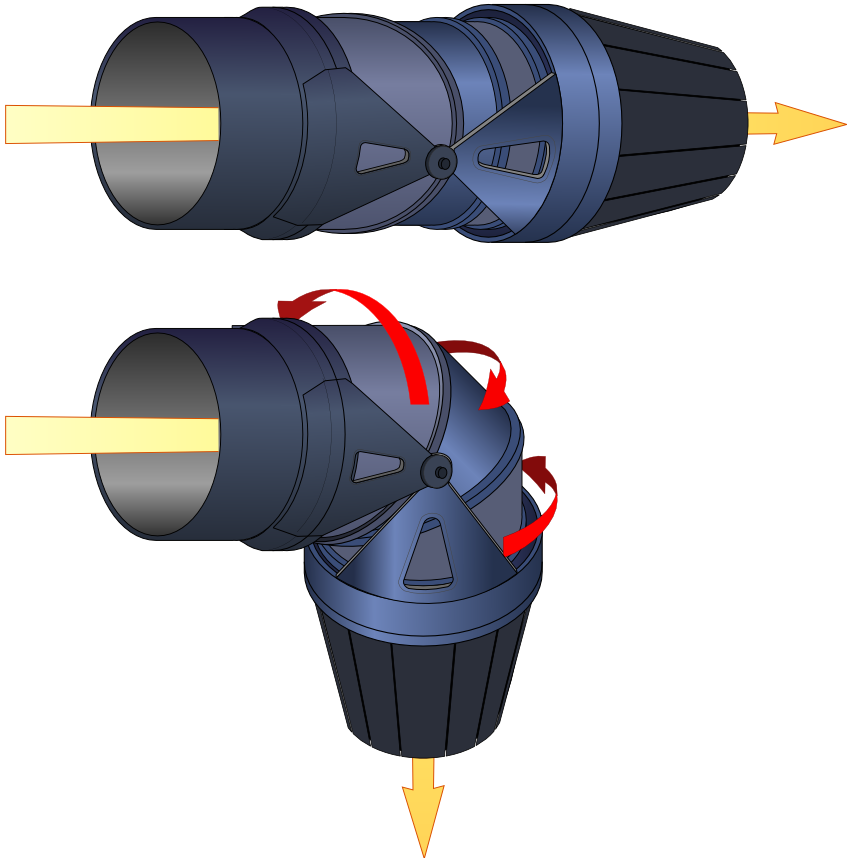 If we hold the aft two segments and rotate only the first one, it is obvious the rear segments will rotate along the engine axis, producing yaw by virtue of its position at the rear. There is a slight associated loss in lift produced, but the Digital Flight Control System can easily compensate for it.

Of course, this method of controlling yaw in hover is specific to F-35. In case of Harrier, the reaction control system had 'puffers' at the tail to provide yaw control. 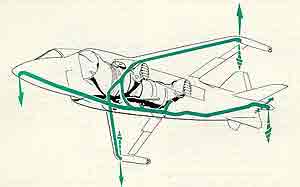 In addition to the vectoring engine nozzles, the Harrier also requires a method of controlling its attitude during jet-borne flight, when the normal aerodynamic surfaces are ineffective. To this end, a system of reaction control nozzles in the nose (blowing down), wingtips (blowing up and down) and tail (down and lateral blowing) are fitted to the aircraft.

Not the answer you're looking for? Browse other questions tagged flight-controls vtol f-35 yaw or ask your own question.

8
How does the F-35's roll posts work, and how does its engine turn down 90 degrees?

8
How does a tiltrotor yaw while in vertical flight?
1
How to control yaw in stick aircraft?
3
Can a 737 yaw while parked due to wind?
12
Why do aircraft have a crossover airspeed, and why does it increase at higher vertical load factors?
18
How does the F-35B not flip over during transition?
6
Why does the A320 use the rudder for lateral control in mechanical law?
16
Why not use the yoke to control yaw, as well as pitch and roll?