What is the purpose of drag and anti drag wires?

What are drag and anti drag wires,and how important are they to the performance and strength of the wings of an airplane?

Drag wires run from a point inboard and forward in a bay to a point outboard and aft. In this position, the Drag wire is there to RESIST drag forces that would tend to pull the wing tips aft as the airplane travels through the air. Anti-Drag Wires oppose the drag wires running from an inboard aft location to an outboard forward point in its bay. As the name indicates, these anti-drag wires oppose forces in the reverse to the direction of flight. 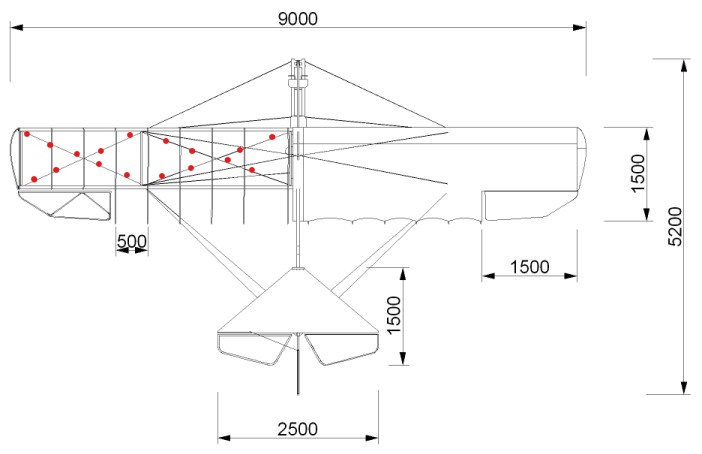 In a wing without a structural skin like on a fabric covered aircraft, they provide rigidity in the horizontal plane by creating a wire braced truss system of the spars, longitudinal tubes called compression tubes spaced at intervals between the spars and holding them apart, and the drag anti-drag wires forming an X between each pair of compression tubes.

The drag/anti-drag loads are not that high so fairly small wires can be used. An Aeronca Champ's fabric wing uses about 1/8" steel rods for the job. Some homebuilts just use 1/8 steel control cable. The wires at the root see the most load.

You can also use diagonal tubes that just run from one corner to the other of each bay and take both compression and tension loads. Wires are generally a bit lighter.

For your ultralight, bracing could probably be made from 3/32" cable with thimbles and nicropress fittings at the attachments.

You can see the drag/anti-drag wires in this Goat glider. The plans are open source so there is probably a lot you could copy from this design. 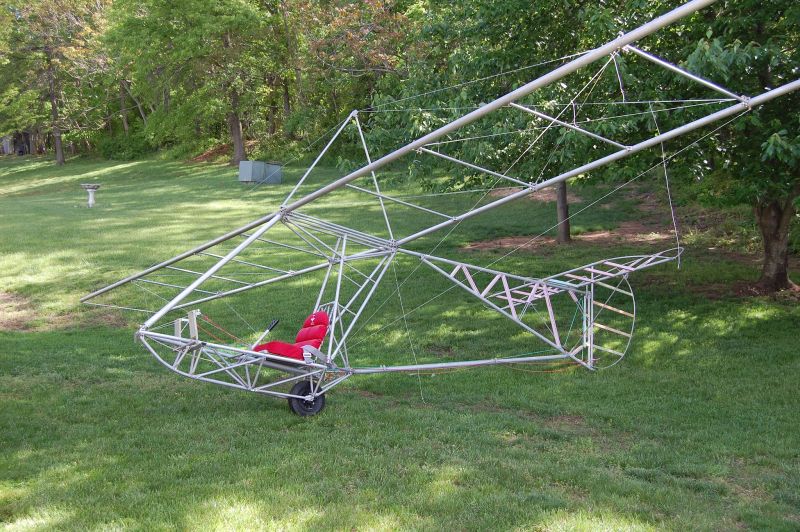 Try pulling 1/8 inch steel cable apart. Steel is very good in tension. (wood is outstanding in compression). The purpose of antidrag wires is to maintain tension in the drag wires. They pull against each other, creating more rigidity or stiffness in the structure.

This type of construction, along with thin undercambered biplane configuration, is not as common these days, stressed skinned cantilever monoplane designs are most popular.

However, especially for the aviation history enthusiast who does not need to go particularly fast, loves gentle landings, and flying with half the horsepower, they are worth looking into.

One caveat is not to go too far downwind with them, it will take you a while to get home. Checking wire tension as part of pre-flight will help as well.

3
What is decalage and how it affects airplane performance?
0
Do mono spar wings need compression strut(or ribs)?
1
How does wing aspect ratio influence lift and drag?
3
For slow-flying ultralights, how would a delta wing compare to a biplane layout of equal wing area?
5
Positions of drag wires in a bay
2
How much lift does the wing attach fitting actually carry?
2
Where is the compression on a compression strut in a tube and fabric airplane coming from?