Is this photo showing dozens of airliners in close proximity real, or even plausible?

CNN has an article about Heathrow that's accompanied by the following photo: 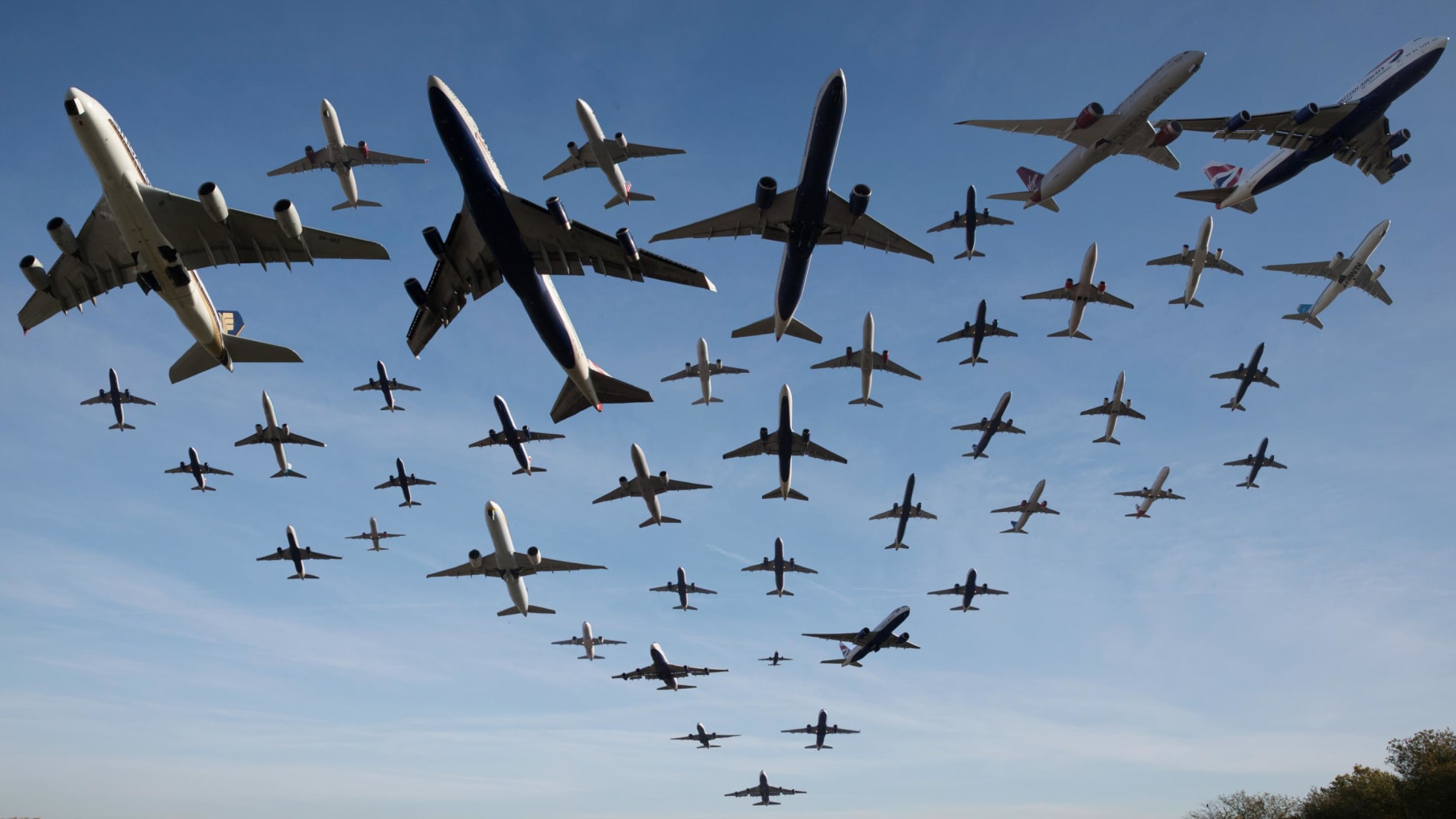 Is this photo depicting an actual event? If not, would it even be possible/plausible to fly this many airliners this closely together or would wake turbulence and similar factors make this basically impossible?

It looks like several of the planes may be in the process of either stowing or deploying their landing gear, and also have their flaps deployed. Does this indicate that maybe someone has photoshopped together a bunch of photos of planes landing to produce this image?

The image is a composite image of 42 planes taking off from Heathrow over a one-hour period on November 2, 2016. Here it is on Getty Images if you want to license it for your own purposes; it is credited to Dan Kitwood.

It’s a composite shot of multiple departures from an airport. To answer the question, no, there was no single event with all of these aircraft flying in close proximity like this where a single photograph of the group could be taken.

It's a photoshop done for artistic purposes.

It is a Photoshop image and not done too skillfully at that, may be on purpose.

Not the answer you're looking for? Browse other questions tagged aircraft-identification flying-in-formation or ask your own question.

3
What is the highest number of airliners shown flying together in a single photo?