Can a turbojet jet or turbofan powered aircraft land and take off from water?

Can a turbojet jet or turbofan powered aircraft land and take off from water? How much clearence from the water surface would it need for its engines so that it does not suck up water?

The Canadair CL415 is a turboprop water bomber with water landing capabilities (typically, water skimming capabilities, to skim across a lake and refill).

The Shin Maywa US-2 is the latest in a series of rescue/maritime patrol aircraft that have been in service for some time. The design uses the engines and wing of a C-130, with an interesting STOL feature: ducts that blow air across the top of the flaps so that they can be set at a more extreme angle for extremely short takeoff.

The Beriev BE-200 has seen limited production in Russia. It uses high bypass turbofans, mounted high and behind the wings to protect the engines from water spray.

From the Soviet era, were the ekranoplan sea skimmers, that flew entirely in ground effects. All were turbine powered.

In a prototype stage is the AVIC AG-600 in China. Powered by four turboprops, it appears to be an upsized copy of the Shin Maywa design.

A one-off production flying today is the Doriner DO-24ATT, essentially a WW2 DO-24 maritime patrol aircraft that was re-engined with turboprops. It is currently flown by Claudius Doriner's grandson.

Yes, if it's designed to do so. There have been several jet seaplanes over the years, and one feature common to almost all of them is that the engine intake(s) are mounted above the wings or high on (or above!) the fuselage (sometimes on an auxiliary pair of high-mounted stub wings) to avoid ingesting water.

Martin P6M (intakes - and engines - on top of the wings): 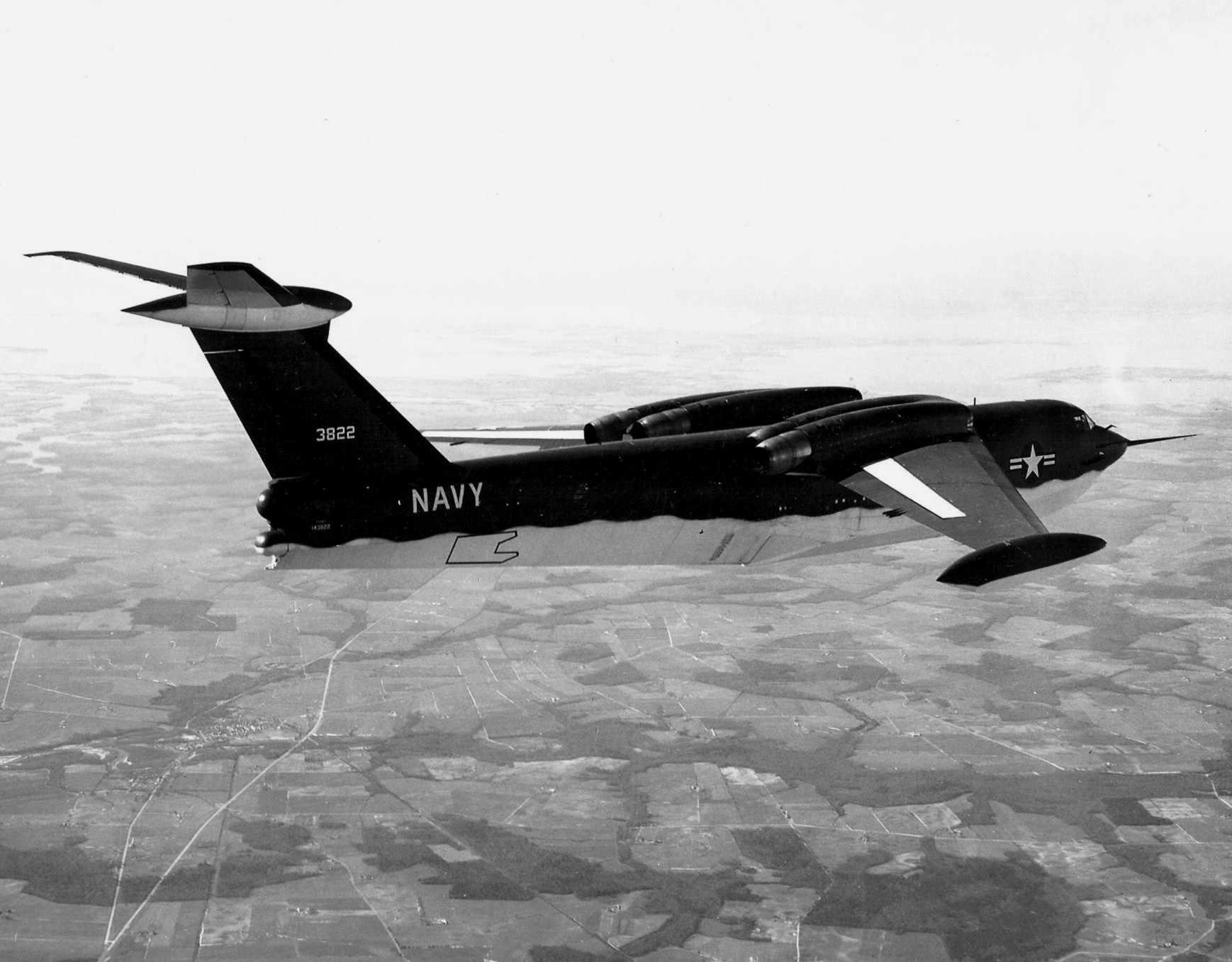 Convair F2Y (intakes on upper fuselage; notable as the only seaplane ever to break Mach 1): 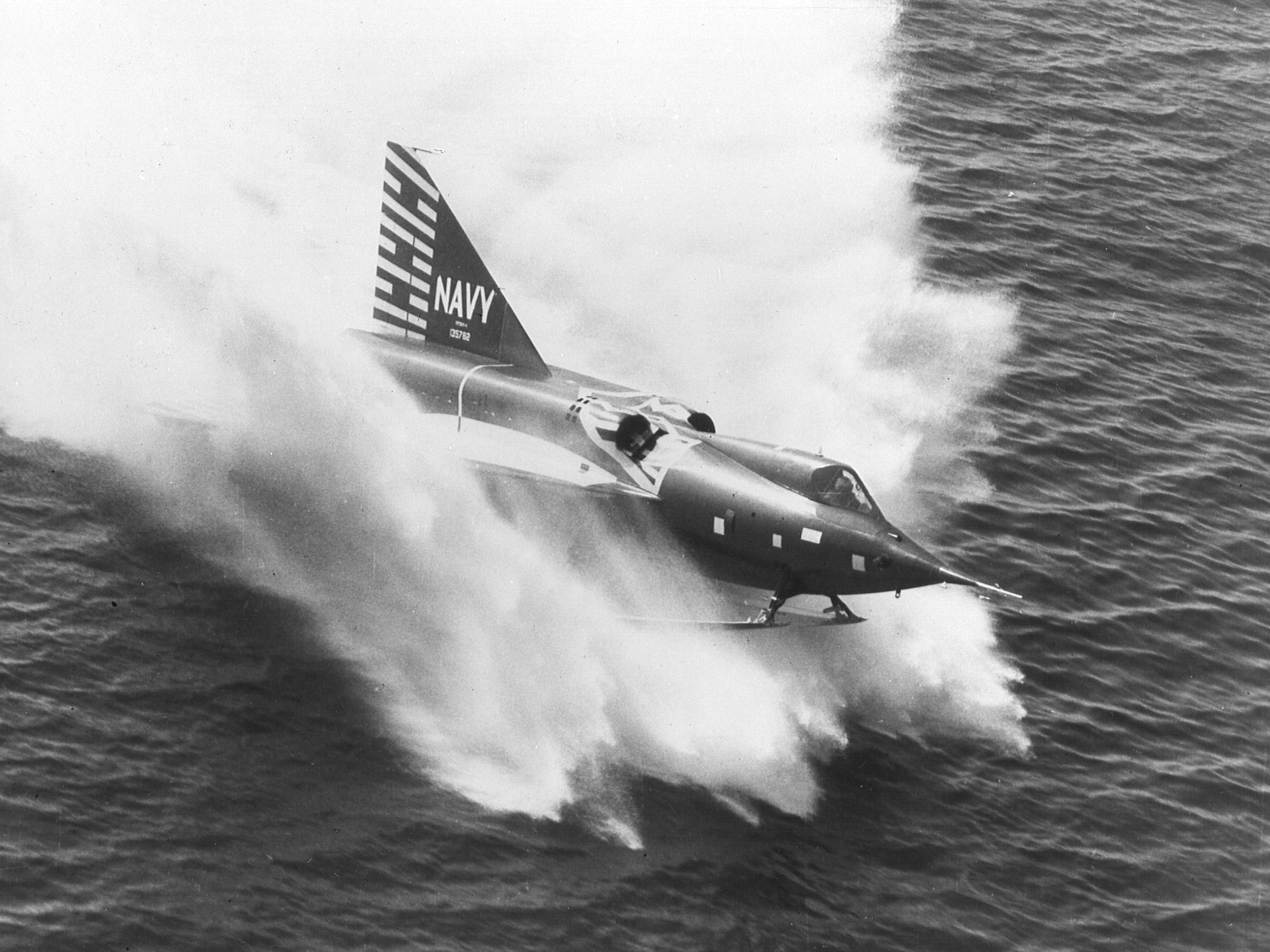 Beriev Be-200 (engines and intakes mounted on top of fuselage): 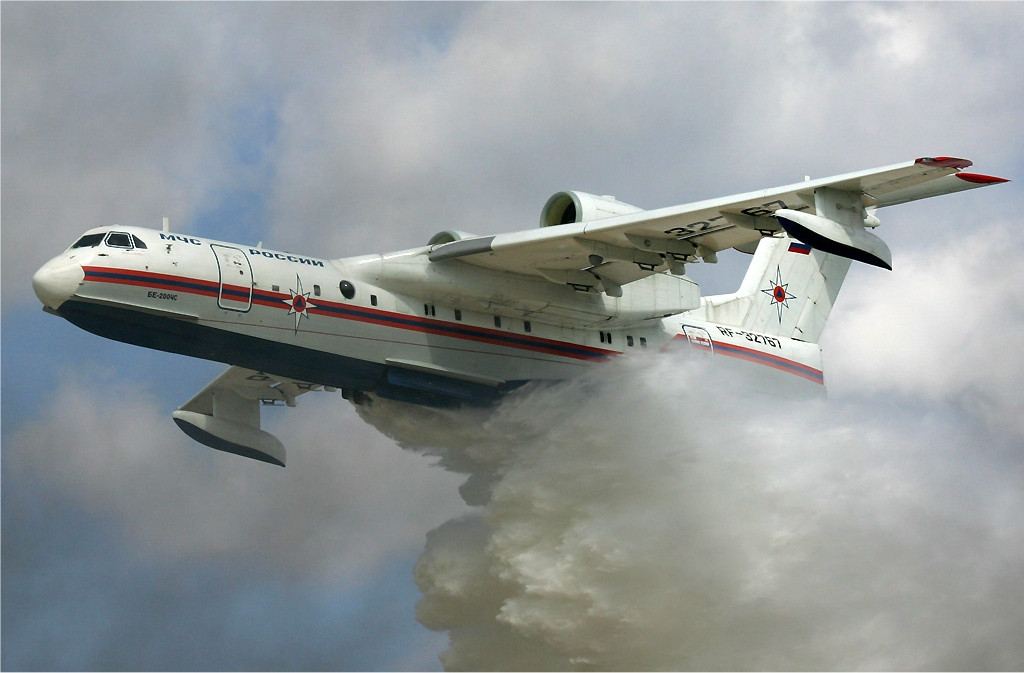 There are a couple of interesting exceptions to the "intakes up top" rule:

And, of course, in an emergency, even jets not designed for water operations can land on water if need be, although the plane probably won't be flyable afterwards.

Not the answer you're looking for? Browse other questions tagged turbofan turbojet or ask your own question.

9
How does the efficiency of a turbofan compare between take off speeds and optimal conditions?
11
Which engine type requires the shortest take-off run: a turboprop or a turbofan?
6
Are there turbofan/turbojet analogues to a centrifugal-compressing jet engine?
10
When were the last subsonic turbojet-powered airliners retired from commercial passenger service?
2
What integration of aircraft propulsion would be more efficient at sea level high speed flight? A turbofan, unducted fan or a turbojet?