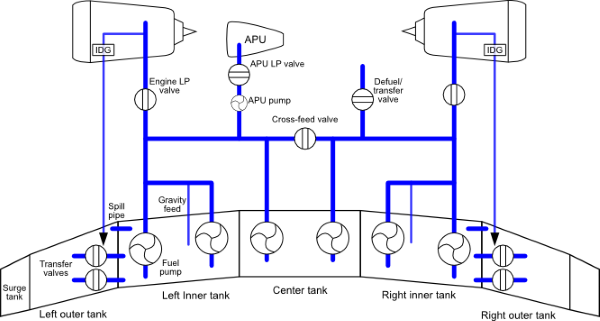 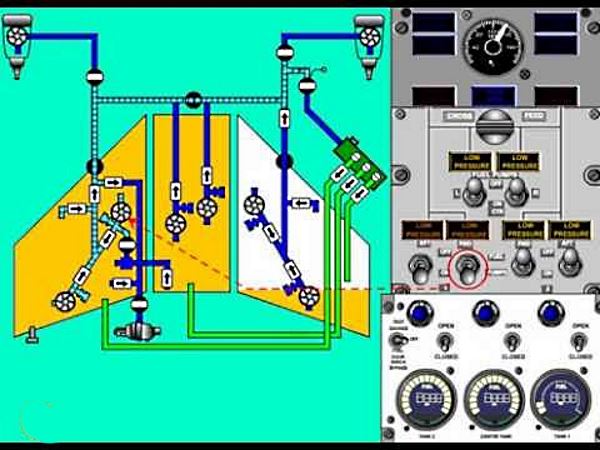 I believe what she meant was the fuel transfer between the outer to the inner tank of one of the wings (each wing as a outer and inner tank ). The X-Feed only allows transfer fuel from one tank to the feed line of the opposite engine, never to tranfer fuel between tanks of one wing to the other or to the central tank. Only on ground its possible to tranfer fuel from one tank to the other.

13
What could cause uneven fuel levels in a Cessna 172?
8
Why not leave an electric fuel pump on all the time?
2
Would it have been feasible to install 'conformal fuel tanks' on the Mercure?
2
How the fuel in the wings is managed in case of an engine failure?
4
Where is the APU fuel pump on the A320?
4
In normal condition, is the Airbus A320 APU fuel supplied by the main engine boost pump only?
3
Why is the fuel pump in the startup procedure for a Cessna 172?
3
What is the difference between LP fuel valve and LP fuel shut off valve?
0
What extra components does a fuel tank have?