Do U.S. aircraft carriers still include a Marine Corps squadron?

When I was in the 3rd Marine Air Wing back in the early 70s, there was one Marine Corps squadron on each navy aircraft carrier, but on some shows I've seen recently (mostly on the Smithsonian Channel) I haven't noticed any Marine Corp aircraft. This leads me to wonder if they're stilled deployed on the carriers.

Edit: I found this picture in the 2018 Marine Aviation Plan 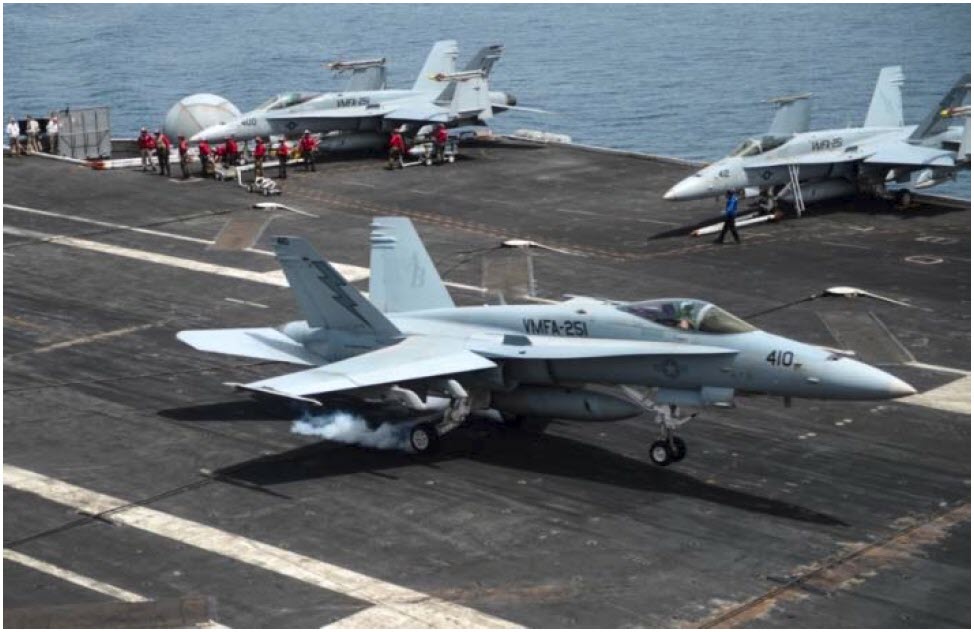 Notice the "VMFA-251" marking on the fuselage. This would make it a Marine Corps aircraft.

Just above the picture is this blurb:

This certainly implies that some Marine Corps aircraft are deployed on some aircraft carriers, but not necessarily all of them.

Not the answer you're looking for? Browse other questions tagged military usa aircraft-carrier usmc us-navy or ask your own question.