How can larger wingspan decrease the strength of wingtip vortices?

In the last paragraph from the link below, it states that Vortex Strength is inversely proportional to Wingspan. Why is this?

EDIT: From https://howthingsfly.si.edu/aerodynamics/vortex-drag: "The farther a vortex is from the main body of the wing, the less influence it has on the wing." Again: why?

The strength of the wing tip vortices depends upon the pressure differential between the top surface and the bottom surface. In general larger heavier planes produce stronger vortices.

Wingtip vortices, as from the wake rolling up at the wingtips, become larger with increasing lift and decreasing aspect ratio. At equal wing area, the low aspect wing must deflect the airflow to a higher angle, relative to the free air stream. 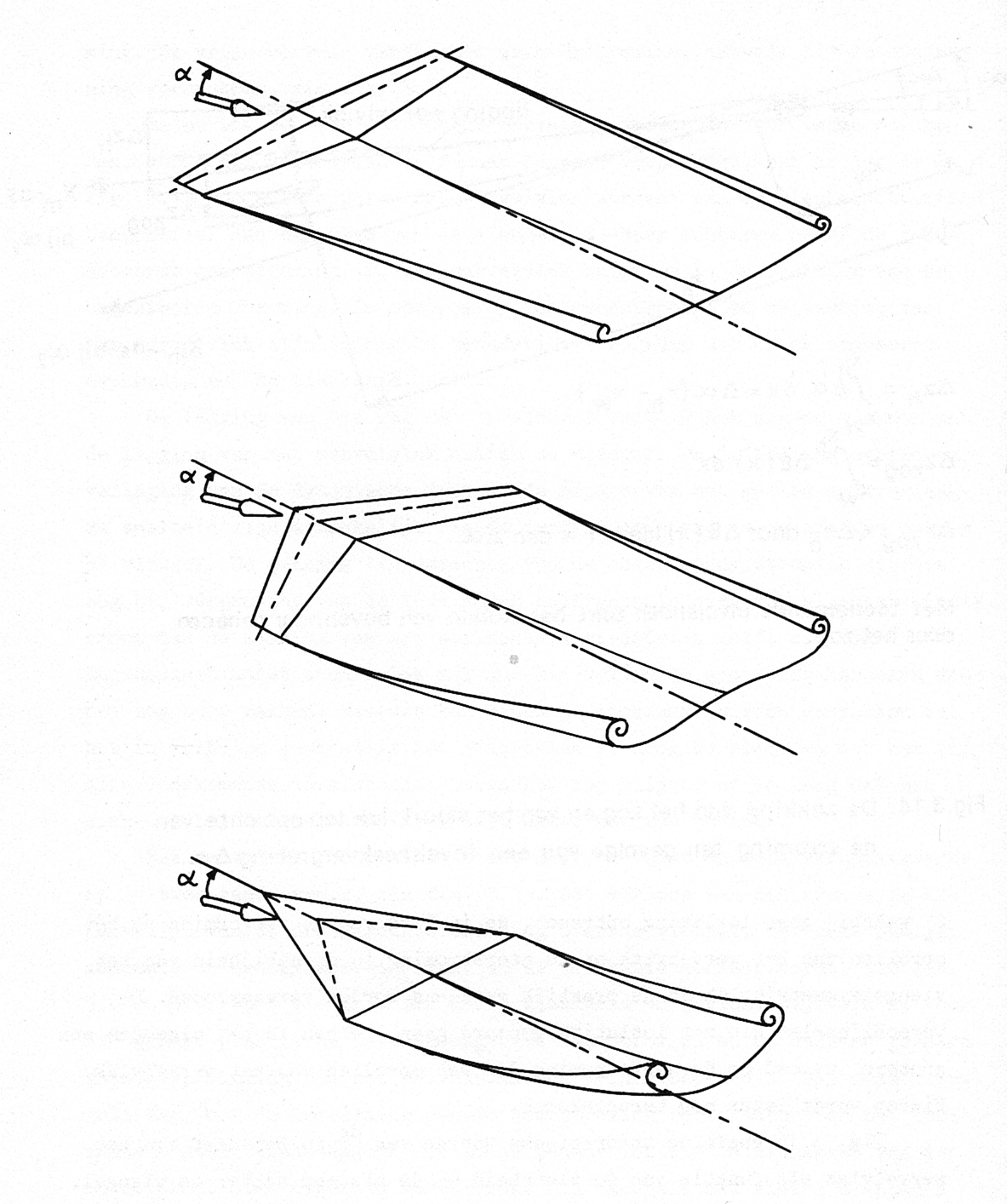 For a useful comparison, we need to ensure each wing has the same lift coefficient $C_L$. As span increases, assuming chord is constant, then the wing area and aspect ratio ($A$) also increases proportionally. Since wingtip vortex strength is related to the induced drag, you may have seen this relationship:

The larger the span, or aspect ratio, the smaller the induced drag (i.e. wingtip vortex) for the same lift coefficient. But why?

In the limit where the span becomes infinite, assuming the same $C_L$ for the whole wing, the circulation distribution is stretched to a constant value, such that the change in circulation along the span is zero, then no trailing vortex exists and the induced drag becomes zero as well.

It's because the "leakage zone", where air is flowing around the tip, is smaller relative to the total wing area if you add more span without increasing chord.

Best way to visualize it is to take it to the extreme; look at a sailplane wing, where the area of the wing tip is a pretty small area in relation to the total area, so the leakage and resulting vortice is much smaller relative to the overall package of air displaced by the wing.

In other words, more span takes you a little bit closer to the theoretical infinite span wing that has no vortices at all because there is no tip.

Of course, adding span without reducing chord adds wing area. If you want to compare tip losses of two wings with the same area, they should really be talking about aspect ratio.

Not the answer you're looking for? Browse other questions tagged aircraft-design aerodynamics flight-controls efficiency control-surfaces or ask your own question.

0
Will wingtip drag always be more for a smaller aircraft, keeping constant aspect ratio?
8
Can wing-tip vortices be reduced/eliminated with a rear-facing propeller near the wing-tip?

9
Minix wingtip vortices mitigation - How does it work?
0
What causes pressure disturbances ahead of the wing?
3
Beside payload size, what precise factors are considered to choose the fuselages shape?
5
How is drag created from wingtip vortices?
9
Why do wall-to-wall airfoils in wind tunnels produce no (or infinitesimal) downwash?
3
Does shrouding a propeller minimize induced drag by equalizing the downwash velocity along its blades?
7
How does having a bigger engine placed slightly more forward and higher impact the plane in pitch?
1
Why is a reduction in lift called 'drag'?
0
New Research: VGs increase lift to drag ratio up to 880%. Does it work for flaps too?