Why is the lower deck of the Airbus A380 curved like a single deck airplane?

I recently traveled on the lower deck of an A380 and the section where the side walls of the fuselage and its roof top meet is curved just like any single deck airplane. 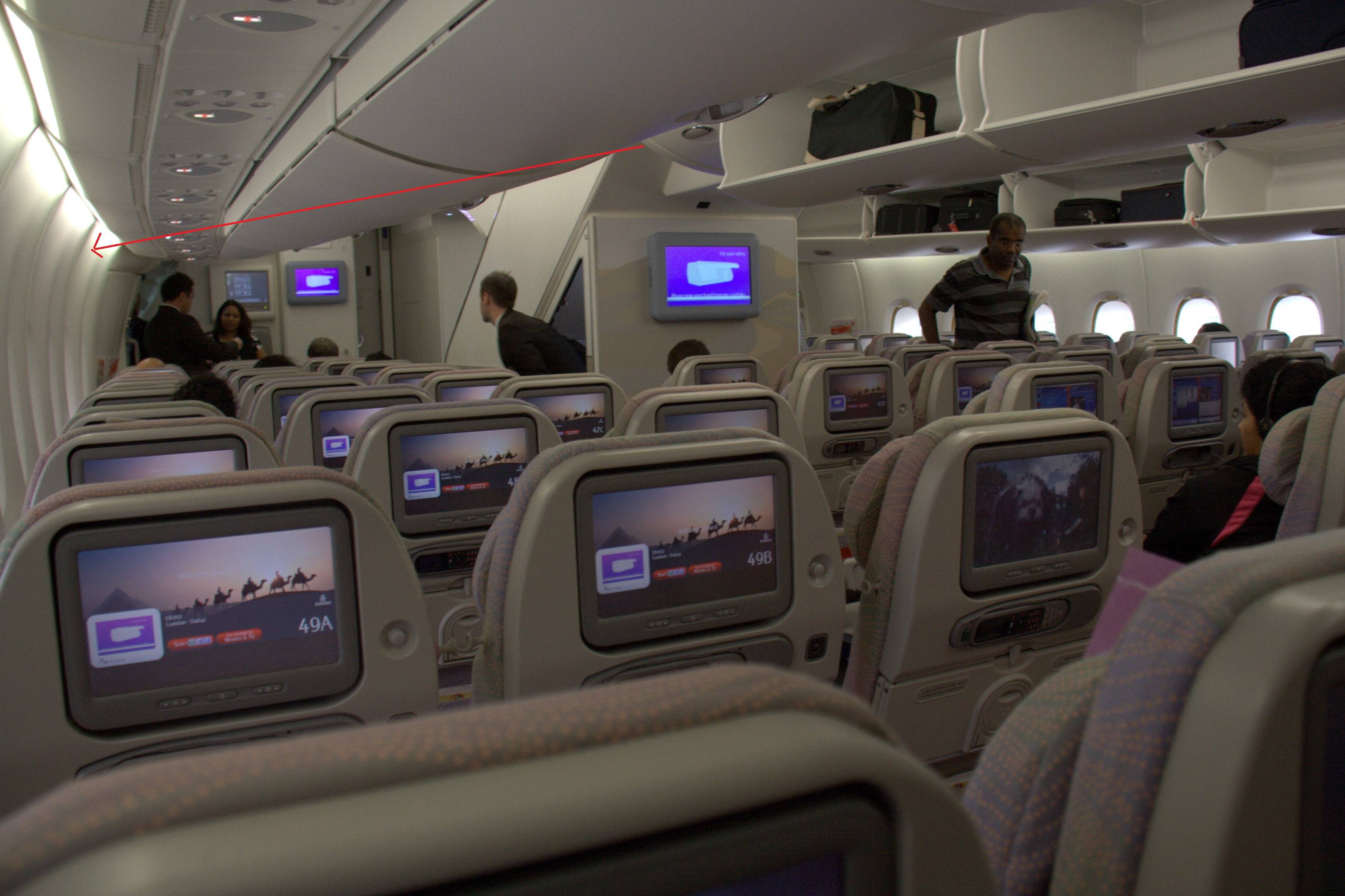 If there is a deck above me (which there definitely is) then why does the lower deck have to be curved near the top? Shouldn't it be straight on the sides?

Shouldn't it be straight when there is one more deck above it? I'm sure that it's just the interior that is curved and the external structure is indeed straight but does it serve any important purpose?

Here is what i saw: 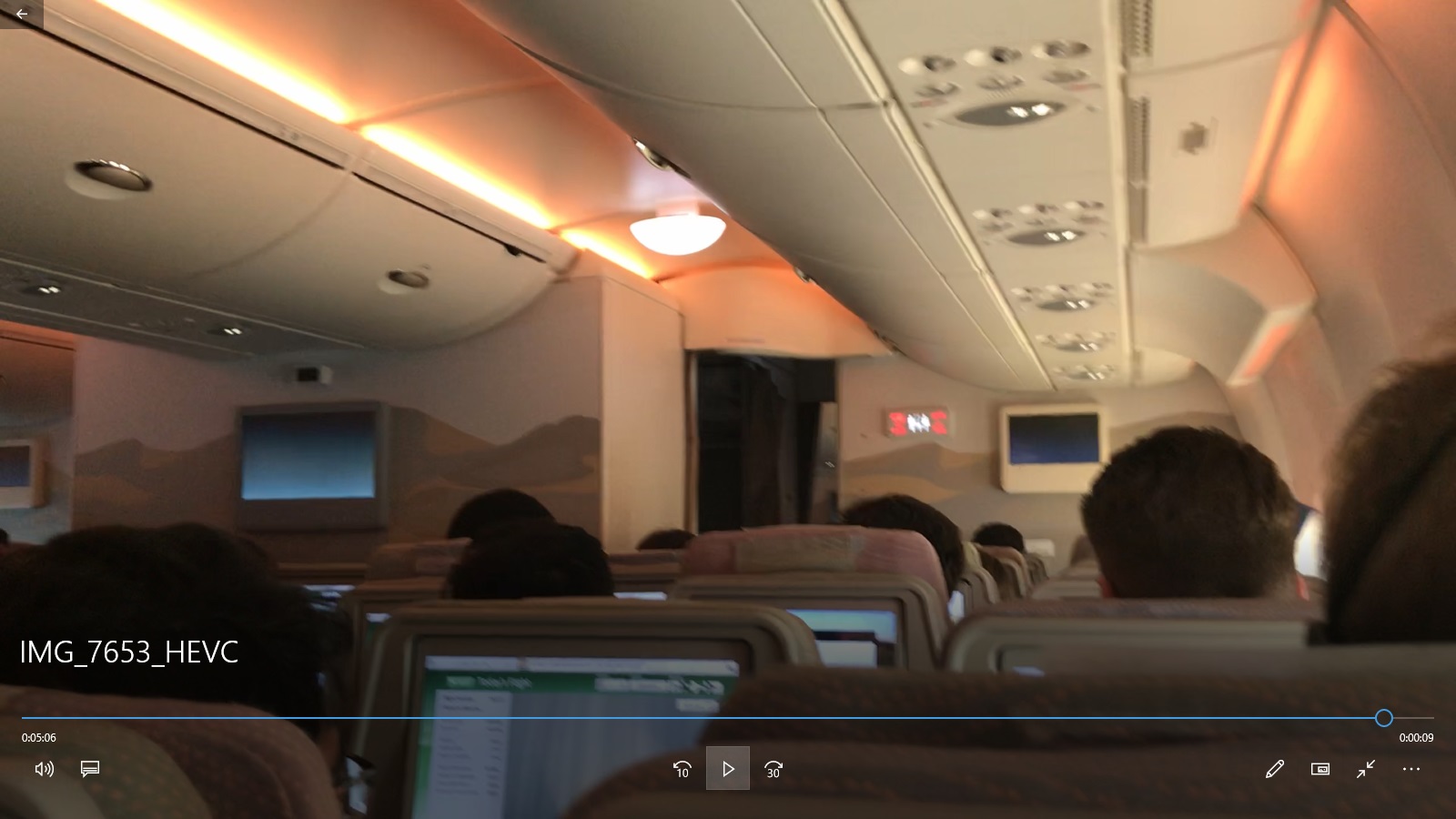 Notice that even the roof is curved, is there a structural reason for that as well? On the side wall one of the rows has an extra covering on it, I'm almost sure that is to cover one of the brackets as mentioned in the answer below but even without that the whole cabin is curved.

The cabin interior is curved to accommodate, among other things, the brackets holding the upper deck floor beams.

These brackets are a structural feature that transfers the weight of the upper deck to the fuselage with considerably less reinforcement that a straight T-joint. The bracket acts as a small truss element, creating a triangle with the deck and the fuselage that partially turns bending loads into axial ones.

Here is an actual production cutaway, noticeably different from wiki's simplified representation of the A380's cross-section: 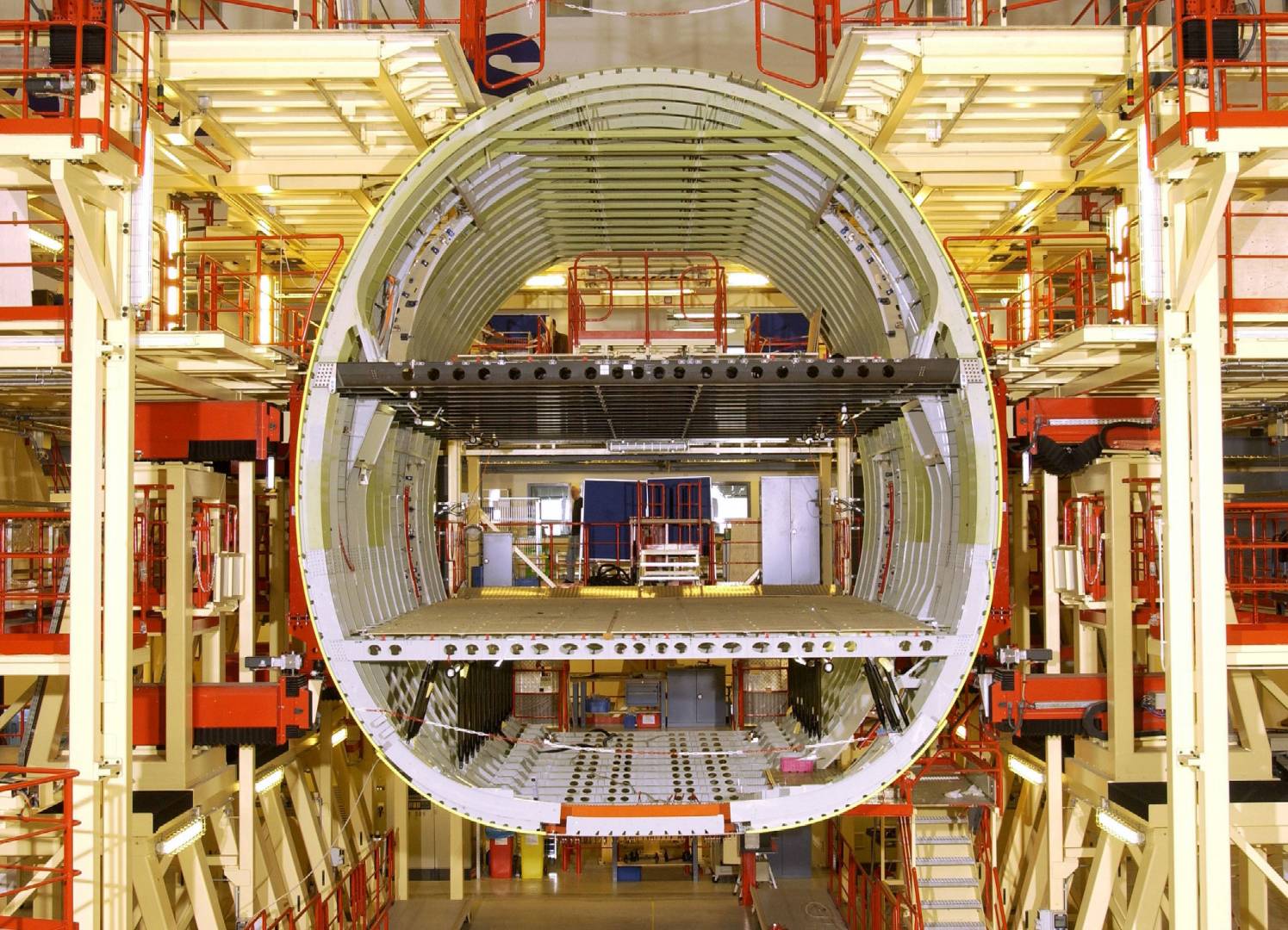 It would be possible to only wrap the interior lining around the brackets themselves, not along the whole length. But they're not the only thing there (although others could be rerouted; structure requires testing), and this curve saves a bit of weight, so Airbus curves the whole interior by default. An airline could request something different if they wanted to.

Consider this photo of the cross-section of the A380 and the illustration below. You can see the cargo deck on the bottom, the lower deck (where you sat) in the middle, and the upper deck on the top. All have curved walls because the entire fuselage is curved. Straight walls would waste the space between the walls and the curved sides of the aircraft, and no airline wants unnecessarily wasted space. 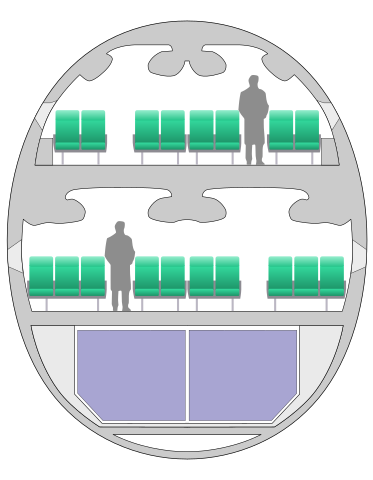 We have a previous question, Why is the fuselage on an airliner circular-shaped?, that addresses why elliptical designs are generally used for modern pressurized jet airliners.

Apart from the triangular braces whose curved covers are more prominent than the rest of the wall in the new image added in the question, the cross section does not fully explain the rest of the curvature. The new photo is from row 58, which is away from the nose section and exhibits minimal barrel distortion.

This photo of an Emirates A380 undergoing a C-Check shows that the insulation -- with some of the panels removed -- is less curved where it meets the ceiling (upper deck), and that the curved panels are likely there to accommodate the plumbing, such as the air conditioning plumbing (note the pipes in the image).

This photo of the main passenger deck of an A380 with the interior panels not installed shows the walls curvature and the plumbing. Compare with the upper deck.

Not the answer you're looking for? Browse other questions tagged airliner airbus-a380 cabin-design or ask your own question.

31
Why is the fuselage on an airliner circular-shaped?

12
Which aircraft have elevators (lifts)? How do they work?
12
What is this little door on the upper deck of the A380?
25
What are the "lumps" in the A380 flight-deck?
8
Is the Airbus A380 a viable shorthaul airliner?
0
How do they fill fuel in big aircraft?
1
How many LRUs are there in modern aircraft like a Boeing 747 or an Airbus A380?