Does increase in the thickness of a camber airfoil mean more drag will be produced? Why do slow flying planes have thick airfoils when it will just slow them down even more?

There are several reasons for using thick$^*$ airfoils. 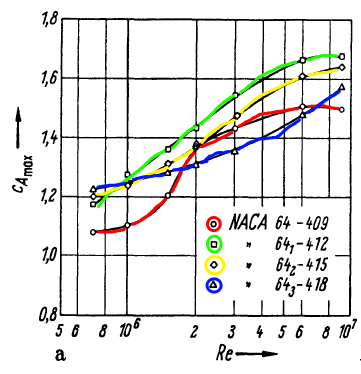 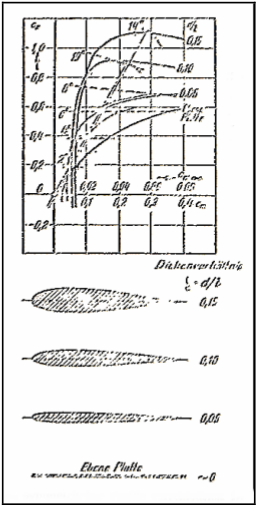 Source: B. Rögner, Flugwissen. I couldn't find the original source Rögner took the diagram from, if anybody knows it feel free to comment.

The quality of image is bad, but you can recognize both the higher $C_{L,max}$ and drag coefficient of thick airfoils.

In Hoerner's Fluid Dynamic Drag, Chapter 6.A.2, you can find more formulas to approximate the drag coefficient and take other parameters into account.

A good resource for understanding the influence of airfoil parameters on their aerodynamic properties is NACA TM 824.

Yes, and even more precisely it should be worded a bit differently: The drag coefficient is grows linearly with airfoil thickness. Airfoil thickness means that the air has to flow around the airfoil. This displacement effect causes the flow around a thick airfoil to speed up more than around an equivalent but thinner airfoil. The thicker airfoil pushes the air aside and around itself more, causing the flow to accelerate and create more friction than the slower flow around a thinner airfoil. This effect is normally approximated with an additional term in the friction drag formula which is proportional to relative thickness.

Starting from the friction coefficient along a straight wall $c_f$, this additional friction drag has been captured in an empirical formula which gave the best fit to a wealth of airfoil drag data, cambered and uncambered. This is the formula for the zero-lift drag coefficient $c_{d0}$ of an airfoil: $$c_{d0} = c_f\cdot \left(2 + 4\cdot\delta + 120\cdot\left(\frac{1}{\sqrt{1-Ma^2}}\right)^3\cdot\delta^4 - 0.09\cdot Ma^2\right)$$ where $\delta$ is the relative thickness of your airfoil and $Ma$ the Mach number.

That slow flying aircraft use thick airfoils is not generally true. However, larger aircraft want to use thicker airfoils in their wing root in order to make the wing spar lighter. By using a wider distance between the lower and upper spar caps, smaller caps can be used for the same bending strength.

In order to maximise lift, leading and trailing edge flaps are used. Thicker airfoils make their integration easier, and they allow to carry more fuel due to the wing's higher internal volume. However, beyond 20% thickness at subsonic speed and 14% at transsonic speed thickness becomes a liability - the flow will separate too early to make thicker airfoils practical.

Not the answer you're looking for? Browse other questions tagged wing airfoil airplane or ask your own question.

7
What are the conditions for an airfoil to be a “thin airfoil?”
4
Is it best to use a thick airfoil or an undercambered airfoil for slow speed flight?
2
How can the zero-lift drag coefficient (parasitic drag) be calculated?
1
Pros and cons of a thin cambered wing?

2
How does airfoil thickness affect the Mach number at which it experiences transonic flow?
4
Documentation about “drag stabilized flying wings using non-reflex airfoils”?
1
How to find coordinates of the geometric center of a NACA 4-digit airfoil?
6
How to pick a good airfoil based on Cl and Cd
4
Is it best to use a thick airfoil or an undercambered airfoil for slow speed flight?
4
What is the purpose of thinner airfoils used near wing tips?
1
Circular arc airfoil wing: why does the wing nose down twist due to camber?
1
How to reproduce NASA/Langley airfoils for general aviation with long chord lengths?
0
A question regarding airfoil parameters
1
Which airfoil to use for high subsonic flight?