Should I add balloons in my Ultralight wing to help it float if I land in the water?

I like to fly over rivers and lakes in my ultralight. One of the things that scares me the most is if my engine died, I might drown down in the depths of the water as I egressed out of my ultralight.

My Hy-Tek Hurricane has an aluminum front and rear spar, with a few spreader tubes, and then it has simple aluminum tube ribs which slide into pockets in the Dacron wing covering. This leaves nothing but empty hollow space inside 99% of my wing. 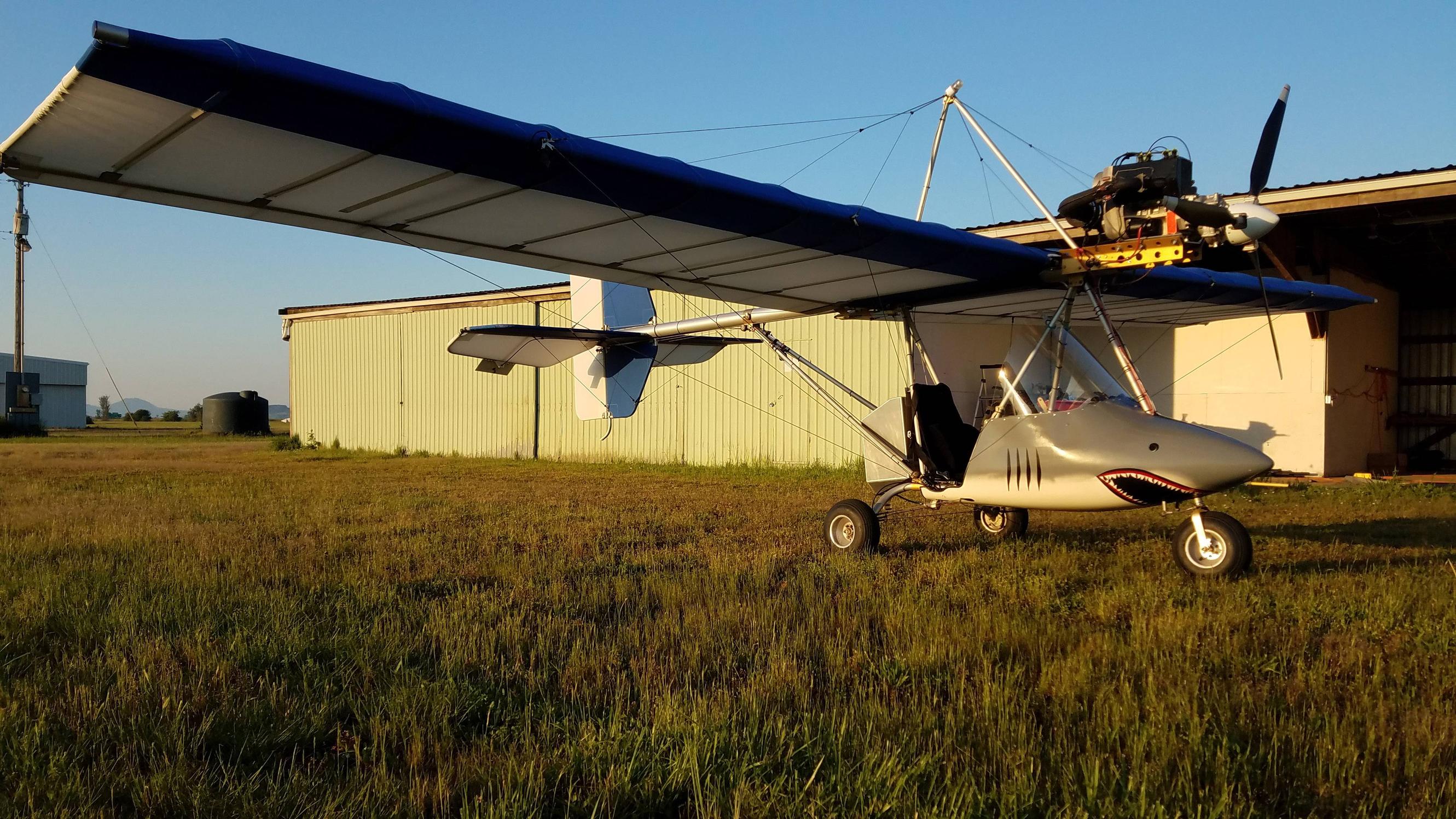 Has anyone ever thought of adding some lightweight durable air-filled balloons inside their ultralight wing to add buoyancy in case of a water landing which would almost certainly flip my tricycle gear ultralight? As it is, the wing has plenty of gaps in it which would allow water to rush inside and sink my plane. I don't know how long that would take, but I would rather not find out!

My aircraft weighs just slightly less than 254lbs. So I would need approximately 254/8 = 31.75 gallons of air to maintain a neutral buoyancy, and I would probably want to add another 30% or so to that to turn my ultralight wing into basically a flotation raft if I ended up in the water.

So does anyone have any good ideas on what to stuff inside my wing so my little "ultralight" doesn't turn into an "UltraAnvil" and sink to the bottom with me drowning next to it? If I crashed in the water, I figure I probably have a 50/50 chance of extricating myself from the wreckage without drowning right away, considering the impact will probably knock the wind out of me. It would be difficult, but I think I could do it. If I was at a full stall when I touched down I think I would survive, but would certainly flip upside down, then it would be a mad scramble while upside down underwater to get the safety belt off and yank my helmet and it's wires off and kick free.

But if I CAN get out, the next problem is that I am fully clothed with shoes, maybe a ski jacket, gloves, jeans, thermals, and everything else. I have had an unlucky experience of being fully dressed while flailing in the river before when I dashed out to rescue an R/C plane once, and it was very dangerous, and I nearly did drown (I will never do that again!).

It sure would have been nice to have a partially sunk ultralight next to me to hang onto! So I was thinking balloons, because that would be easiest. I could just inflate maybe 100 balloons or so and then stuff each of them up in the zippered inspection seams, 50 in each wing. The weight would only be maybe 8 ounces or so of all the balloons, and I can't imagine that they would hurt anything inside the wing. Is this a good idea?

Not practical to put balloons in the wings. They would expand at altitude, messing up the wing profile. How would you control that?

The best option, possible if the fabric is reasonably impermeable, is to seal all possible ingress points in the wing, leaving a small vent hole at a point least likely to be submersed, like the wing root trailing edge. This will at least delay the sinking. You could use ripstop repair tape used for fixing tents.

That'll slow down the sinking process, giving you lots of time to get out. Then wear one of those compact inflatable vests that boaters use that drape around your neck that you inflate when needed, for swimming to shore.

Even better, with all the weight you would add with various other solutions, might as well get a set of Puddle Jumper amphibious floats. Might as well make it possible to land on water anyway. Problem solved.

Balloons aren't safe, puncture-resistant flotation devices. Most will puncture if damaged. Also, their location is too far overhead for personal safety. Also, balloons leak, so you'd have to refill them every once in a while, which would be very tiring.

For personal safety, one option is getting a HEED, also known as Spare Air. They have a bad rep, but their initial purpose was getting out of a drowning helicopter, and that's where they do work. It does require a bit of training to use safely, but mitigates more risks than it adds.

Keeping the plane afloat would probably require something tougher than balloons. Sealed lift bags are flatter, easier to refill, and won't tear as easily. But the fuselage will still sink, and keeping it afloat gets into more unorthodox solutions with inflation, which add their own complications.

It's more important to make sure you have a PFD and signaling equipment yourself - even for a good swimmer, staying afloat for a long time is exhausting.

Not the answer you're looking for? Browse other questions tagged landing ultralight or ask your own question.

30
If I have a float plane, can I land on any body of water?
6
What is this extension/device on top of the wing of this ultralight?
4
How strong would a servo motor need to be to power the control surfaces of a fixed wing ultralight aircraft?
2
How is the airfoil of a fixed wing ultralight constructed?
1
What is the best or most popular way to reduce wing tip vortices on an ultralight operating at 600-800k Re?
4
Does a tandem ultralight need flaps on the rear wing if the front wing has flaps?
3
What indication has the FAA given that phrases like "surface area of Class E airspace designated for an airport" do or don't include E4 "extensions"?
3
Why don't aircraft owners put vortex generators on the top of their flaps to extend single flap lift creation past 40 degrees?