Why was a Lockheed L-1011 chosen by Orbital ATK for its Pegasus launches?

Not sure whether this fits better here in Aviation, or would be better suited for Space, but since the question is about a terrestrial aircraft, I'll start it out here.

The topic of my question is why was the Lockheed L-1011 chosen by Orbital ATK as its aircraft launch platform for its Pegasus spacecraft launches? On the surface, choosing an L-1011 seems odd because it's no longer being manufactured (not a big deal, probably), but also with so few airworthy L-1011 aircraft still in existence, it seems like an odd choice, being such an unusual aircraft from a maintenance and spare-parts standpoint.

Is there some performance reason that they chose to use an L-1011 that makes it a better aircraft for their launch purposes than other aircraft of similar size that have higher numbers of still-flying airframes?

One reason the L-1011 was chosen was that the keel beams on the L-1011 are spaced such that they could create an opening inside the aircraft for the verticle tailfin of the Pegasus when mated to the bottom of the aircraft and do so without jeopardizing the structural integrity of the airframe. This allowed them more clearance than other aircraft although the L-1011 still have to be jacked up to mate the Pegasus.

Second, while the L-1011 is no longer manufactured, there are enough of them still sitting around that getting parts was still an option, and in fact, sometimes entire aircraft were available for purchase.

Third, they were able to acquire their own L-1011 simulator from Delta and they operate it on a regular basis to maintain their flight currency. Since they own it they can make modifications to it to allow them to not only simulate their training environment but also their launch environment.

And lastly (although may not have been a consideration) some of the pilots of the Stargazer were Lockheed test pilots.

For more information, you should watch this short video: 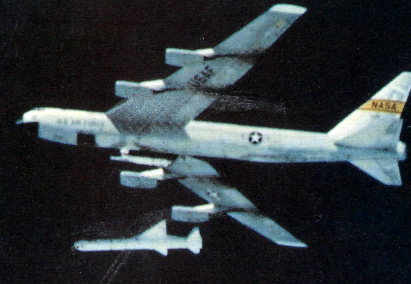 The initial carrier was NASA's DFRF B-52-008 – aka Balls 8. As the rocket increased in size and weight, Orbital needed a more capable carrier.

A study was initiated in late 1991 to identify the optimum carrier aircraft for long term Pegasus launch operations. Some of the aircraft considered included the B-52G, Boeing 747, DC-10, and Lockheed L-1011. Some of the factors considered included performance capability (altitude and speed capability for launch), aircraft range (both ferry and launch), modification complexity and cost, aircraft availability, acquisition cost and operational costs.

Following a detailed trade study, the Lockheed L-1011 was selected for conversion to serve as a Pegasus carrier aircraft. Orbital Sciences acquired a L-1011 aircraft in May 1992, modifications to carry Pegasus are complete, and the aircraft is currently undergoing certification testing. The L-1011 is scheduled to be operational in the Fall of 1993.

Is there some performance reason?

For a fixed payload, nothing stands out in the L-1011 that a 747 or DC-10 can't do. So the reason would have been likely to do with the "modification complexity and cost, aircraft availability, acquisition cost and operational costs."

The aforementioned detailed study is not in the public domain as far as I have looked, but that particular L-1011 has been with Air Canada since 1974. The L-1011 was also not in great demand by the airlines – its slow initial sales due to development delays gave the DC-10 the upper edge – so it would not have been expensive to acquire.

It needed ground clearance for the rocket limiting the choice to the largest of the widebodies. At the time of selection (mid 1990s) the L1011 was already out of production and much cheaper to purchase than a 747 or MD11. Operating cost was immaterial due to infrequent use. You can see here that even with size, they still had to jack up the aircraft to get the rocket underneath. 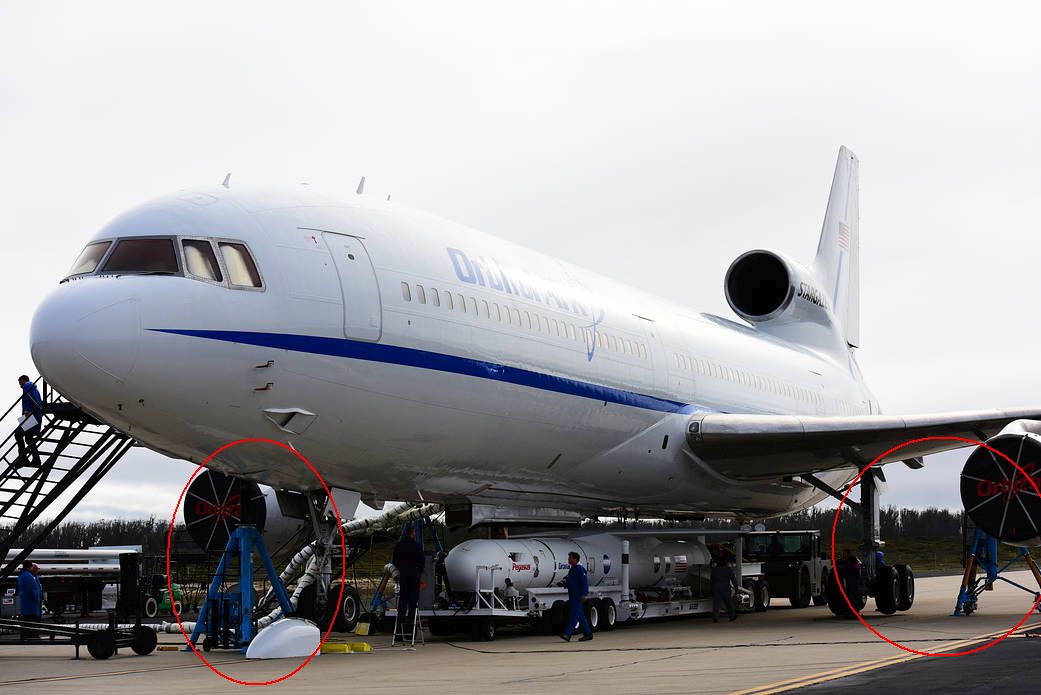 Given the age of the L1011 launcher, an agreement was made in 2016 between Orbital and Stratolaunch to use the larger carrier aircraft for up to three rockets at a time. Few details were made public. 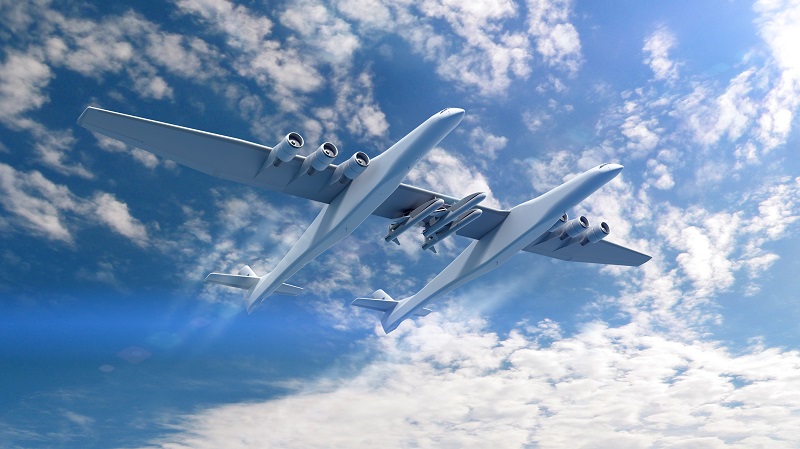 They're not the only ones turning to used aircraft to do this. Virgin Orbit is refurbishing a 747-400 from Virgin Airways. The benefits are

Mighty Planes (Season 4, Episode 2) shows an animated view of the interior of the L-1011, with two keels spaced far enough apart for the Pegasus fin to insert into the fuselage.

That's the reason they give. They claim it is (or was) the only wide-body with two parallel keel beams.

Not the answer you're looking for? Browse other questions tagged aircraft-design aircraft-performance rocket lockheed-tristar or ask your own question.

36
Why do passenger jets accept input that will cause the aircraft to perform dangerous maneuvers it was not designed for?
8
Why was the Graf Zeppelin's endurance when fully fuelled with both fuels less than the sum of its endurances with each fuel separately?
9
Why was the B-52's wet wing more susceptible to fatigue than its dry wing, and not less?